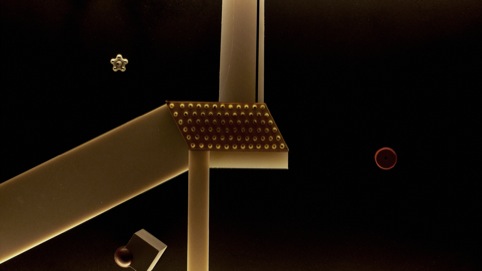 He’ll be looping a projection of the stop-motion short film Shift, which, ‘Combines science-fiction themes abstracted and explored through colour, movement and shape.’

It’s also apparently, ‘An attempt to visualise higher dimensions and unearthliness, taking into account these concepts’ heightened awareness when attempting to process or predict the end of the world.’ Yikes…

With a cast seemingly drawn from a DIY store (cogs, nails, LED lights etc) the film was developed as an Animate Projects commission for Channel 4’s Random Acts and, Hattler says, builds on his 2008 work AANAATT, developed with Japanese electronic musician Jemapur.

You can see more of Hattler’s work here.

How the Web changed the world