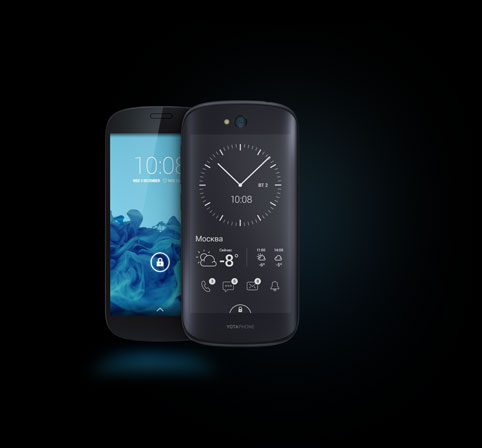 Yota’s second generation of smart phone YotaPhone 2 has a traditional smartphone display on the front and an e-ink display on the reverse, which have been designed to communicate with each other so battery life can be saved.

The phone’s e-ink display is similar to that found on a kindle e-reader. It is energy efficient, acting as a second screen interface and has been designed with multiple dashboards, dedicated apps and a range of phone modes. 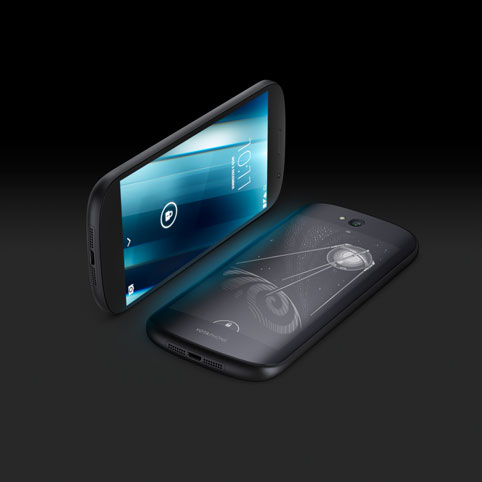 A dashboard gives at-a-glance views, which can be personalised with downloadable app widgets that show both static and dynamic information.

Other features include a one-touch response to answer calls, emails and text messages and there is a customisable black screen with a cover that AllofUs says “makes the most of the ‘always on’ nature of the e-ink screen.”

The consultancy has also designed the screen’s YotaEnergy mode, which helps extend battery life and YotaMirror, which allows the user to run all of their apps in the e-ink display. 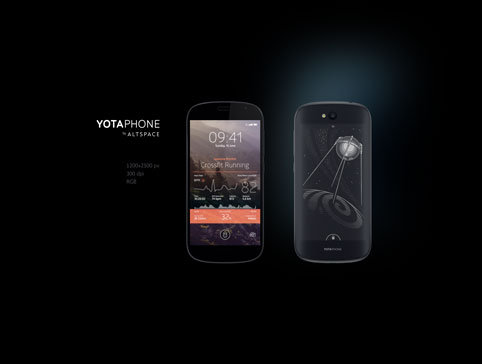 AllofUs co-founder Nick Cristea says: “Ultimately, the success of having an additional e-ink display will come down to the design and user interface, which is where we were brought in to help, starting with the device USPs and how they match real consumer needs.”

A GIF novel from Wild Beasts and Mattis Dovier