Hyland’s design for the covers combines a portrait of the monarch with a relevant subtitle on a detachable cover and the royal’s signature in gold on the hard cover underneath.

A different history writer has completed each individual book – as a result, Hyland commissioned a different illustrator for each one, encouraging individuality in the cover designs. He says: “I wanted the books to cover a really broad range and if an illustrator had created more than one, there would have been some kind of connection between monarchs, which I didn’t really want. It was much more fun to have a broad range of styles and interpretations.”

In commissioning multiple artists, Hyland says that the artistic interpretation of the portraits was left to the artists themselves. “The idea was to create an alternative National Portrait Gallery,” he says.

However, although the illustrations differ, the design is unified. “All the portraits are printed on a foreshortened dust jacket – an outer detachable case which doesn’t cover the entire book height-wise,” he says. “The idea is, when you take this off, there’s a very standardised design, with the gold signature underneath and the same typography.” 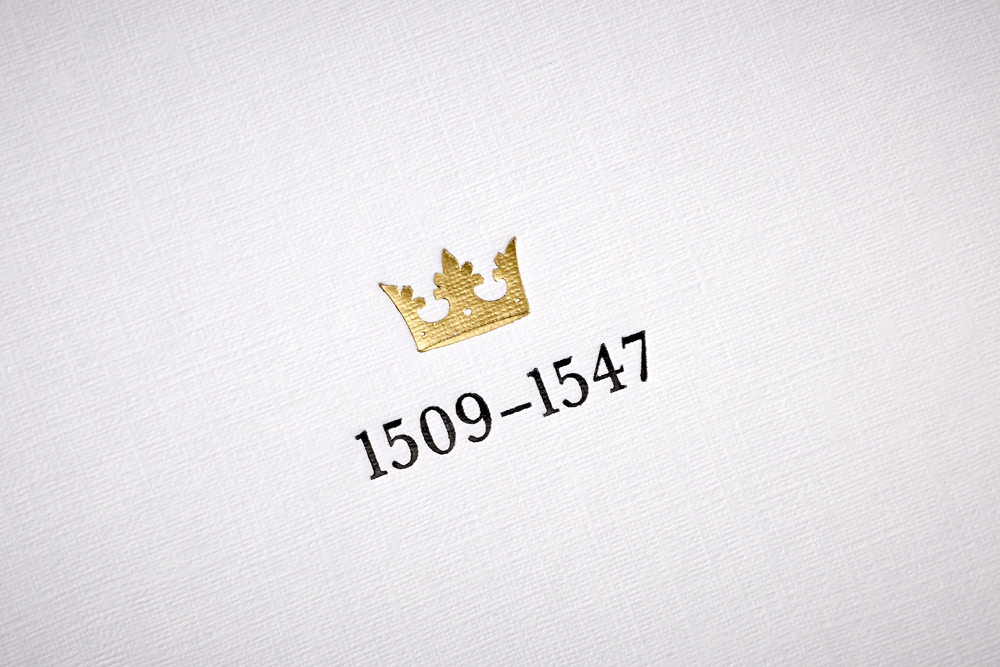 The books are also grouped by royal houses, for example, Tudor and Stewart, with a particular colour for each house.

The artists who worked on portraits of monarchs dating back to early centuries have used more artistic license in their depictions, Hyland says: “The earlier monarchs, with less references, are much more open to interpretation. We’ve tended to choose less realistic styles, and ones that are more emblematic. The more modern the era, the more visual evidence there is of what the monarch actually looked like.”

“The subtitles provided a little bit of a lead to the interpretation,” he says. “For example, the subtitle for Edward VI is ‘The last boy king’, so the illustrator, Vania Zouravliov, has given him a haunted, emaciated look.”

The portrait depicting George VI uses a split of tone on the cover, with the graphic changing from light to dark. “This could be for stylistic purposes or it could allude to his speech impediment,” Hyland says. There is also a red line across the image of illustrator Iker Spozio’s depiction of Charles I, referencing the monarch’s decapitation.

The first five books were unveiled on 1 December, and include 16th century through to 20th century monarchs Henry VIII, Edward VI, Charles I, George V and George VI. The rest of the series will be released over the next three years.

Design Museum to rebrand with £80 million move to Kensington