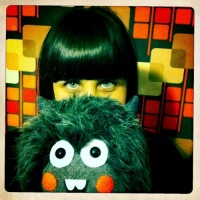 “I really like Pipo-kun the mascot for the Tokyo police force. I love that Japan has mascots for its police force. He’s been designed as a kind of super cop but the attributes given include ‘large ears to help him hear people in trouble, an antennae to catch quick movement and large eyes to watch every corner of society’. Instead of creating an intimidating Robocop-style character they have given us an adorable alien/mouse hybrid. And as far as Olympic mascots go my favourite is Misha the bear from the 1980 Moscow Olympics.’

“Mascots are odd things. Kids love them, adults don’t understand them. The commercial desire outweighs the effort, time and creative process needed for them to be appreciated. I was lucky enough to work on the 2002 FIFA World Cup. The Mascot (obviously my favourite ever) became a big part of our ambitious client’s vision at the time, ending in a 26-part series. We certainly didn’t want cuddly toys! We delivered an adventurous story that engaged and we delivered an army of characters fit for purpose. They then went through the commercial machine and they delivered the cuddly toy, key ring, sticker set…”

“Like many major sporting event brands, the modern day ones suffer from the same fate: trying to say everything to everyone. And as a result, say nothing at all. If you stand in the middle of the road, you’re going to get run over. My all time favourite mascots would never make it through a modern day ‘committee’. World Cup Willy, the warmly sketched footballing Lion (England ’66) would likely be deemed too scruffy. Pique, the mustachioed Mexican with a chili pepper sombrero (Mexico ’86) would probably now be considered racist, or patronising. And there’s not a cat in hell’s chance that the bold graphic approach of Ciao (Italia ’90) or its restrained colour palette would now make it through ‘brand’ – swapped out, instead, for the ubiquitous ‘let’s not upset anyone’ primary palette. To me, all of the above are charming, memorable symbols of national pride. The irony is that, commercially, Pique or World Cup Willy would outsell any of that modern homogenised drivel hands down. As legendary sports commentator Alan Partridge once said: ‘It’s political correctness gone mad’.” 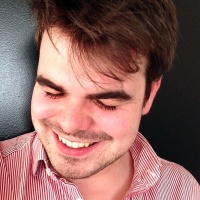 “Mascots have a tendency to look heavy with compromise, but Javier Mariscal’s mascot for Barcelona’s 1992 Summer Olympics never looked burdened by the sizeable committee that signed him off. Considering Mariscal’s impossible brief, Cobi the Cubist Catalan Sheepdog is an impressively singular vision to have sprung from a boardroom.”

“My personal favourite is Mariscal’s Cobi the Catalan Sheepdog for the Barcelona 1992 Olympic games. Despite attempting to nod back to Picasso’s work with its strange Cubist head, it was at least one of the more marketable mascots to come out of the Olympic Games because of its simple, cartoon-like design – for goodness sake, Cobi even had its own TV show! Not many can make that claim.”

How does your salary stack up?