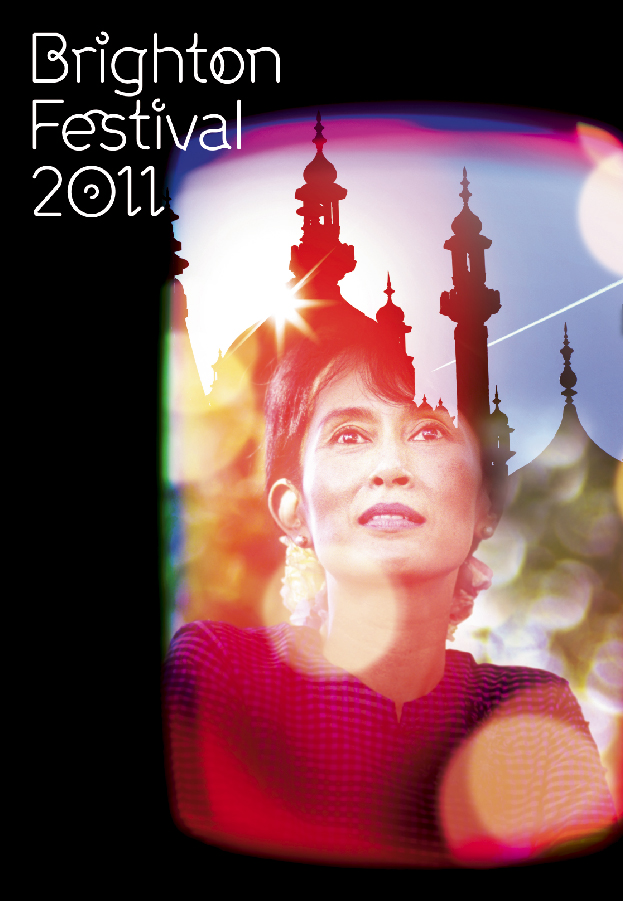 Harrison & Co has designed the leading brand image and communications for this year’s Brighton Festival which will be guest-directed by Burmese opposition leader Aung San Suu Kyi.

The consultancy was appointed on the strength of its 2009 and 2010 campaigns for the festival, guest-directed by Anish Kapoor and Brian Eno respectively.

To create the main image Harrison & Co has applied a double-exposure effect to give a ‘filmic’ feel, says founder Chris Harrison. A sourced image of Aung San Suu Kyi by photographer Stuart Isett has been overlaid with a Brighton Pavilion image taken by Harrison.

Aung San Suu Kyi will not attend the festival, which will take place in May, instead remaining in Burma, having only been released from house arrest in November 2010.

Burmese typography has been used to tweak the logotype, which is set in the Progress font. The Burmese typographic style is ‘quite geometric, based around lots of circles and ornate symmetry’, Harrison says.

A 72-page festival programme has been designed using a set of icons inspired by the Burmese alphabet. Rolling out across a suite of materials the brand image will appear on street banners and posters.