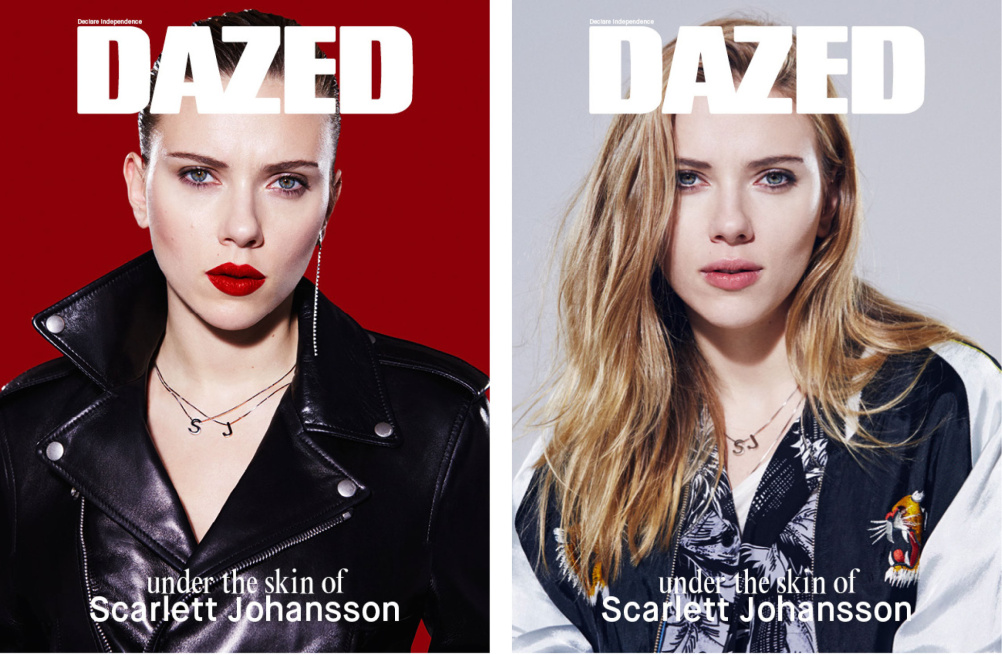 The print magazine, which was a monthly, has been redesigned as a bimonthly, and launches on 27 February. The website will take its cue from this new look, with Dazed saying the title is aiming to reposition as ‘digital first’.

Campbell-Colquhoun says, ‘We are going for clean, modern look by simplifying the grid and structure. This allows space for more focus on imagery.’

Dazed says the new look is a ‘printed manifesto’ for Dazed Group, which also publishes AnOther and AnOther Man magazine.

Campbell-Colquhoun says, ‘This relaunch of Dazed is to consolidate the fact that we’re a fashion and digitally focused group, and all our titles reflect a different side of fashion and youth culture.

‘This update of Dazed is to create more of a cohesive mix with AnOther Man and AnOther as well as dazeddigital.com and anothermag.com

The magazine is re-launching with Scarlett Johansson on the cover with the headline Under The Skin – the title of her latest film – but also the new positioning of the magazine, according to Dazed, which says it is  ‘getting under the skin of the creative industries & unpacking the creative process’.

Objects of Our Time