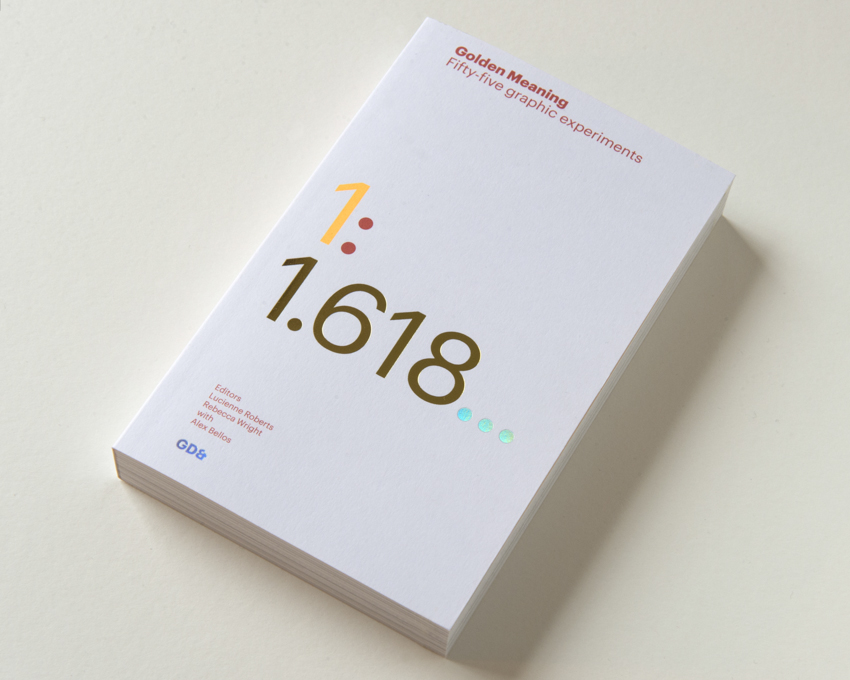 Artists and architects including Le Corbusier and Dalí have used the Golden Ratio in their work, and it is also said to be perceptible in some everyday designs, such as the size and shapes of postcards, wide-screen TVs and cars.

The Golden Ratio can be a tricky concept for those of us who are less mathematically gifted, which is why Wright and Roberts enlisted mathematician and journalist Alex Bellos to work with them on the project.

The pair say, ‘Alex patiently scribbled diagrams on napkins, suggested references that might inspire and gradually introduced us to his world, while we scratched our heads.’

Suitably enlightened, Wright and Roberts then sent out a brief to a selection of designers, asking them to communicate, demonstrate or explore the Golden Mean.

Designers including Malika Favre, Bibliothèque and Vaughan Oliver responded with a range of cencepts.

‘There are many golden rectangles, golden spirals, golden angles and there is even a golden ass and some golden flapjacks.’