This is according to Illusion Confusion: The Wonderful World of Optical Deception, a new book which charts the development of mind boggling images – beginning with cave paintings around 13,000 BC.

Fast-forward to 1485 and Leonardo da Vinci was questioning linear perspective – the reproduction of a view as seen from a fixed point.

Da Vinci sketched an eye that had to be turned to be perceived correctly. Later Holbein painted The Ambassadors, featuring an anamorphic skull within a larger work that could only be viewed by stepping away from the centre of the painting.

Some of the effects, like those of the Vorticism movement were applied to military ships as camouflage during WWI and even influence branding today, while M.C Escher’s gravity-defying adventures in perspective inspired last year’s London Design Festival centrepiece. 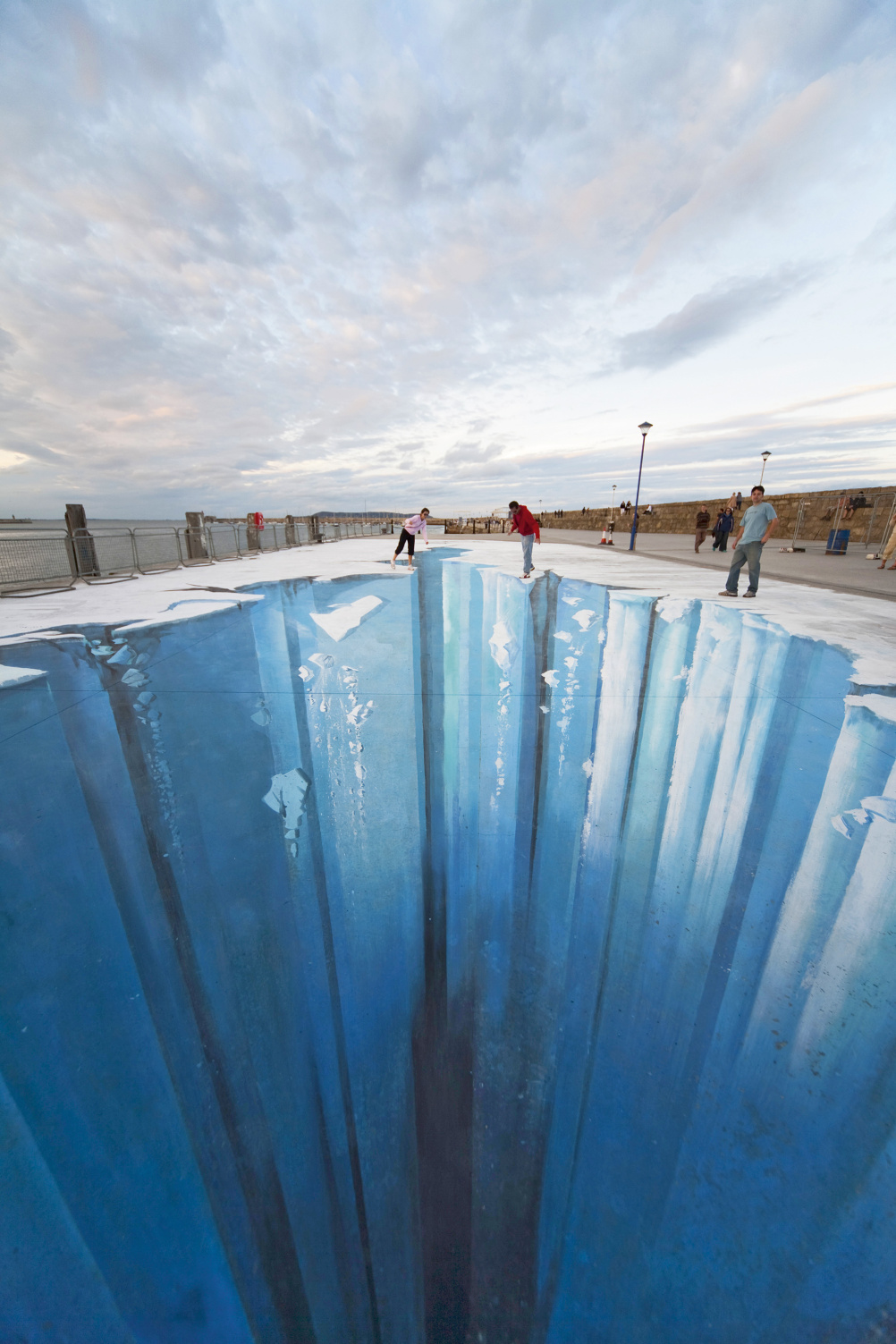 The book is organised by chapters including Impossible Illusions in Perspective, Tessellations and Illusions of Depth and Distance, and Upside–Down Illusions, which is a brilliant but headache-inducing selection of faces which emerge whichever way up you hold the book.

Ambiguous Figures and Figure Ground Illusions looks at, among other things, negative space – a key tool for graphic designers.

Across the book examples are drawn from psychology, the popular press, the decorative arts, contemporary street art and the fine arts, and it is probably equally useful as a resource or simply a mind-bending trip.

It has been authored and designed by Paul Baars, a brand designer based in Amsterdam, the Netherlands.

Illusion Confusion is published on 24 February by Thames and Hudson priced £18.95.