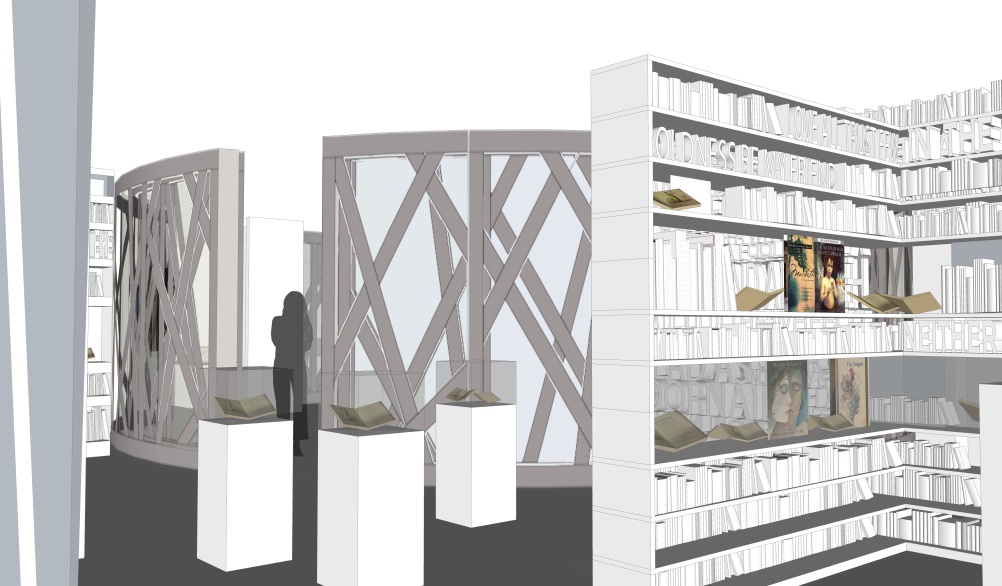 The exhibition will be at the entrance to the house and gardens where Shakespeare was born and brought up. It will aim to introduced visitors to the key narratives of Shakespeare’s life, and show the writer’s continuing affect on the world around us.

Real Studios co-director Yvonne Golds says, ‘We wanted to show how he’s still all around us, whether we recognise it or not, in music and plays and the phrases that we use every day.’

Visitors to the exhibition will first be greeted with 12 different portraits of Shakespeare, in different media, hung on walls and bookcases. These aim to reveal ‘the many faces of Shakespeare’, according to Real Studios.

The next exhibit will be a wall of text, which will be a tapestry of the many phrases and words coined by Shakespeare that have found their way into everyday speech – such as ‘all of a sudden’ and ‘in a pickle’.

This will be accompanied by a montage of images sent in by the public, depicting Shakespeare-related shop names, places, roads and venues.

At the centre of the exhibition is a 10m-diameter ‘drum’ space, criss-crossed with red ‘beams’ to hint at Tudor architecture, which will feature audio-visual footage including contemporary theatre performances, music and films.

The final section – which leads into a tour of Shakespeare’s Birthplace – brings together objects and narratives built around the writer’s family and personal mementos.

Throughout the exhibition will be a series of books and scripts owned by Shakespeare Birthplace Trust, such as original script folios and visitor books signed by Thomas Hardy and Theodore Roosevelt.

Real Studios, which was appointed to the work following a tender process, says it developed the project in six months from approval to final construction. The consultancy says, ‘The Bard, who is reputed to have responded best to tight deadlines, would have approved.’