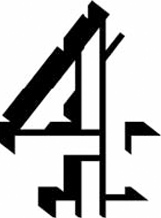 Since 1981 the publisher and broadcaster Channel Four has invested in creativity. The overwhelming view from the Hot 50 selectors is that it’s a powerhouse of great commissioning – providing popular, intelligent and awardwinning programmes.

The Genius of Britain, an IWC Media production, stood out in 2010. The independent television company created a landmark series celebrating the great visionaries of British science, presented by some of our greatest living scientists, including Stephen Hawking, Sir David Attenborough, Lord Winston and Sir James Dyson.

Channel Four’s reputation for creativity extends from programming to installations. To celebrate its 25th anniversary and promote the series Big Art, for example, it commissioned Freestate to develop its screen ident as a ’real ever-changing installation’. A 16m-high steel structure was created in front of its London headquarters. This won an award in the Wayfinding and Environmental Graphics category at the 2009 Design
Week Awards.

Channel Four has also backed digital innovation since 2008 with its initiative 4IP. Although the scheme was scrapped last year by new channel executive David Abraham, the broadcaster continues to use digital as a promotional tool. It recently developed its Blood Foreigners series, which tells the story of 303 Squadron in the Battle of Britain, as an online game.

Children’s show turns on the healing power of imagination