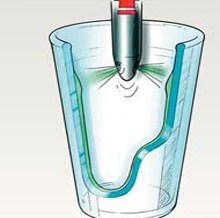 Cuts are a running theme in the 2011 Hot 50 following a tumultuous year. The impact of the coalition Government’s Comprehensive Spending Review, published last October, continues to challenge the design industry, but it is not all doom and gloom in the public sector.

Last year, Design Week reported that 40 per cent of design groups had undertaken public-sector work – indicating that it was a lucrative sector. Some of that work is likely to go, but industry pundits believe the cuts will force public-sector clients to develop their own revenue streams and this could lead to further design briefs.

For the Design Council, though itself subject to cuts, 2010 was a year when relationships it had nurtured within Whitehall started to bear fruit. Prototypes for hospital furniture, developed for its Design Bugs Out programme of 2009, came closer to production. Meanwhile, its Design for Patient Dignity programme, again with the Department of Health, began to take shape.

Working with the Home Office, among others, the council piloted a safer pint glass, designed by Design Bridge to limit the effects of ‘glassing’. It also announced an initiative, launched on behalf of the Home Office and with the Design Against Crime Research Centre at Central St Martins College of Art and Design, to combat bike theft.

Projects such as these show how design can make a difference in society and provide a platform on which Government can build.