Mather & Co was appointed in 2011 by the International Olympic Committee which engaged the consultancy to design permanent exhibition galleries across a 3000m2 space over three floors.

Proctor says, ‘The section looks at how he got The Olympics going again and used it as a tool to promote peace by founding the Olympic ideal and by using sport as a common goal.’

The Olympic World section is introduced on the first floor and the narrative moves on to include a section on the torches and the symbolism of the relay. A permanently burning flame has been lit outside the museum.

The torches give way to a section on Olympic cities – ‘How they prepare, the merchandise they sell, the architecture that’s built,’ according to Proctor-who says an interactive wall helps people ‘see the Games in the the global context of world events.’ 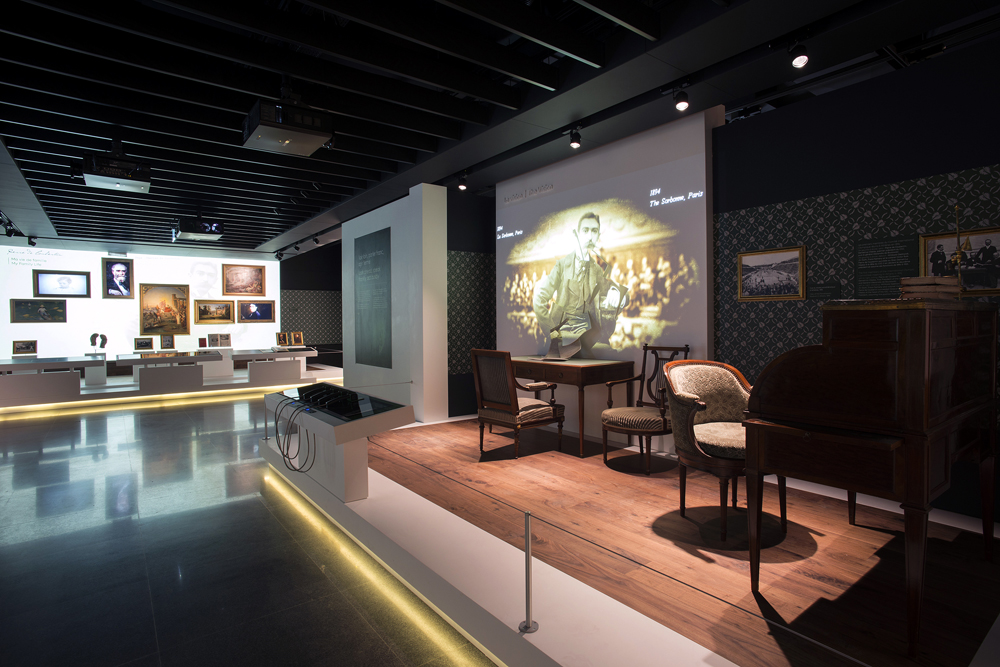 There is also a chance to se the art-work, posters and branding which is associated with each host city.

The floor concludes with an AV presentation of  historical opening ceremonies taking footage from those that there is film for. Costumes on plinths flank the screen.

Visitors will move on to the ground floor where the Olympic Games section begins, placing the sports in the spotlight.

Proctor says ‘An incredible AV show will take you to the heart of the action, and around that theatre there are objects from the winter, summer, youth and Paralympics spanning from when the Games started to modern times.’

These have been divided into four epochs and ‘fan around’ the central theatre, which Proctor says is a dramatic space with different lighting levels.

A subterranean basement floor looks at the Olympic Spirit and ‘what it takes to be an Olympian’ according to Proctor, who says the design introduces the Olympic village and how it accommodates athletes from 204 member countries.

There is also an explanation of the Truce Wall, an ancient Greek custom revived by De Coubertin and signed by all modern athletes.

The London 2012 Truce Wall is on display and a digital version has been signed for visitors to sign.

There are learning and discussion points tackling topics like athlete diet and more controversial ones like doping. Voting interactives have been set up so visitors can answer a series of multiple choice questions allowing groups to compare their thoughts. 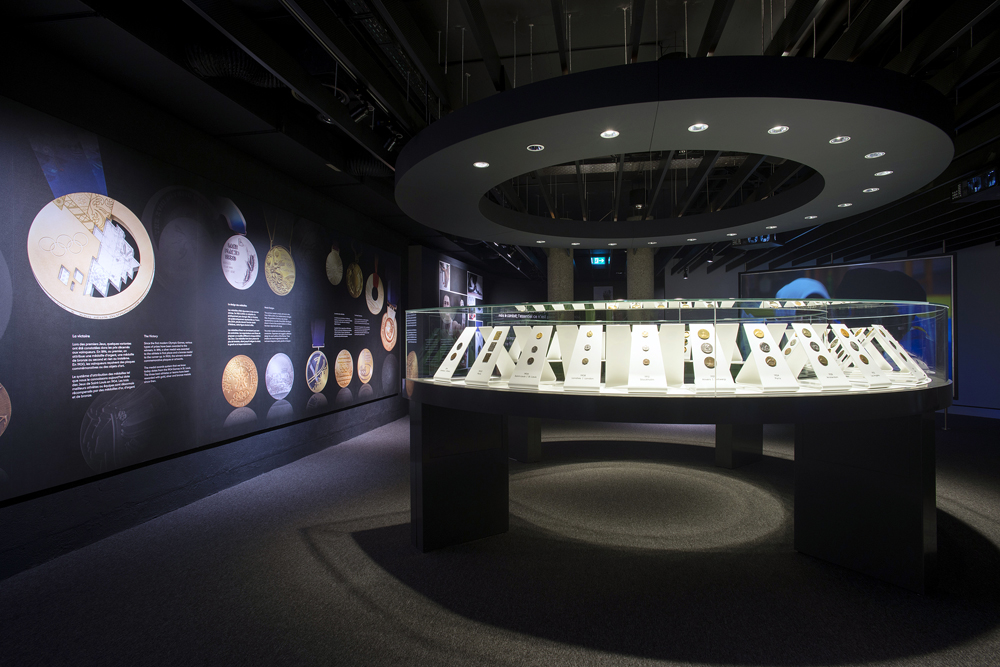 ‘Then you can meet Olympians by sitting down and facing a screen with a talking-head sharing experiences; each athlete has their own screen so it’s an intimate personal exercise, not a group one,’ says Proctor.

There is also a chance to try out equipment and training interactives where visitors can pit themselves against Olympians.

A medal display and AV show are presented in a final zone dedicated to ‘victory, triumph and defeat’.

Proctor says, ‘As an athlete you’ve trained for a lifetime getting ready for this point so we look at the range of emotions – from the people who were just happy to be there to the people who finished second and were devastated.’