Cure was appointed having been invited to a pitch against at least three other consultancies by DJ Sasha’s management company, 360, in September 2010.

The consultancy created a new visual identity for the label, as well as the visual style of the DJ’s forthcoming releases and events collateral such as flyers, posters and billboards.

James Hurst, Cure Studio founder, says, ‘[The client] was really keen to find ways of creating packing that people want to buy, rather than just downloading it.. We wanted to create something beautiful each time with nice print processes, but when we knew the first eight were mapped out we wanted to tie them all together.’

The consultancy created a large visual landscape and skyline featuring cities personal to DJ Sasha. The logo design aims to reflect the ‘progressive nature’ of DJ Sasha’s music, while still appealing to the core dance music audience. It features an ‘abstracted earth icon spun out of control’ and bold typography.

Illustrator Susie Wright of the Higginson Hurst Illustration agency was appointed by Cure Studio for the project.

Hurst adds, ‘We wanted to shock people and do something a lot more sensitive than the style people associate with dance music.’

The first release featuring the design launches in mid-August. 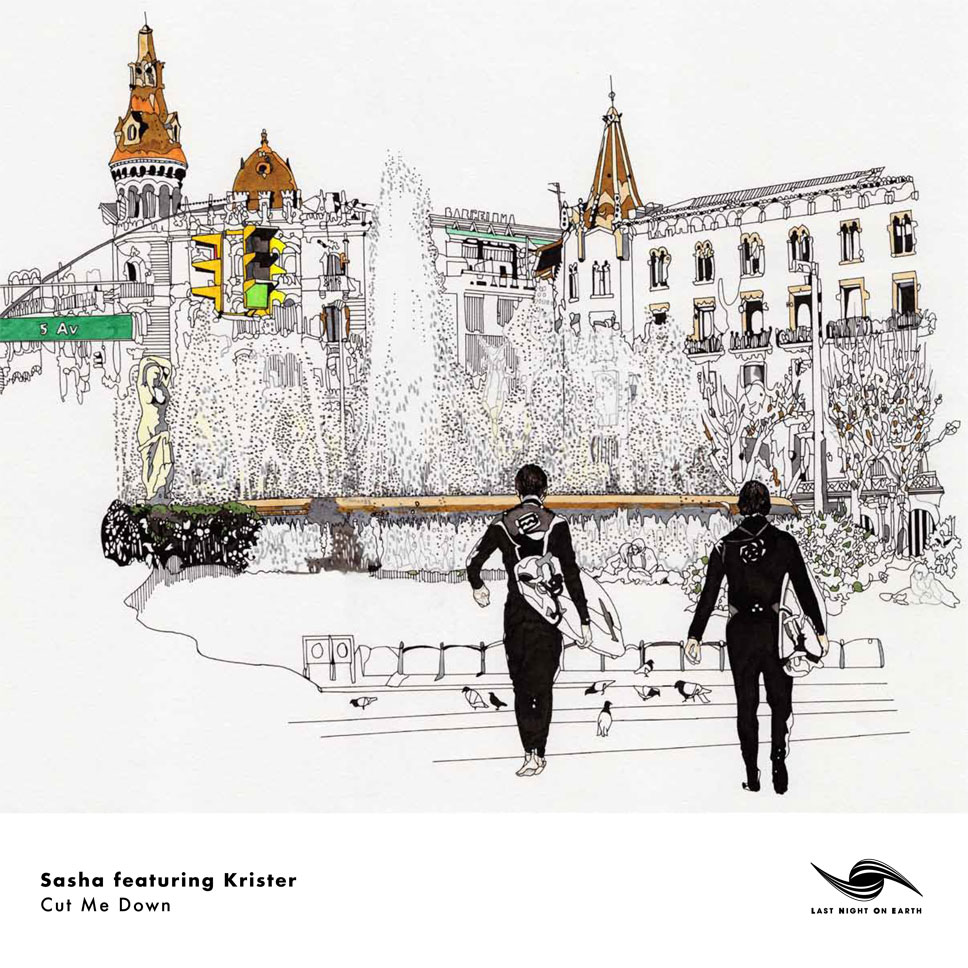