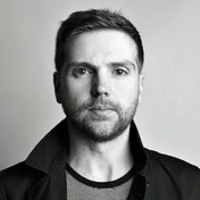 ‘There is a place. Locked away in a secure, galvanised metal effect box next to the dusty leatherette clad books at the back of the faux pine bookshelf. In all seriousness, we don’t need to banish it. Some apps will still use the big skeuo concept of ‘making stuff look like stuff’. And that is fine, but we will eventually (quickly?!) stop using naff textures to achieve this. It is correct that Apple have moved on with the new flatter iOS7. Let’s be honest, this was well overdue, but now looks a wee bit rushed in places. Light Helvetica and white space is a pretty safe, common but perhaps un-ambitious territory to head in terms of flat design direction. The interesting bit of all this for Apple (and us as end users) is the idea of greater alignment and integration of product, UX and visual design. The parallax effects and kinetic interface behaviours in iOS7 are signs of this new integration – a future that is more a seamless experience between users, products and the world around them. On a lighter note this sort of skeuo vs flat debate has created some great trolling sites like jonyiveredesignsthings.’

‘Apple has had an interesting relationship with skeumorphism that dates back to the first version of the Mac. Its use has ebbed and flowed with the various versions, features and paradigms, culminating in the rich textures of iOS6. If you look closely, it’s still there in iOS7 – it’s just less photographic and not used for pure decoration, as the interface starts to use more about motion and integration with the physical product. Apple will continue to use representations of real world objects in our interfaces until the metaphor becomes completely broken and inappropriate.’ 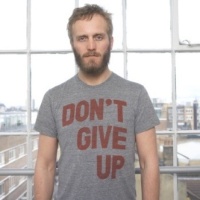 ‘In 1995, Antirom, a collective I was part of, launched a CD rom that challenged familiar real world interface metaphors (like TV sets placed around video content) taking an optimistic view of the user, who, through interaction with well designed, intuitive interfaces and systems, wouldn’t need these twee visual crutches to orientate their journeys.
The fact that Apple is finally kicking the dirty habit 18 years later makes me chuckle.’

‘Skeuomorphs have always seemed old-fashioned to me. I understand the arguments in their favour, but I believe humans are much more intelligent than most technology companies deem us to be. When it comes to most mainstream digital uses, I feel they have run their course. In this technological world, where 80 per cent of UK households have a broadband connection, new behaviours can be easily learned. I would argue Apple’s success as a breakthrough product was in its revolution in product, service and UX design. Their UI has always been the weak link and, as such, needed to be replaced. It’s just a shame it wasn’t braver in its approach. iOS7 is still hazily skeuomorphic with Mail, Camera, Movies, Newsstand and many others using old fashioned, real world technology to explain the function. I think the general public knows what email is; do we need an envelope as visual analogy anymore?’

‘Although I was never a fan of Apple’s previous heavy-handed use of leather, felt and steel, I do believe there’s a place for skeuomorphic design. If used to communicate more efficiently and enhance the users’ understanding, it can only be a good thing. It’s important to consider how sound and motion also can add to the user experience. A good example where visual, motion and auditory skeuomorphs work well together is the shutter action when you take a photo on an iPhone.’

‘Like with any design, if it’s done well then there’s a place for it. Arguably it reinforces the familiarity of everyday objects within a UX paradigm – allowing users to understand quickly what they will get rather than having to learn a new visual language. On principal, that’s no bad thing but others will argue that it looks dated and uses objects from a past life where as technology has moved on. Personally I believe it was right for Apple to move its design on and create a visual language that suits the technology its being used on.’

‘Apple’s iOS7 evolution smartly demonstrates the sharpening of digital design – not its unraveling. This move towards unfussy forms reflects how pixel-perfect our minds are becoming and how powerful, comforting and seductive contemporary digital language now is. Less time on ornament hopefully means more time spent crafting immersive, human interactions that go way beyond basic signposting. Who knows what’s next? If the iPad could emit the scent of parchment, or provide the sensorial feel of leather under your finger. Perhaps we’ll see a “neu’morphic” reinvention.’