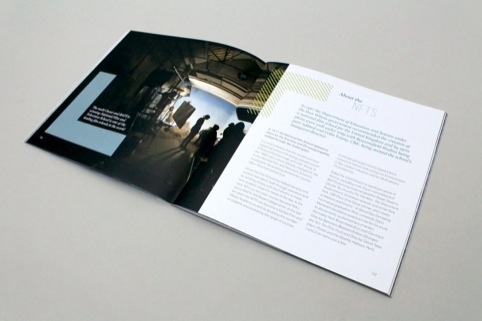 The consultancy was approached in March and asked to create a themed look and feel that is ‘smart and respectful’ and which celebrates the career of Lord Attenborough.

Sherry Design senior designer Ellie Thompson says, ‘Lord Attenborough is famed for his “infectious warmth”, passionate belief in justice and alleviating poverty, as well as for his pioneering work in the film industry. The NFTS wanted to make sure this was captured in the creative’. 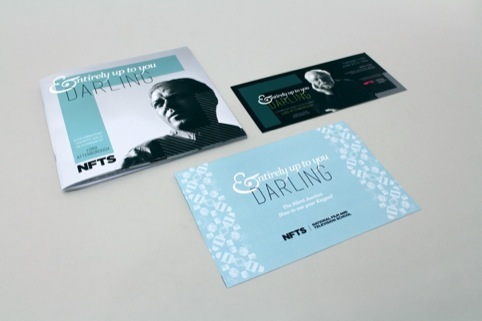 In a bid to evoke the length of his 70-year career the design comprises a traditional feel with contemporary elements.

Thompson says, ‘This is apparent in the logotype, which combines a traditional script font offset with a beautiful and clean, modern typeface.

‘The use of the ampersand to represent the “E” connotes the rounded warmth and friendliness of Richard’s personality and complements the solidity of the angular graphic device being used to represent his career.’

An illustrated wallpaper is made up of graphic elements representing his career including Ghandi’s glasses, Chaplin’s walking stick and a director’s chair.

The colour palette is drawn from Picasso sculptures collected by Lord Attenborough and contains highlight colours, which Thompson says give a feel of ‘vibrancy, warmth and calmness.’

A 60-page tribute book, tickets, postcards and large format venue graphics have been created for the project.