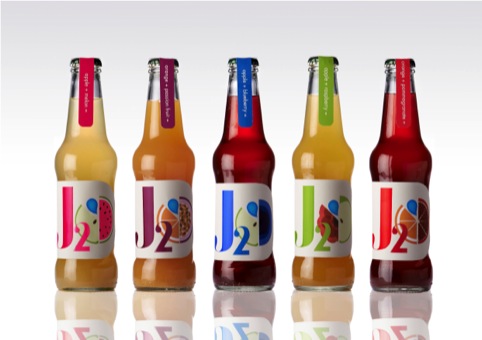 Design Bridge also has an admirable record of recruiting through the scheme (creative director Asa Cook and design director Christian Bird are among DB staff who have come through the competition).

This year the brief was to reinterpret a famous brand in a ‘breakthrough’ way – and the results were pretty impressive. So much so that we had to scrap our original plan of selecting just one winner and award a gold, silver and bronze instead.

Here are the top projects:

Gold: J20 by Morgan Swain, Norwich University of the Arts 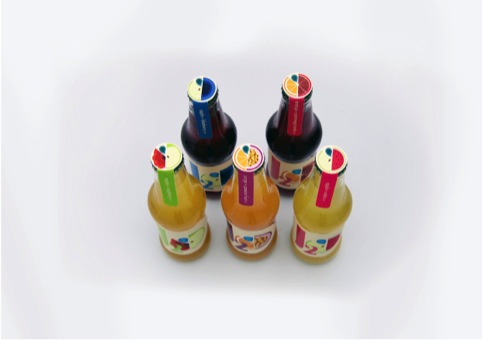 Swain’s rebrand for the juice drink focuses on the ingredients and also plays with the alchemy/chemistry elements of the brand name.

Some nicely executed graphics show how the fruit graphics can come together on labels and other touchpoints: 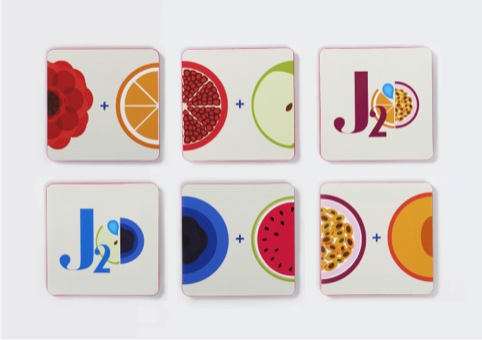 While ambient media proposals include this superb concept for railway station barriers: 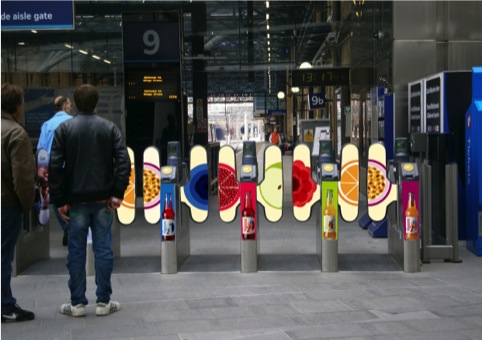 And the intriguing J2O Mixology Lab, where customers can concoct their own flavours: 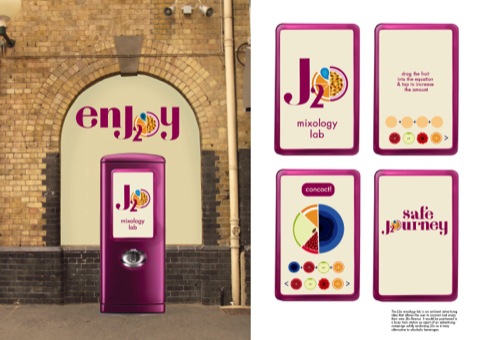 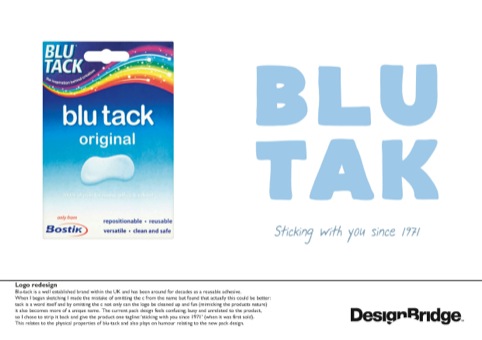 Toye focused on Blu Tak’s primary function – holding up posters – by having the pack mimic a back-to-front poster. While front-of-pack features four instantly recognisable grubby splodges of Blu Tak, the reverse shows some iconic and retro poster images (such as Pamela Anderson in Baywatch): 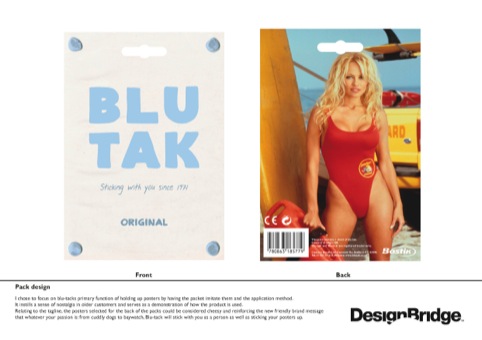 This point-of-sale proposal is based around a wall, featuring a selection of the posters: 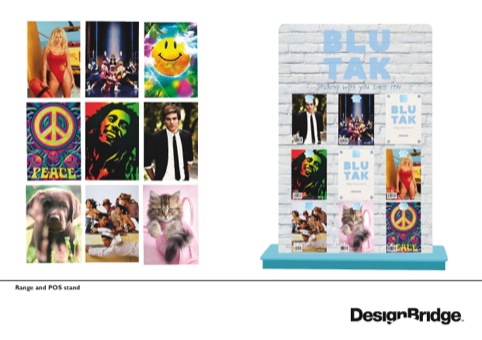 Backed up with an in-depth strategy, Neilson’s comprehensive Millets rebrand aims to reposition the outdoor retailer as a more youth-oriented brand, ‘capturing the spirit of adventure and spontaneity’. 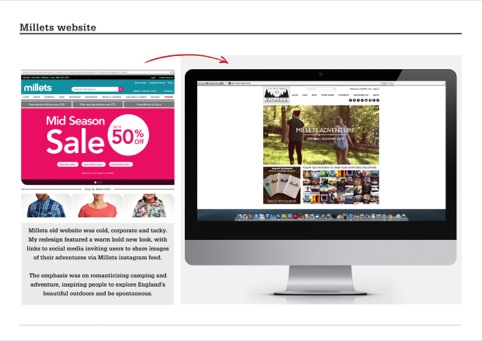 Neilson redrew the identity and introduced the ‘It’s Out There’ strapline, as well as referencing the brand’s founding date in 1893. 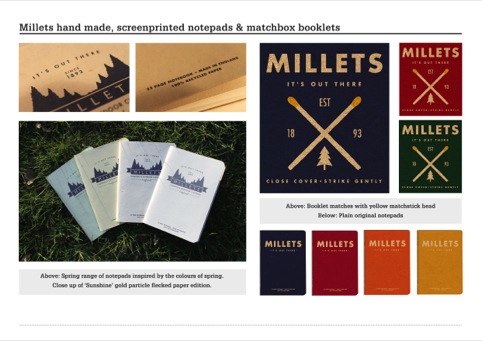 The brand is supported by initiative such as this capsule collection of T-shirts, notebooks and matches. 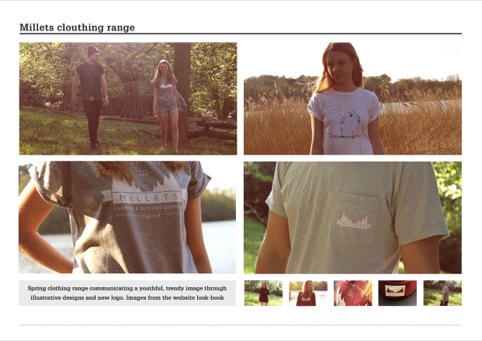 Runner-up: Cholula, by Morgan Swain, Norwich University of the Arts 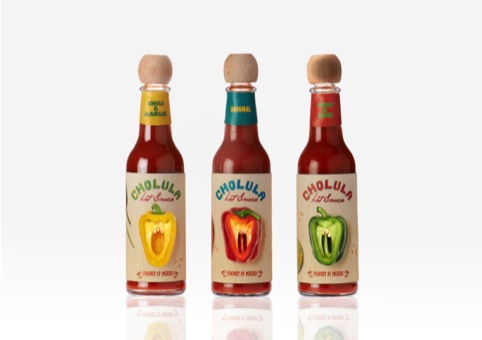 As the competition was blind-judged, we didn’t realise Gold winner Morgan Swain was also behind this witty Cholula hot sauce rebrand, which uses a hand-painted label and pained-looking peppers. 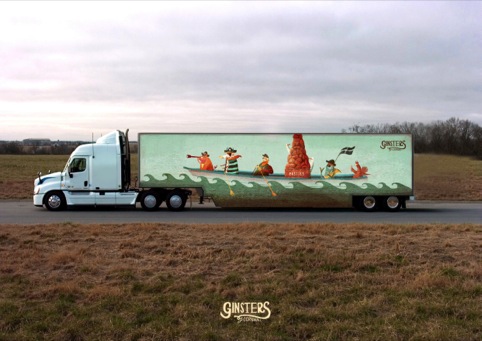 A nice illustration-led rebrand elevates the pasty-and-sandwich purveyor. The ‘fun lorry’ is a good touch.

Runner-up: Mikado, by Sam Bristow-Bell, Norwich University of the Arts 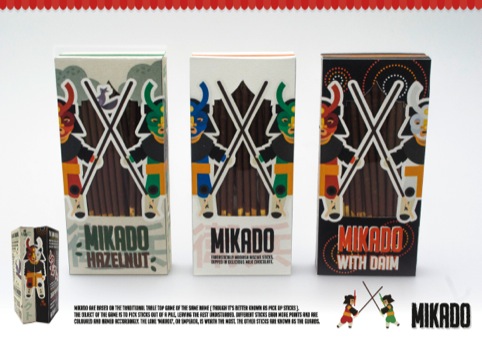 A really fun rebrand that unites the Mikado snack with the table-top game of the same name and creates a cartoon world of characters.