Both Adamson and his subject, Alan, hail from Cheltenham where the exhibition, which has been some two years in the making, is being hosted.

At the centre of the exhibition is a photographic study displayed as a triptych. 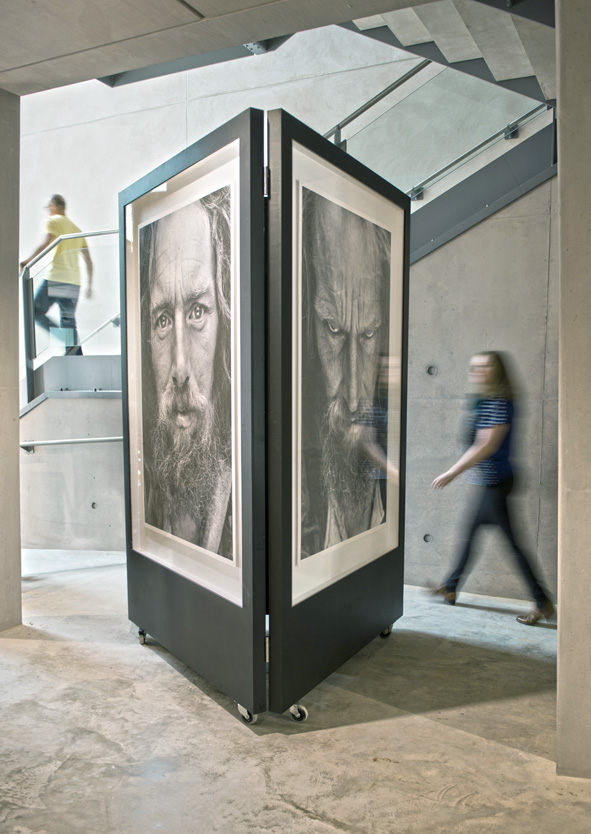 Visitors are invited to contemplate three images of Alan, each of which represents a different state of mind, and have the opportunity to record their responses on the reverse of each image.

The triptych folds out giving way to a blackboard surface where teenagers and young adults are encouraged to share their views. 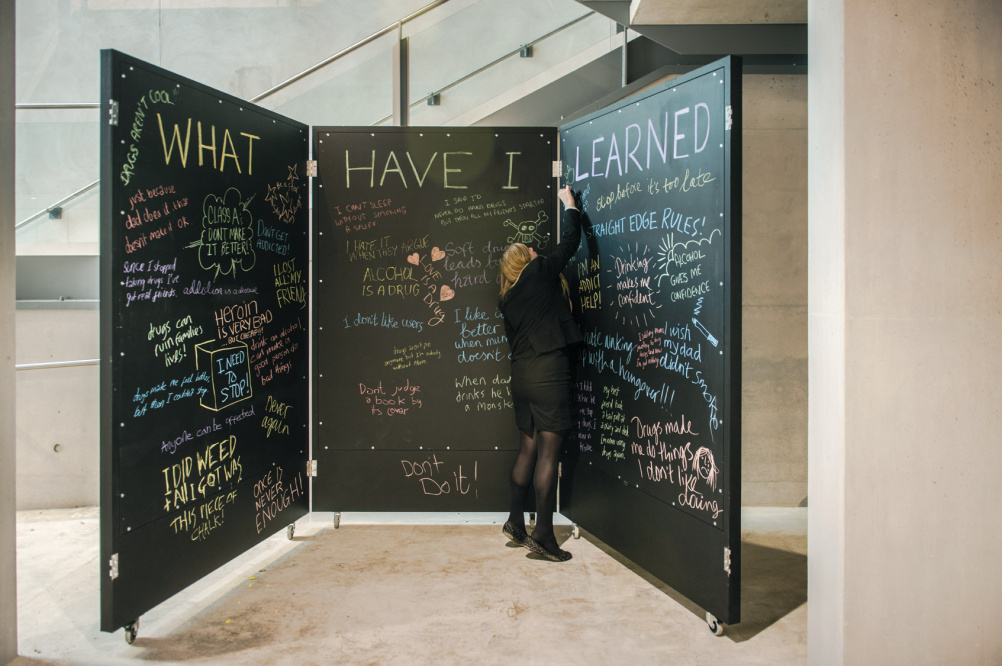 Adamson hopes visitors will think about homelessness, addiction and ‘the complexity around giving’ in relation to his work.

Any money that visitors spend on postcards, posters, or a book – which explores Alan’s story and its context – will be exchanged for plastic coins, which represent the money spent (at a value of £1 each). 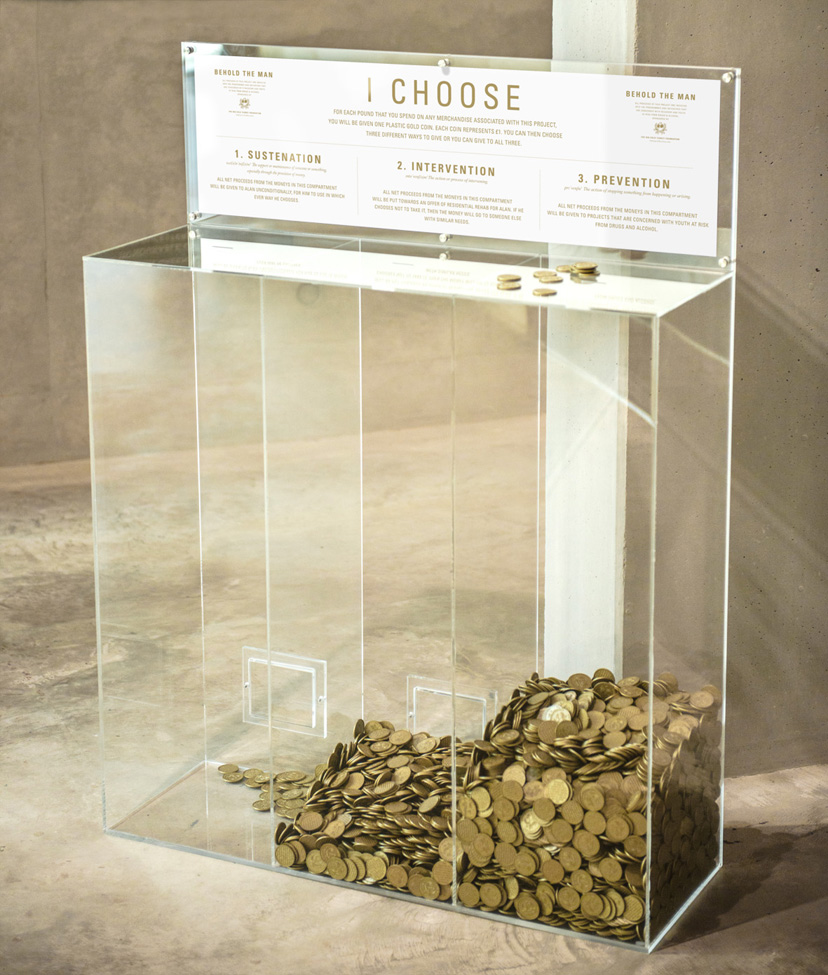 These can be dropped into a voting box where visitors will decide on sustentation (giving Alan the money),  intervention (Alan’s rehab) or preventing young people getting into his situation. 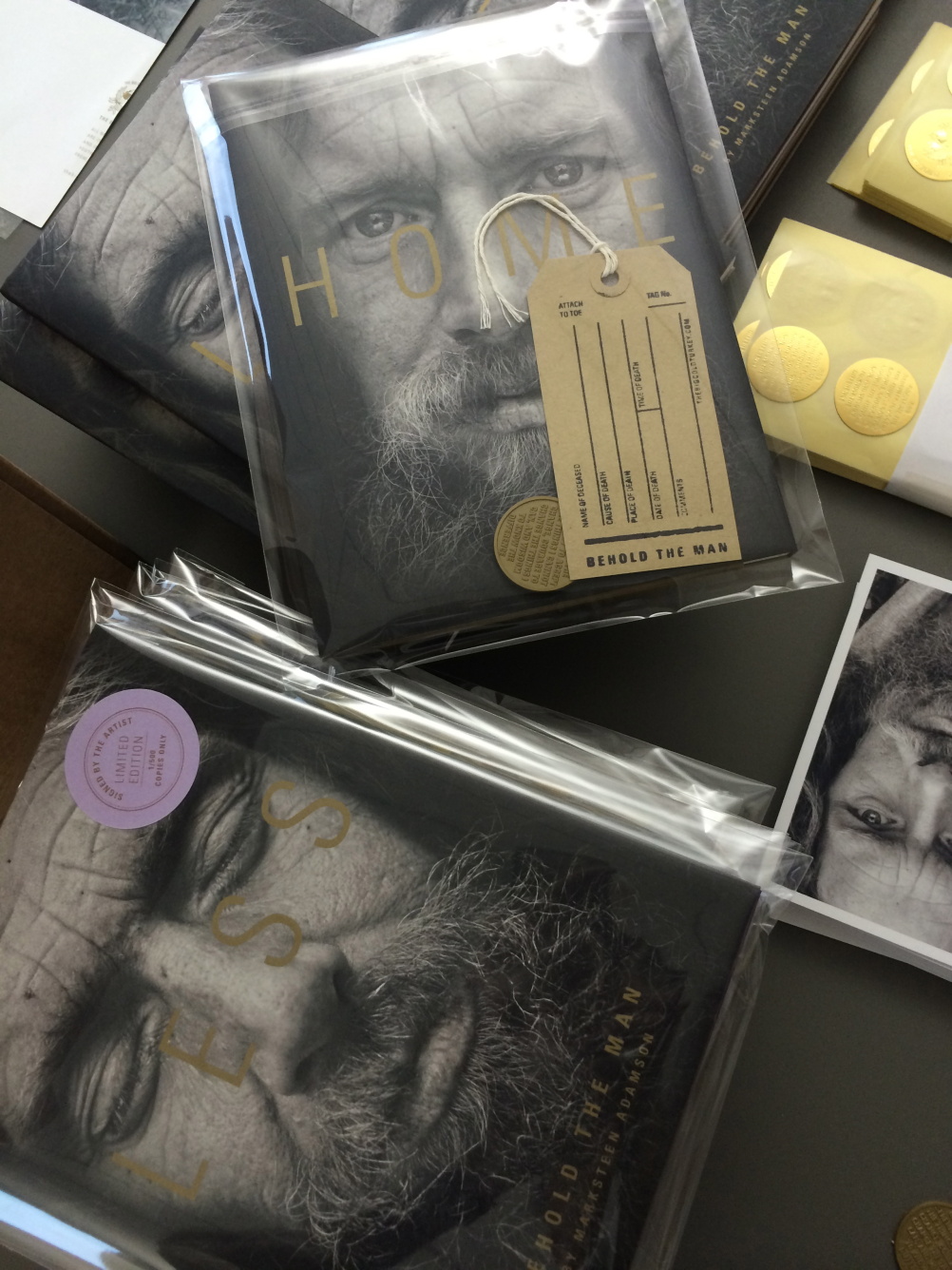 Adamson says the images themselves ‘focus on Alan’s soul’ and to this end the surroundings have been cropped away as other photographers tend to always focus on the destitute context of homelessness. 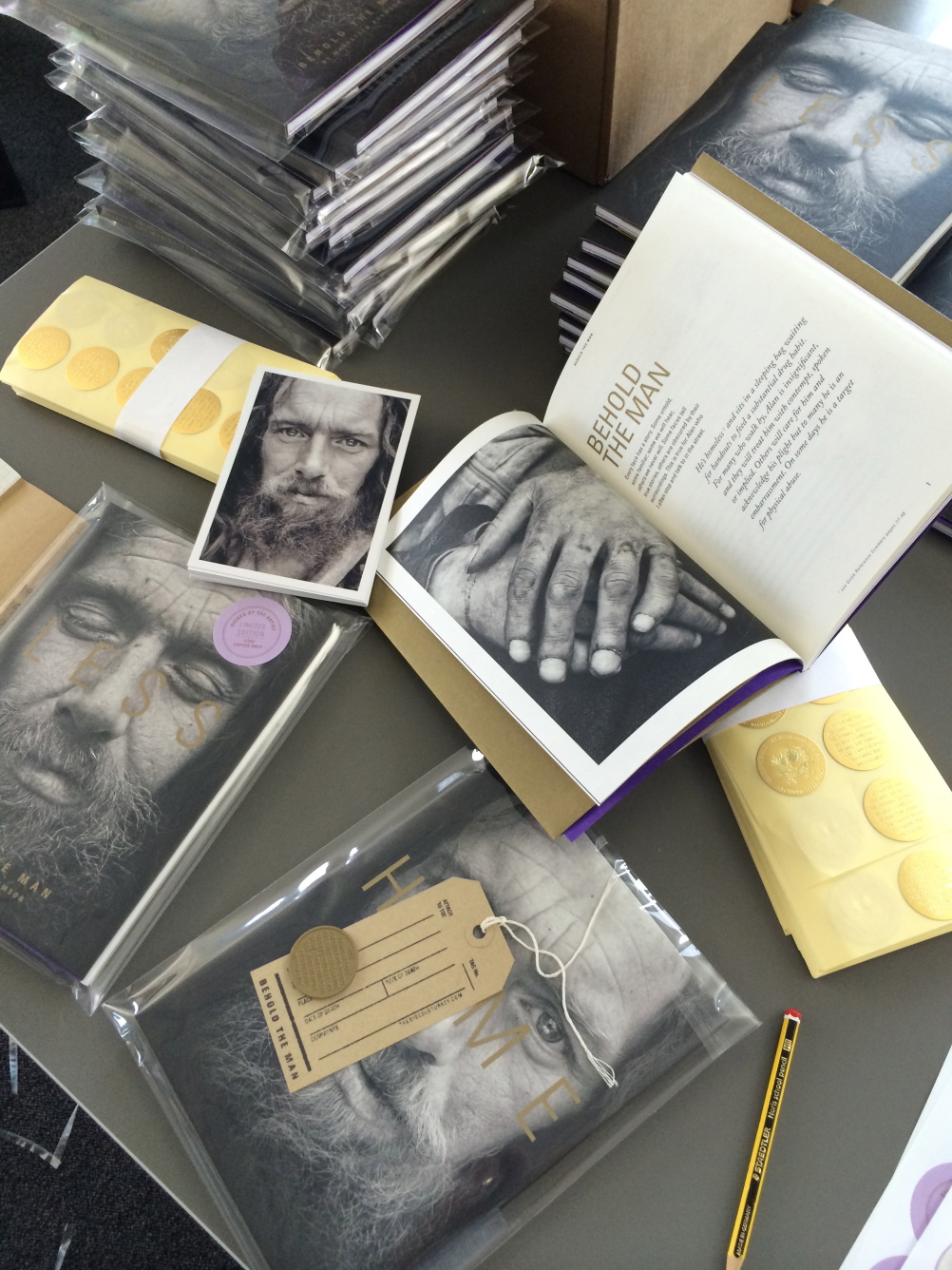 ‘One image is actually quite Christ-like and compassionate’ adds Adamson, who says, ‘I’ve known Alan for years; he sits outside a shopping centre in town. His problems are very complex and there’s no silver bullet but the more I spend time with him, the more I give him hope.’

Proceeds relating to the project will be distributed through Adamson’s  charitable organisation The Big Cold Turkey Project which is primarily concerned with helping young people at risk from the dangers of drug and alcohol abuse.

Behold The Man will run until 20 July at The Wilson, Cheltenham Art Gallery and Museum, Clarence Street, Cheltenham, GL50 3JT.