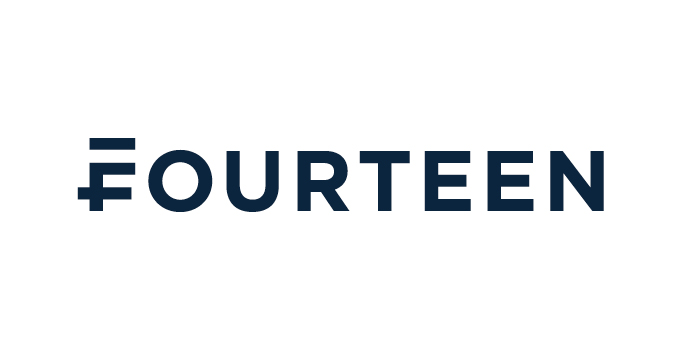 Mari Darlison, Mash director, says that the consultancy was appointed on the strength of a recommendation as it has worked with several barristers’ chambers.

‘Typically, within that industry barristers’ chambers name themselves after their address, so we’ve had to set about redefining them,’ says Darlison. 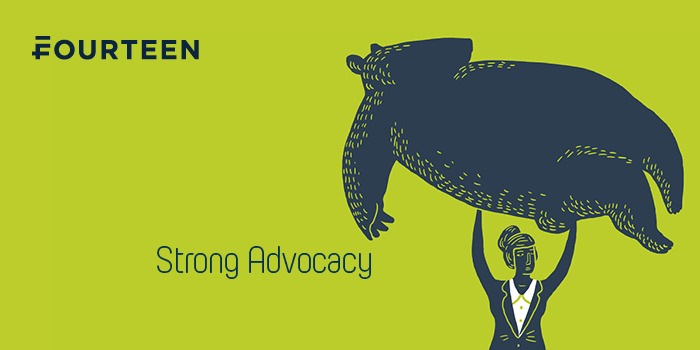 Illustrator Oivind Hovland was commissioned to help Mash create ‘a strong visual language with unexpected imagery,’ according to Darlison, who says Hovland’s ‘quirky illustrative style’ has been offset with a series of statements, which show ‘the ethos of the chambers.’

A new website has been designed, with a fourteen.co.uk domain, and a core set of stationary has been created. 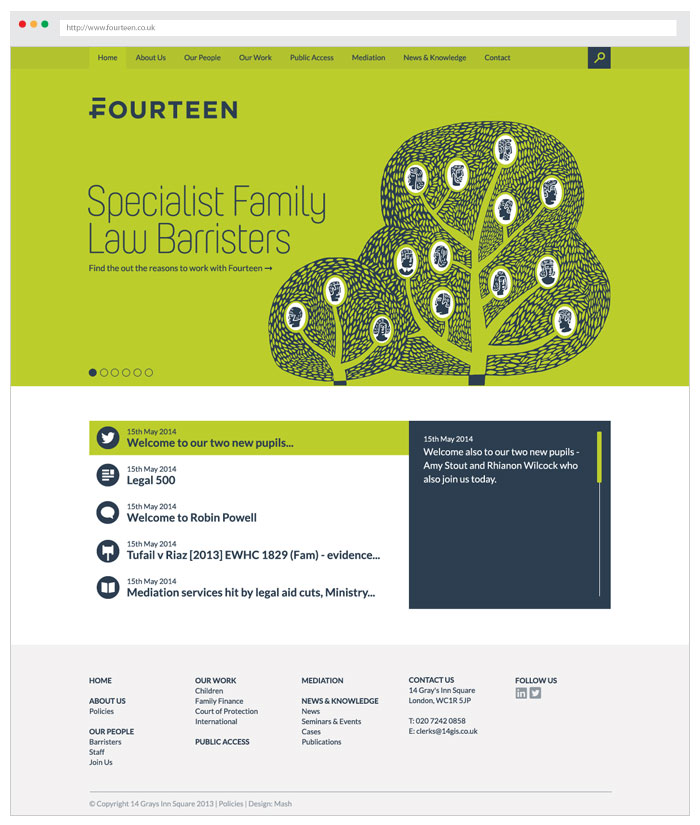 The numeric 14 will only be used in isolation ‘sparingly’ at first, says Darlison, for uses such as a Twitter page index image ‘until the identity becomes more established.’ 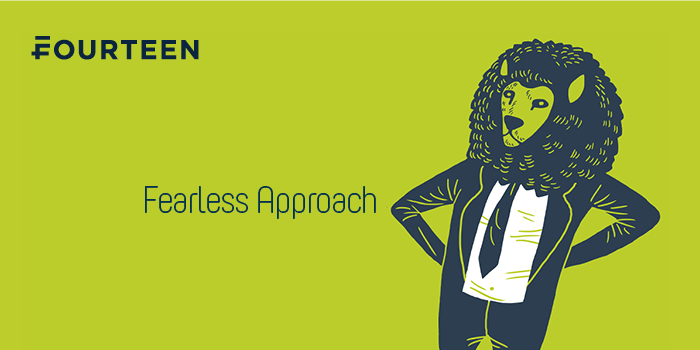 Since barristers have offered ‘direct access’ members of the public can now directly instruct a barrister, which means barristers’ chambers ‘cannot just fall back on legalese’ in their branding says Darlison.