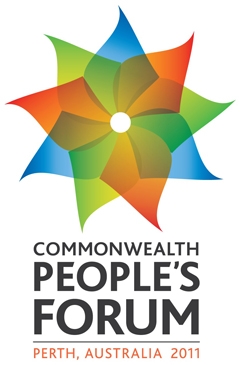 Cog was appointed to the project in March following an international tender that opened in January. Following the initial brief, three consultancies were selected to take part in a paid creative pitch and presentation.

The identity, which rolls out from today, references the existing Commonwealth Heads of Government Meeting branding.

Cog creative director Michael Smith says, ‘The “windmill” is created from overlapping shapes that represent Western Australia, as featured in [the Commonwealth Heads of Government] logo, and we’ve picked up on their colour palette to provide an even stronger visual tie-in.’

Cog has also worked on comprehensive guidelines for the application of the logo.