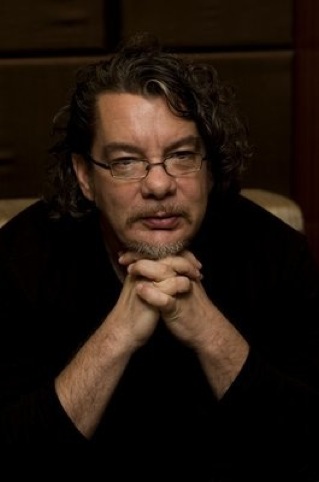 When Neville Brody was announced as D&AD president-in-waiting last year, it was fair to say nobody expected a particularly tranquil term of office, but as he takes his post Brody is, even by his standards, on proactive and combative form.

The big battle he plans to wage, through and with D&AD, is over education. The organisation is currently finalising plans for the D&AD Foundation, which will aim to support creative students facing rising costs by, for example, sourcing cash to directly pay for their education fees or bursaries.

D&AD, although probably synonymous for most people in the design industry with its awards scheme, has always had a remit to support education, through mechanisms such as its education network.

What the D&AD Foundation will do, Brody says, is focus and clarify these activities, which will allow D&AD both to develop new and more ambitious projects (such as paying student fees) and separate them from D&AD’s more commercial activities around the awards.

Indeed, the aim is for D&AD membership and awards to support the Foundation, potentially both financially (a certain percentage of membership fees could be ring-fenced to support education for example) and practically.

Brody says D&AD is looking at ideas like ‘community service’ for pencil winners, which could take in activities such as mentoring and the development of apprenticeship programmes.

One of the clear points about the D&AD Foundation is that it would be completely unable to achieve its goals without the support – both financially and practically – of industry.

Brody acknowledges this, saying, ‘Industry owes education so much – without it it couldn’t be there… We’re kind of leveraging off an industry that’s been capitalising on nationalised education for so long, and it actually needs to just step in and help support it at the moment.

Brody adds, ‘In 20 years time if we don’t do this then will there be a D&AD? Will the industry be properly supported by bright minds coming out of art school? The industry is such an important part of the economy, but it could start to collapse for lack of new thinking and new people coming into the industry.’

D&AD has spent the past couple of years trying to position itself as a ‘campaigning’ organisation, including work by Brody on the education sub-committee, but under his presidency this is stepping up a gear.

‘I said I would only become part of the D&AD development process if the remit was about strategy,’ he says.  Beyond education, he points to issues such as equal opportunities and representation at a Government level as other briefs he wants D&AD to tackle.

Regional development is also seen as key, with Brody keen to push D&AD as an organisation affecting all UK regions, as well as having a stronger international presence.

He says, ‘There are towns and areas in the UK where the public sector has collapsed, unemployment is very high and there is no access to any kind of creative skills training because Government doesn’t really support it, so that’s where we need to focus our workshop efforts.’

But education remains the core pillar. He says, ‘Myself, I probably couldn’t have gone to art school if I’d had to pay some of the fees that students have to face now.

‘The last thing we want in this country is great minds not being able to take on creative education because of the cost – it’s an absurdity.’