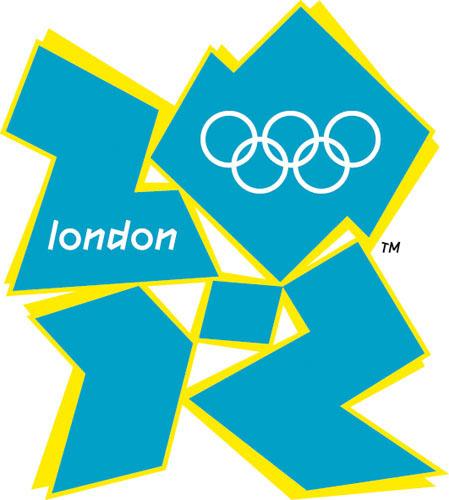 Much of the original criticism of the logo came down to two issues – the first was that Wolff Olins, which designed the mark, was unable to fully discuss its design rationale, due to media restrictions.

The second was that the real purpose of the identity wasn’t as a standalone logo, but as a brand that  had to come to life in the run-up to, and during, the Games. It was very difficult to imagine, in 2007, how this might work.

Since Wolff Olins developed the identity, it has been handed over to Futurebrand and Locog, who have been beavering away at the brand applications – from tickets to shops to Olympic venues. The aim, according to Locog, is to create a brand environment that ‘extends across every aspect of the Games, from spectator arrival into Heathrow all the way through to the colours and designs of the seats in the venues.’

So now we’ve had five years to digest the Olympics identity, what do people think of it now?

His main gripe has been with the brand application since it launched, ‘It’s an identity that promises diversity and yet it’s been used like a stamp since it launched.’ Couch points to Matt Pyke of Universal Everything’s Adidas Olympics animation as an ‘integrated’ exception to this.

Paul Bailey, partner at 1977 Design, was another who was receptive to the branding’s potential when it launched, ‘I would be lying if I said that I was a huge fan of the logo in itself, but I did think that the approach had a certain energy and potential, and so was willing to give it time to develop.

‘The fact that it was far from an obvious response appealed to me; it could so easily have used clichéd national references.’

Bailey says that having seen the different brand applications, he’s still a fan of the brand’s ‘personality and energy’.

‘For all it’s faults – I’m not saying it is perfect – the brand environment for London 2012 has an energy and a distinct look. The fact that it doesn’t use stereotypical “British” references and also avoided design trends (remember this was launched in 2007) has been a big benefit to how well it works as a distinctive brand.’

Jack Renwick, formerly creative director at The Partners and now founder of Jack Renwick Studio, says, ‘When the identity first launched I wasn’t a massive fan and found it quite ugly and dated but I appreciated its bravery. London is different, we’re edgy and cool, we have a history of risk-taking and irreverence, maybe this was going to be the “London” way.

‘I don’t like to put the boot into anyone else’s work but I’m still waiting for the exciting, radical communications to transpire. Any visual identity should inform and inspire, none more so than a worldwide event like the Olympics. Instead I just see disparate pieces of communications, and most importantly, the emotional rallying cry behind the Games is almost entirely lacking.’

Renwick places some of the blame on the ‘difficult-to-read’ font, which she says, ‘makes it difficult to absorb that communications are anything to do with the Games.’

She points to the much-maligned artists’ posters as a ‘classic example of trying to show off creativity at the expense of communication’.

‘It’s alienating for people who don’t “get” it’, says Renwick, ‘and the lack of any strong visual system means that if you fail to spot the ever-changing logo in the corner you can mistake them for any other London cultural event.

‘The idea of a flexible, do-what-you-want system sounds great in principle, but when you have so much ground to cover you need to keep it simple. In it’ attempt at demonstrating diversity it’s simply stretched itself too thinly.

‘The irony is that from wanting something radical, I’ve now found myself craving some classic posters with actual sporty stuff on…’