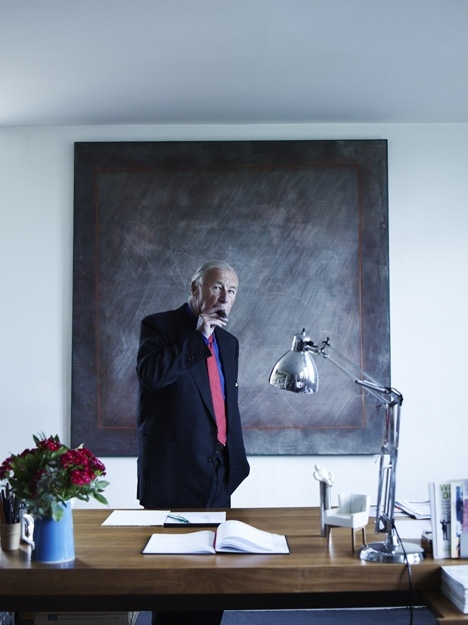 In a letter to The Times, Conran called on Government to recognise and promote Britain’s creativity, and touted Sir James Dyson as a possible head of the new organisation.

He said, ‘If we could start an organisation as effective as Locog, maybe headed up by that great entrepreneur Sir James Dyson… who with Government help could lead and promote a wave of creative businesses, this would help the atrocious unemployment problem and turn the UK back into a workshop by increasing our manufacturing.

‘Would this not truly be a reflection of our Olympic success?’

Conran told The Times he envisages ‘a sort of design mating agency’ that would link up designers and financers.

He added, ‘The Thatcherite idea that you can live by service industries alone is nonsense. We’ll never be the workshop of the world again but at least we can be a workshop.’

Conran also said that while the London 2012 Olympic opening and closing ceremonies, and Heatherwick Studio’s Olympic cauldron, were heavily praised ‘most of the excellent Olympic Park’s architecture and some of the graphics were hardly noticed’.

The Allotment rebrands The Donkey Sanctuary