The Viggle app for the iPhone and Android is the first-ever loyalty programme for television, bringing TV viewers closer to  their favourite shows and content creators closer to their audiences. Method built on the core idea of watch TV, check in, get rewards, to create a minimal and focused app based around the idea of receiving rewards for watching shows.

Reuters the Wider Image, for Reuters, by Method

Method developed the designs for the Wider Image iPad app for multimedia news provider Reuters. The app’s focus is on photography, and as such it takes a more experimental approach to layout, with browsing led by imagery rather than headlines. The design also allows users to share and comment on photos, as well as favourite and save content for later viewing. 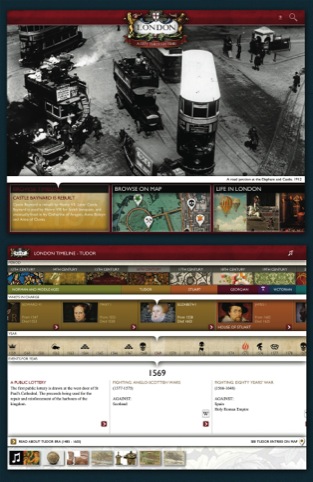 London –  a City Through Time, for Heuristic Media, by The Literary Platform

Heuristic Media developed the London: A City Through Time app for the iPad, building on the text of Pan Macmillan’s classic London Encyclopaedia. The app is centred on an interactive timeline that enables the user to search according to particular interests. Underpinning this is a contemporary map of London that flags the places mentioned in the historical texts so that they can be found easily. 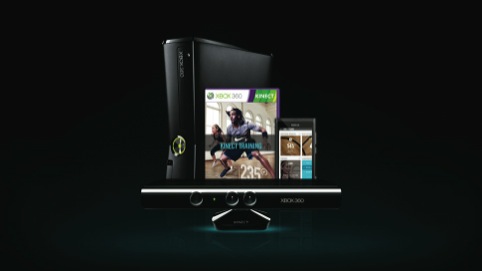 Nike tasked AKQA with redefining personal training at home, by giving people the same experience as professional athletes. The consultancy used Xbox Kinect technology to develop a platform that could give everyone a motivating and effective personal trainer in their home. It also developed touchpoints such as the Fuel Print platform, which can provie information about fitness, and mobile companion apps.