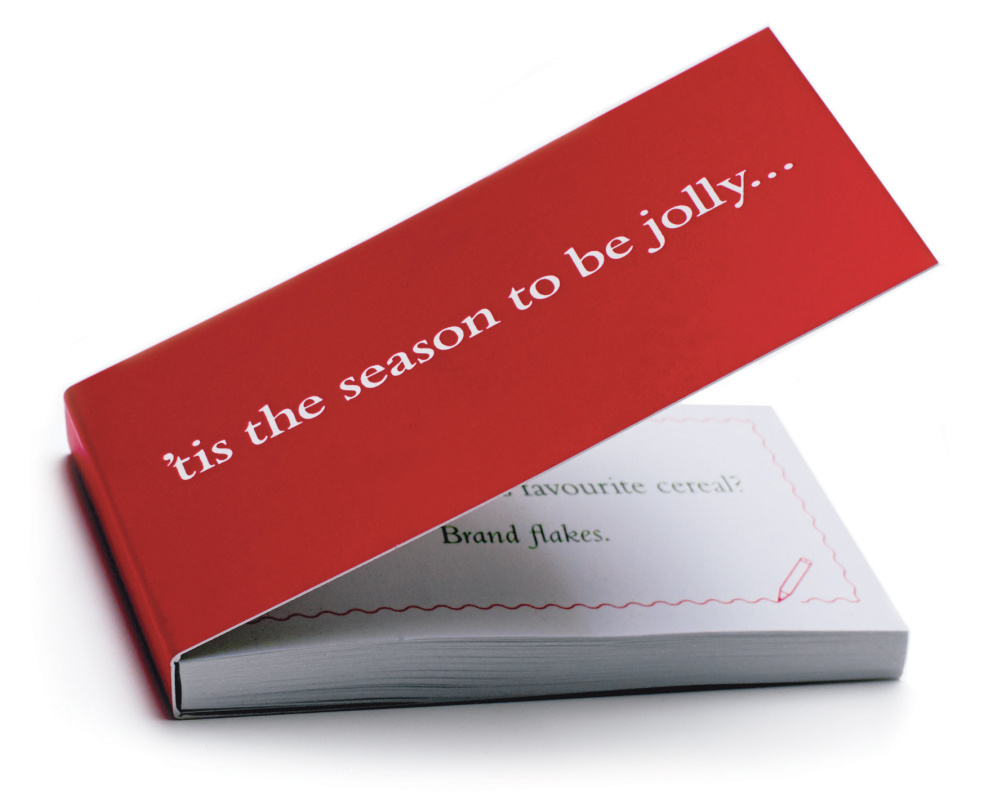 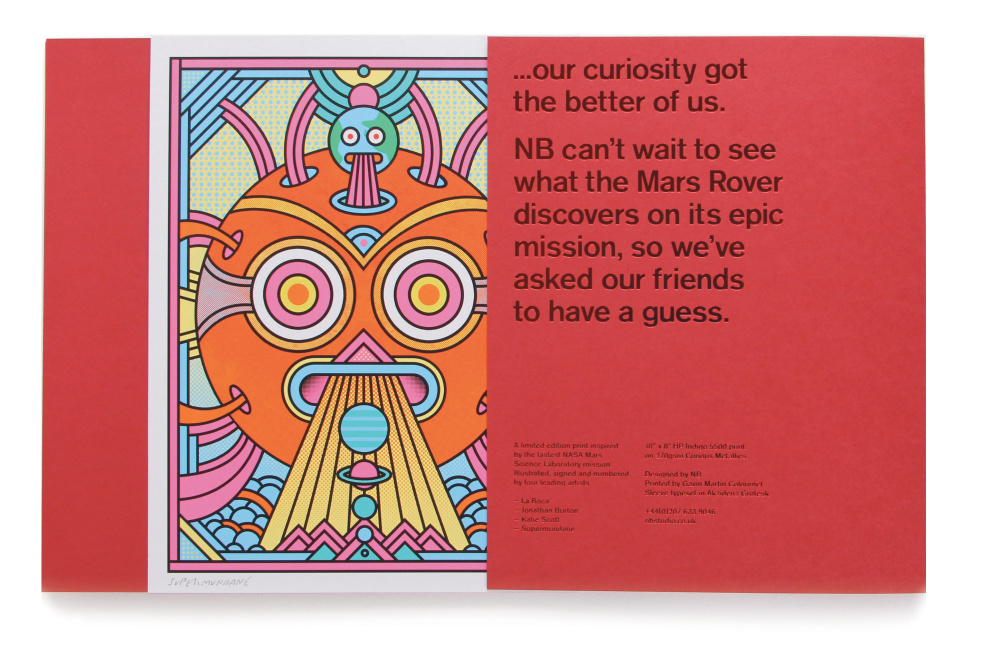 Instead of sending out a Christmas card, NB Studio chose to concentrate on the year ahead – sending out a limited-edition artwork to friends and clients. As 2013 was the year that NASA’s Curiosity Rover landed on Mars, the consultancy challenged La Boca, Jonathan Burton, Katie Scott and Supermundane to imagine what it might come back with. 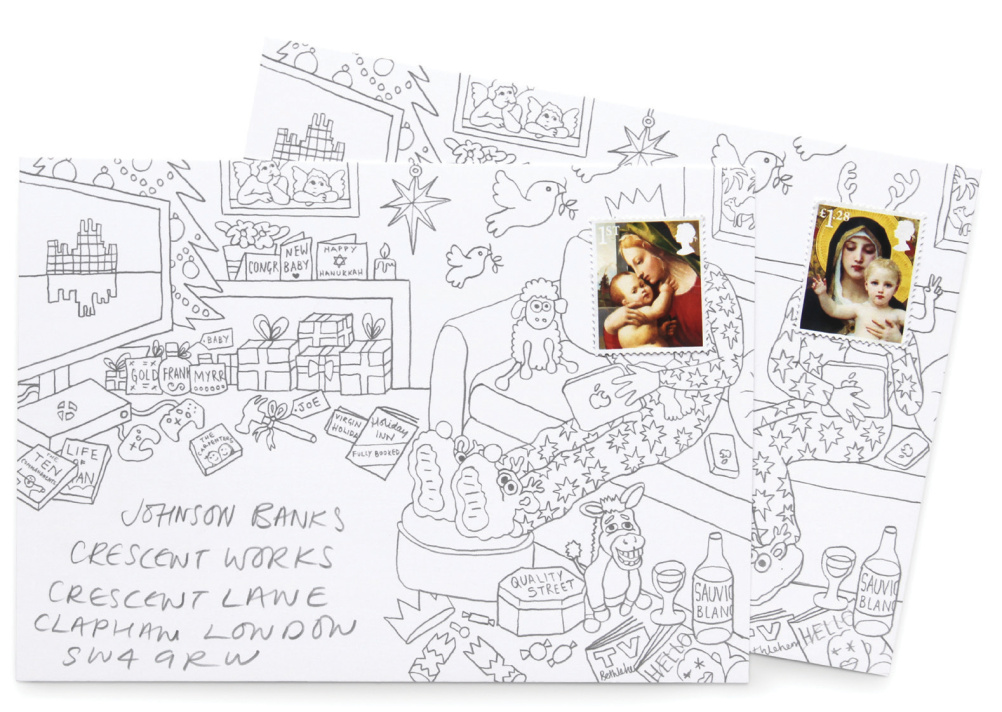 The 2013 Christmas card from Johnson Banks depends entirely on the design of the stamps themselves. The idea is to extend the stamp image across the card – with the stamp as the only splash of colour. The design itself is a reimagining of the idyllic Christmas scene, updated to the present day. The consultancy says this is the cheapest Christmas card it has ever produced – ‘We spent more on stamps than printing the cards’. 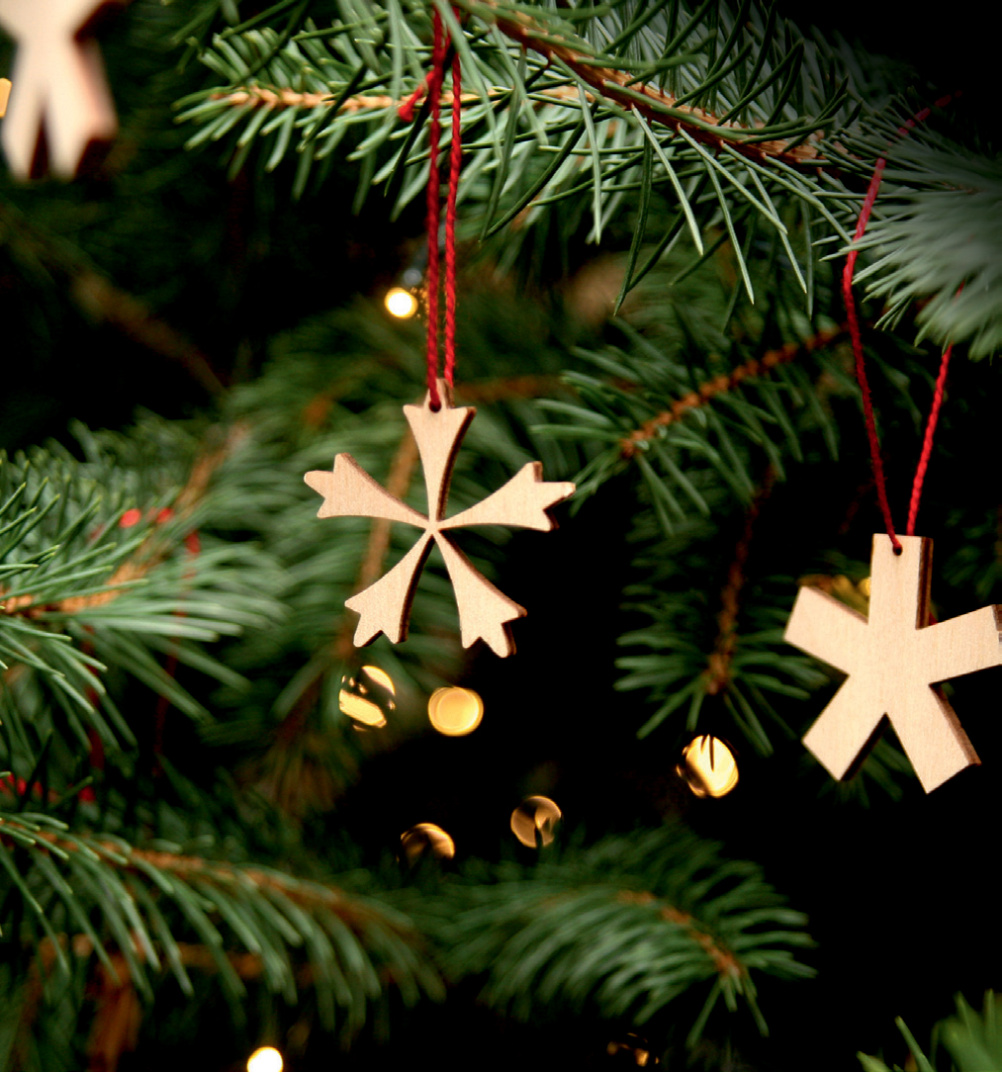 Typeflakes* are typographic Christmas decorations based on festive-looking asterisks from five different typefaces. Each sheet of beech plywood features 18 precision-cut Typeflakes*, which use typefaces from Helvetia Neue and Gill Sans to more obscure families. Once taken from the sheet they can be threaded with string and hung from the Christmas tree.