In August we reported that Print Club London was on the hunt for illustrators to submit work for its Christmas show Blisters Blackout.

The show, which opens on 3 December at a warehouse in London’s Dalston, will involve 40 illustrators each producing a 40 edition print and selling them for £40 pounds each. 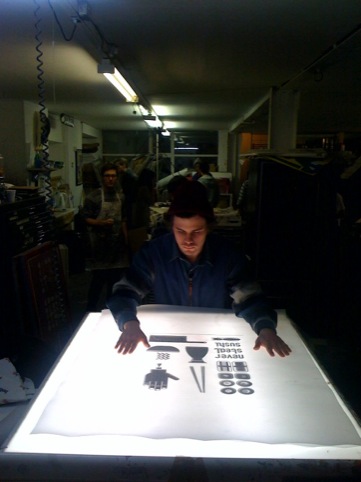 This year, a twist on the theme is that all of the prints must have a glow and the dark element and at a point during the night the lights will be dimmed so the work can be shown in its full luminescent glory.

There’s some great names involved this year, including Jamie Red, Si Scott, Mr Bingo, Jess Wilson, street artist Eine and DW cover star Esra Roise, so there’s sure to be some quality work up for grabs.

Print Club London is keeping the finished designs closely to its chest, but the team has allowed us to show a few shots of the designers in action to whet your appetite for the show. 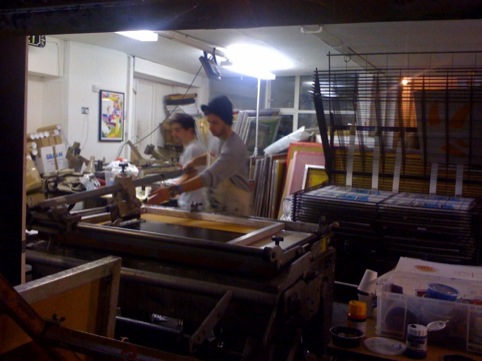 Try shoreditch for fun and unpredictability