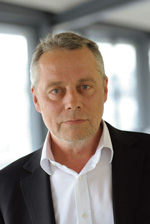 Lloyd Northover has already moved its office in the capital from Shoreditch to Twentysix London’s Tottenham Court Road premises. The Leeds office of Twentysix will continue to operate as an independent consultancy.

Earlier this year, the automotive division was sold to the office’s existing management (www. designweek.co.uk, 8 March).

Identica adds a dash of ‘premiumisation’ to Armenian brandy

Designing our way out of the background

Sometimes only ten out of ten will do

A mentorship scheme's rebrand is based on “impossible shapes”

Lantern studio has given Zero Gravity a geometric new look, which seeks to highlight students’ hidden potential when applying to university.