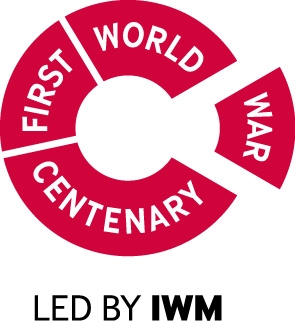 The mark has been created for the FWW Centenary Partnership, a group of organisations looking to mark the centenary and led by Imperial War Museums.

The logo has been created for FWWCP members to use alongside their own brands as a marker that their events and non-commercial products are part of the First World War centenary commemorations.

A fragmented ‘C’ in the identity references the centenary.

He says, ‘It had to be able to sit alongside the IWM mark and be part of that family, but also be flexible enough to be used by all sorts of different organisations and brands.’

IWM says the network launched in May 2010 and currently has more than 200 members from around the world, including museums, archives, universities and broadcasters.