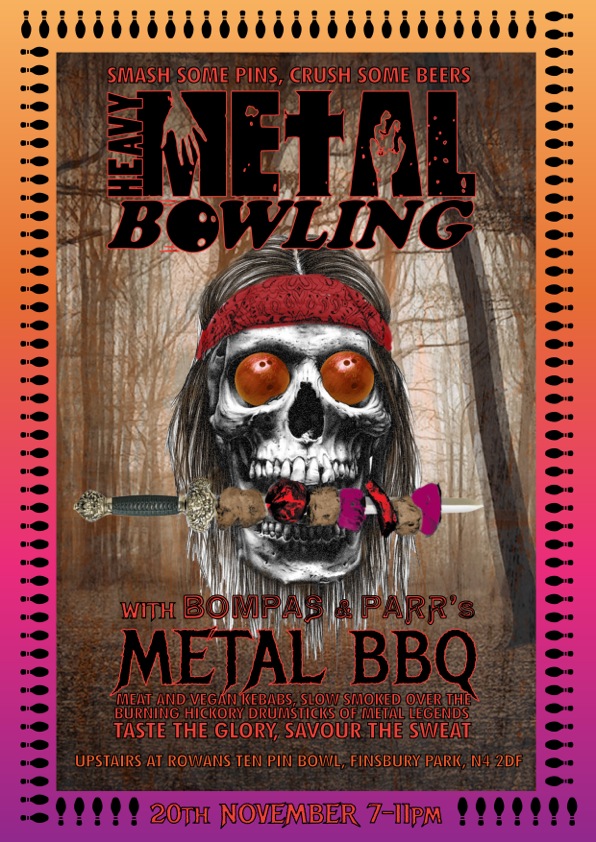 In a typically far-fetched and undeniably enjoyable conceit, food designers Bompas & Parr have been stockpiling drumsticks once belonging to the likes of Metallica’s Lars Ulrich, Mötley Crüe’s Tommy Lee, and Slayer’s Dave Lombardo.

These will be used as fuel at the event to smoke and infuse food served to guests with the flavour and spirit of metal. 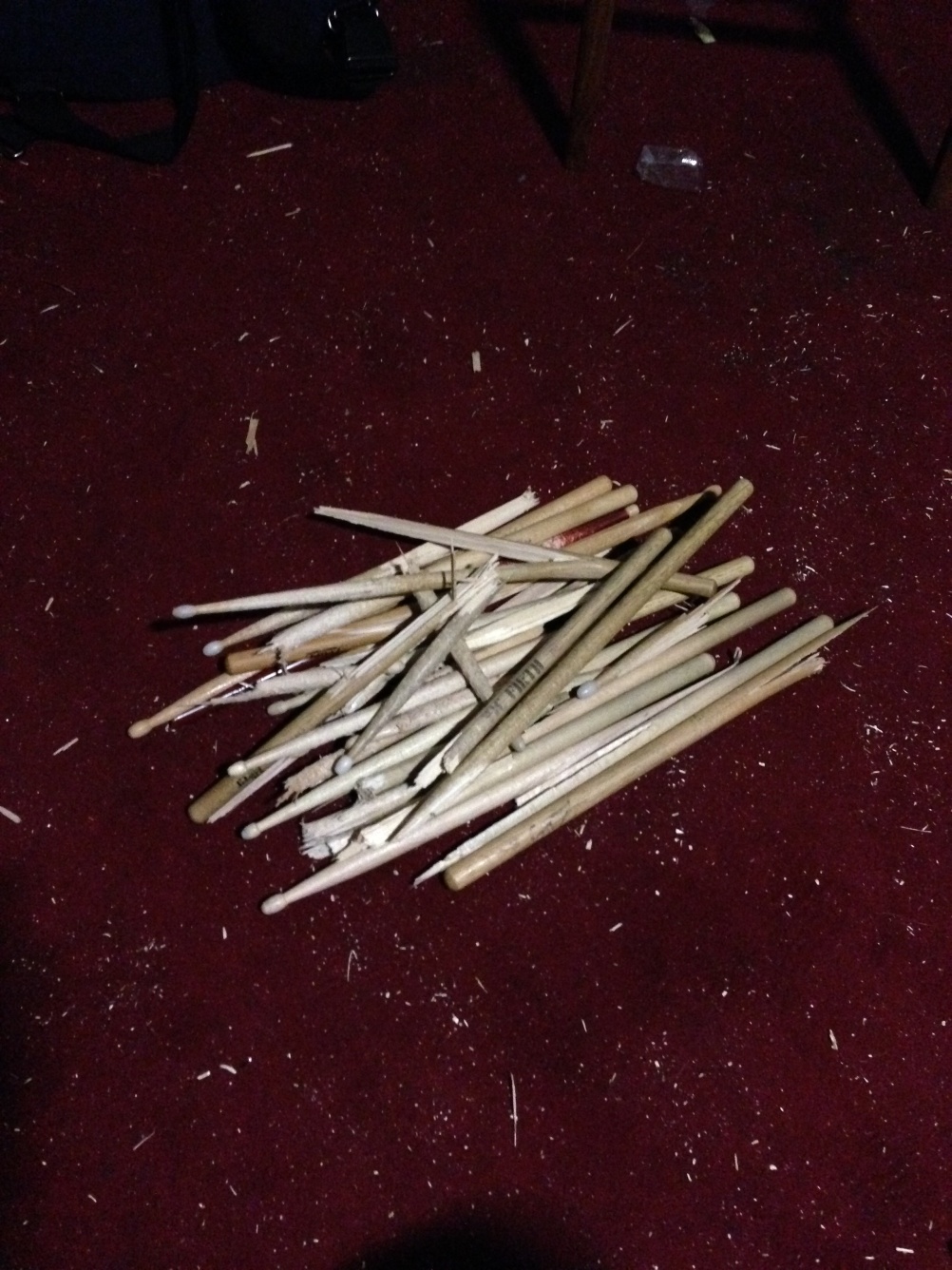 In order to gather as many sticks as possible Bompas & Parr have designed a bowling ball sporting some kind of slightly pagan-looking black-metal style insignia alongside the event identity.

They’ve been giving these away to any band who donates a drumstick and a metal recipe. The best recipe wins a custom made marbled ball.

Bopmas & Parr are keen to reinforce not only that ‘bowling is metal’ but also stress its historical credentials.

They say – and please read this in your best Bill and Ted voice – ‘Bowling as a sport is totally rock and roll and dates back to the Egyptians themselves. Anthropologist Sir Flinders Petrie and his team of archeologists uncovered the first-known evidence of bowling equipment when exploring an ancient tomb dating back to 3200 BC’.

For the BBQ the drumsticks will be chopped down, fully prepared and use to smoke the meat and vegan platters served. As the sticks are generally whittled from hickory, Canadian maple, and golden oak, apparently ‘the flavours will be intense.’

Other accompaniments to the evening include a ‘condiment castle’, pyrotechnics, and of course bowling itself backdropped by a relentless metal soundtrack.

Meanwhile a Skull Cup trophy will be awarded for the best hair whips and the highest scoring bowler of the evening will, according to Bompas & Par, ‘win the same model of sword used by Arnold Schwarzenegger in Conan the Barbarian.’

The event is a collaboration with Heavy Metal Bowling, a night which has already brought together metal and bowling.

Memories, ‘over sharing’ and Family Politics