The platform, funded by the Tropical Health Education Trust, enables doctors in the UK to teach and mentor students and doctors in developing countries, using live chat tutorials and PowerPoint presentations.

Both Oxford-based companies, MedicineAfrica approached White October to get involved in the design. “It’s an amazing project, so we jumped at the chance,” says Jo Lankester, head of design at White October.

To enable all countries to access the content, the system doesn’t use audio or video, Lankester says. “We have considerations for bandwidths and have to concentrate on keeping page load times down,” she says. “That’s been the core concept for every design decision we’ve made.” 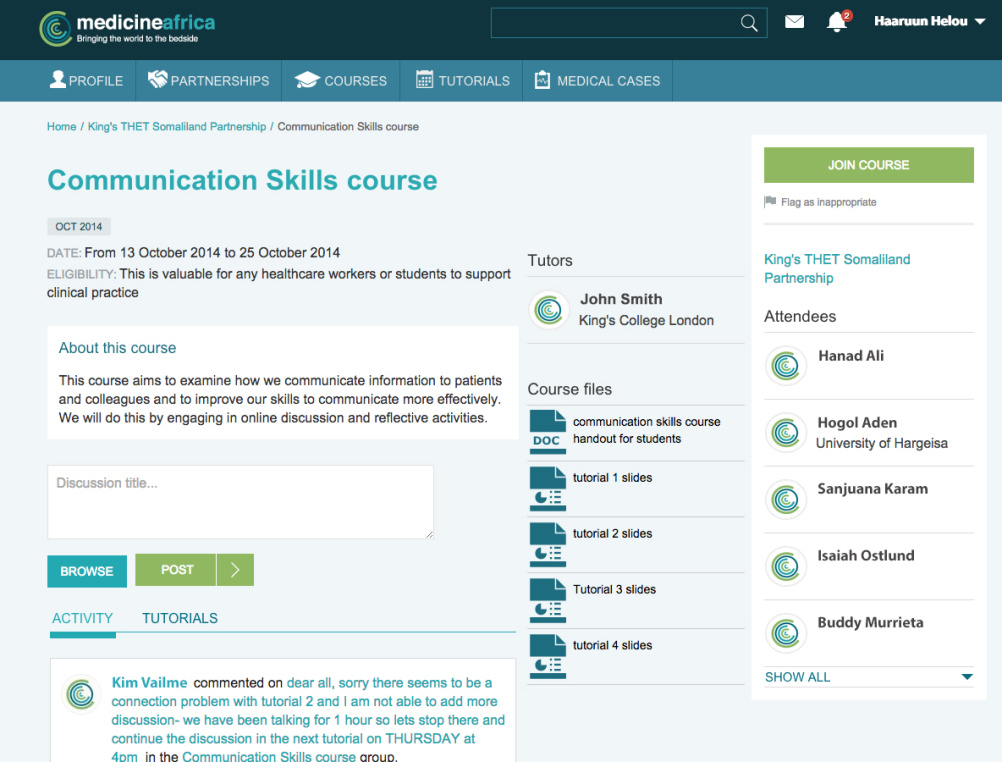 Other features include alerts for students if they have a tutorial coming up, stats for tutors on how many tutorials they and their colleagues have taught, an activity feed showing what’s going on in your friendship group, live chat, private mentoring and direct messaging.

“Real life examples are used as a basis of learning,” Lankester says. “Students upload medical cases, excluding names, and can talk about them directly.”

The system was initially intended for use in Somaliland – an independent region of Somalia – and Palestine, but is now growing with aims to include countries such as Syria and Iraq. 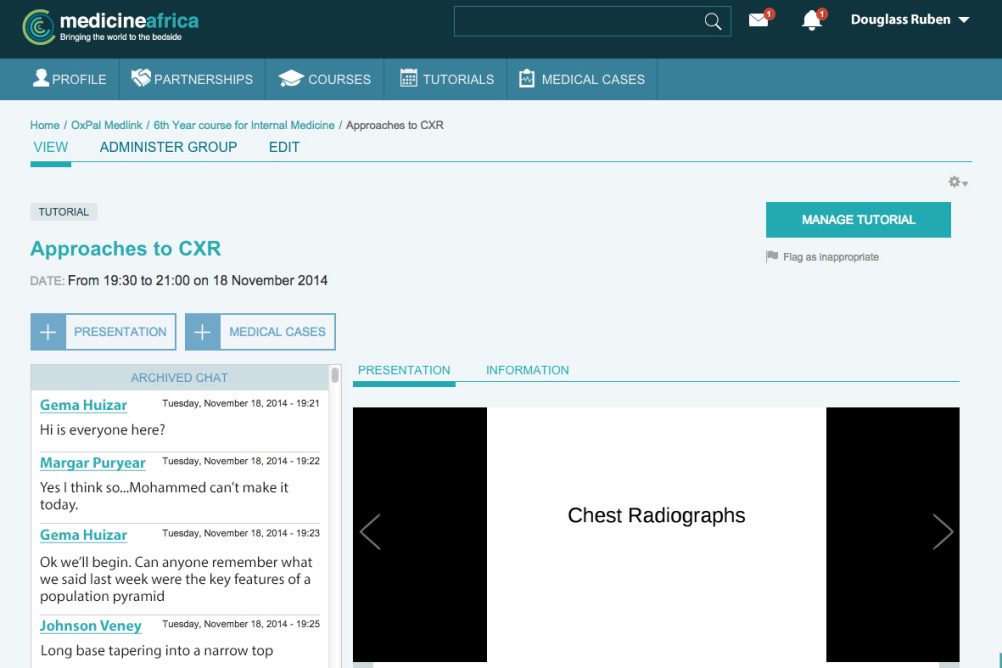 To create an account on the system, the user must be a member of a partnership between a UK organisation and a developing country. Existing partnerships include King’s Health Partners with Somaliland, and Oxford Medical Students with Palestine.

The system is currently live and open to new members. It undergoes regular testing for continual improvement of development and design.

“It’s a way for doctors and students to support each other through education,” Lankester says.

Lowell Thompson: “I got into the ad game the old- fashioned way: luck”