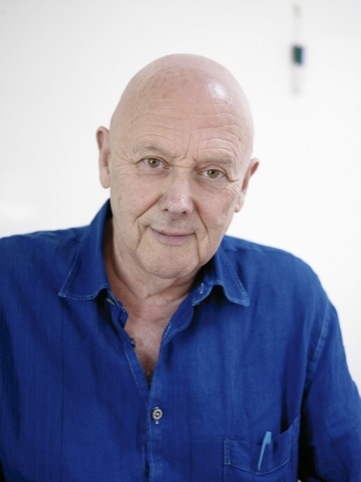 Wolff, design guru and raconteur, looked back over a career that began in the 1960s, recalling how many of his projects had hung in the balance at one stage and how their success had depended on a moment of decisive and sometimes unorthodox action.

“Brinkmanship is very simple; it’s sitting on the edge of yes of no. On the brink, it’s when you think you may get something through and you either do or you don’t.”

“Sometimes brinkmanship involves saying to a client who wants something new: ‘Don’t change it’. Tate and Lyle came into us and said they wanted to redesign the Golden Syrup tin. I had someone working with me who said a corpse surrounded by blow flies isn’t really what they want. And there was the moment that I thought they [the client] were going to leave and I said: ‘Your can is beautiful; you don’t have it on great sheets of tin do you?’ and they said, ‘We’ll send you one.’ And before we knew where we were they were in love with their tin and it never changed.”

When Wolff presented a hummingbird icon to building company Bovis’s chairman Sir Keith Joseph, “the most Tory Tory you can get,” Wolff says: “I remember to this day he looked at me with a strange look of contempt and incomprehension… Frank, the CEO came in and said ‘What’s going on? Oh, it’s beautiful.’ So sometimes you have to rely on client instinct to say ‘this is perfect’ – and there was nothing remotely like it in the building trade.’”

On his most enduring project

“Three politicians came to see us. One was from St Pancras Council, one from Hampstead and one from Holborn. They said, ‘We are merging’ but they weren’t happy with how the council looked in the street as there was a discongruity between their coats of arms… We gave them an orange colour and instead of a coat of arms we gave them a symbol. Of all the work I’ve done this has endured the longest.  We did it in 1964 and they’re still using it. It made local people see them and say ‘they’re doing everything round here.’ We also called them Camden and not Camden LBO.”

On work he hasn’t done

“I’ve never done anything as eloquent as His Masters Voice. What a fantastic name, and that dog sitting in front of an Edison Bell. How many of us in the design business can say we’ve done something with that wit and eloquence and beauty? Very few of us.”

“If the language doesn’t communicate, there’s nothing you can do with the typography or the design to make the meaning deliver itself, so our job [as designers] is very much to do with delivering meaning.”

“Picking names for companies is a nightmare and you never get it right.  For example Citigroup – they’ve still got two names and it actually needs one noun Citi and they ought to turn Citibank into Citi Banking because then it would work.  But at least we got them to say Citi which is the most contentious one…Changing the Voluntary Euthanasia Society to Dignity in Dying was a pretty obvious one but there were huge arguments about that. Huge arguments. People were very attached to the word ‘euthanasia’. It’s strange these attachments people have to words that make others feel uncomfortable. For instance why are people attached to this word dementia? It makes young people think old people are crazy, yet we’re still attached to this stupid word and we still can’t let go of it.”

On removing the shell from Shell

“You won’t believe how long it took to get the word Shell removed from the shell. I met this guy called Sir David Barran who was chairman of Shell and he said, ‘What do you think of it?’ They got to the point where the lemon was citric and the red had turned blood clot red. And it had Shell written on it and I said it should be a warmer red and shouldn’t have Shell written on it and he said: ‘Michael, do you know how long it would take to get the word Shell taken off the shell?’ and he said, ‘Five years.’ He was right. Meetings all around the world, arguments. You’re right on the edge of losing something until you’ve won it.

“I don’t know what the resistance to humour is but it’s very pervasive within serious businesses sadly.”… Take predicaments, there’s a funny side to Parkinson’s and there’s certainly a funny side to insomnia. If you talk to people who suffer these things they don’t want to be told ‘this is horrible, you’re going to die’. We’re all going to die.  So let’s have a bit of humour and empathy and something that makes people feel.”

“Goldfish are amazing creatures. They see more colours then any other animal and they grow to the size of the space they’re in. And they’re beautiful.”

On why he has placed so many animals in identities

“In the realm of feeling I think people naturally feel something with animals that they don’t feel with abstract graphics for example. The anthropomorphic instinct to see animals in things is more powerful. I have used animals quite a lot, it’s true. No excuses.”

“Surrealism is more fascinating to ordinary people than Cubism, which doesn’t say very much to people because it denies fun, it denies wit and denies comfort quite often.”

“I didn’t like what happened in architects’ offices. I didn’t enjoy the enormous bureaucracy, and wasn’t able to overwhelm the logistical imperatives and the powerful influences and the huge egos in the architectural profession and I found it overwhelming and I found the lack of humour almost obliterating. Nothing was a joke. You couldn’t put up a joke building – although you can sort of understand why…”

On his greatest ever project

“The one thing for me that stands out was for a tiny model maker in Camden Town and the reason it was good was that I knew that he knew that it worked brilliantly. Most of my work could have been something different. I can’t look at anything I’ve done and say ‘that was the only way’. I used to say to people, ‘Don’t show me, tell me’ and for the model maker we took scale rules – which are pin-sharp accurate under magnification – and applied them to business cards made from paper with a minimal amount of stretch. Whenever this guy gave his card, which had two scales, an architect would immediately take it to a metal rule and say ‘spot on’ and 9 times out of 10 he’s get the job. This is the one job I can put hand on heart and say ‘it did it’.” 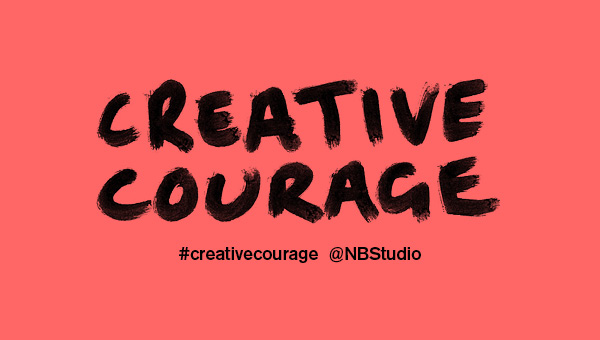