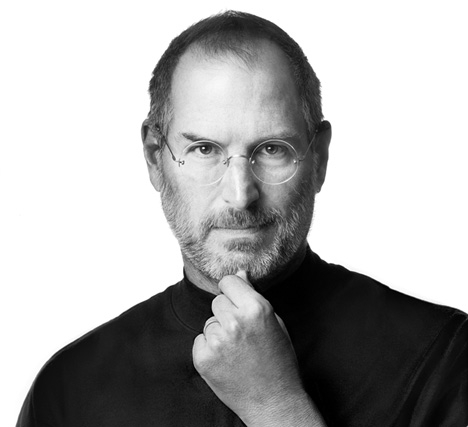 Jobs served as chief executive of the company from 1997 until earlier this year, when he stepped down due to ill-health.

During this period, and working with UK-born Apple designer Jonathan Ive, Jobs oversaw the launch of products including the iPod, iPhone and iPad.

Richard Seymour, co-founder of Seymour Powell, recalls a conversation he had with Jobs at the D&AD Awards ceremony. He says, ‘I got to sit next to him at dinner for three hours and I thought, “What do you say to Steve Jobs?”

‘He was, as he often was, persistently monosyllabic in his answers – then I got on to the subject of why we do what we do and why it matters and he was suddenly online – and I had one of the most extraordinary conversations of my life.

’Under this Barnum-esque brio – and his reputation for being almost brutally didactic – was an extraordinary humanist. What was motivating Steve Jobs was an intrinsicly humanistic agenda.’

‘Steve Jobs could have done this with a car or with a toilet – he had a pathological level of delight in detail, which is why this stuff is so divine. The reason for this is that it’s propelled by a humanist agenda.’

Design Council chief design officer Mat Hunter says, ‘He was amazing in terms of the design values that went right through Apple and the way he managed to scale that up as the company grew. He managed to keep the spark, humanity and passion.’

James Dyson says, ‘Steve Jobs has shown that you ignore good design at your peril. And that breakthrough products come from taking intuitive risks, not from listening to focus groups. He was a master of semiotic design.’

Gemma Curtain, curator at the Design Museum, says, ’Under Steve Jobs, Apple showed a combination of great design and great product innovation. Hopefully his legacy will be that other companies will follow his example and realise the power of design.’