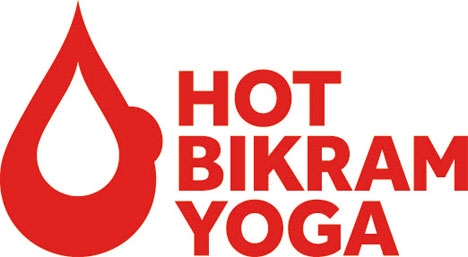 The consultancy was recommended for the work after a chance meeting with the new studio’s architects Orbit, when working in Kazakhstan. A credentials pitch led to the appointment in December 2010.

Bikram Yoga is a discipline practised in 40.6 °C with a humidity of 40 per cent.

An marque has been developed around three visual cues. A flame, referencing heat, and a drip of sweat, which together look like a person in one of the yoga poses – pose 19.

‘The pose – if you’re familiar with the yoga – is a reward for those in the know,’ says Fivefootsix partner Algy Batten.

He says that the marque carries ‘the same essence’ as the brand did before, by maintaining warm colours, but adds it has been overhauled in a way which better shows the ‘personable, friendly and approachable’ nature of the business.

It will be rolled out across internal wall graphics, signage, staff T-shirts, welcome packs, membership cards, website and signage – all designed by Fivefootsix.

Flyers carrying the new branding will be handed out next week before the rebrand is rolled out across the studios from November.

‘Zine to be believed