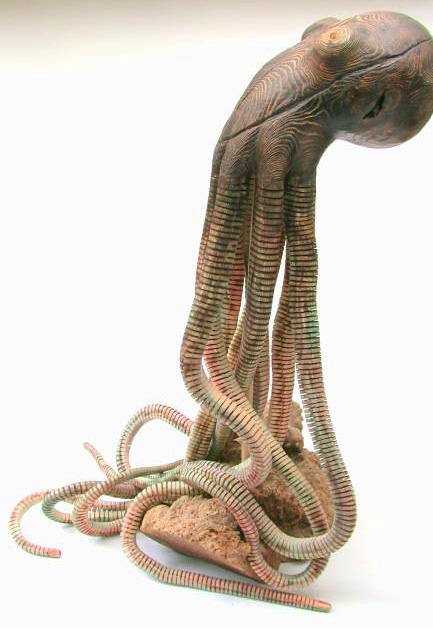 Initiated by Rowena Hamilton, exhibition curator for craft and design at Museums Sheffield, the show, which opens next year, will explore ‘the interdisciplinary aspects between natural history, art and design.’

Commissions include a life-size illustration of an orca which has been drawn by Paul Evans,  who Hamilton says ‘has captured the pathos of its bent dorsal fin’ – a condition developed in captivity or through environmental factors.

Contemporary glass design by Katherine Coleman inspired by illustrations of the 19th-century biologist and illustrator Ernst Haeckel will feature, as will glass work by Steffan Dam, with pieces loaned by the designers.

The UK Hyperbolic Crochet Coral Reef (pictured), a 9m-long design based on the mathematics of coral structures, will grow over the course of the exhibition. Workshops will help volunteers  do the crocheting. Real coral specimens will also be displayed.

Hamilton says she has also commissioned an immersive sound design which is being developed by the in-house audio visual team.

‘We’re hoping it will be a scuba bubble soundscape; a soothing slow breathing experience,’ she says.

Under The Sea runs from 25 January – 10 June 2012 at The Millennium Gallery, Sheffield.