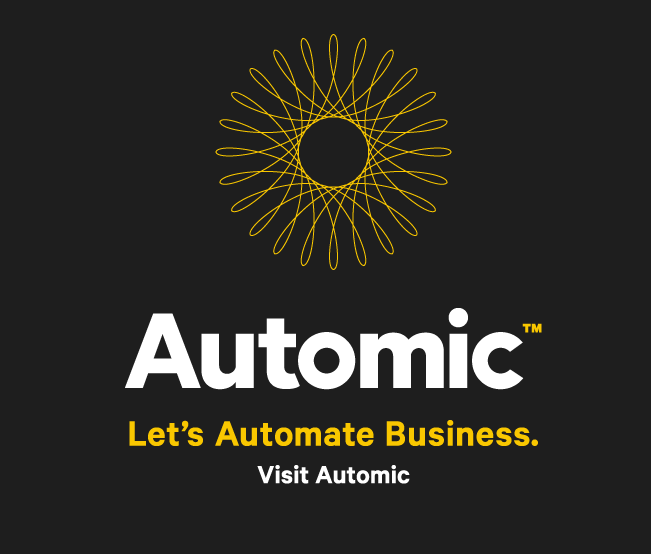 Automic, which was previously called UC4 Software Inc, works with businesses to automate tasks – for example working with eBay to power down servers when it is sunny outside and people are less likely to buy, and turning them back on when it rains.

For the new Automic identity, SomeOne developed a Spirograph-style graphic that has been created using digital algorithms.

Tom Myers, lead designer on the project, says, ‘We wanted to find a visual property that would represent what automation can do for business – while it sounds robotic, automatic procedures can create beautiful results for business.’

Myers adds, ‘The Spirograph is something we all played with as children and still manages to create awe-inspiring results from a very simple automated process – it’s a globally understood idea and one that really helps the brand connect with its audience.’

SomeOne says it acquired an original Spirograph set from a collector and used it as the basis for the Automic graphics.

SomeOne/Else — the digital arm of SomeOne — created the website for Automic.

A Kidd’s Guide to Graphic Design