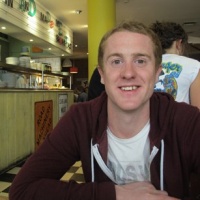 “There’s a London and ‘everyone else’ divide if you choose to see it – perpetuated by constant rumblings around HS2, grumpy TV presenters refusing to move to Salford, and BBC2’s ‘Restaurant Wars’. I, for one, don’t see a divide. Music branded London’s first ever men’s fashion week, we’ve delivered London Fashion Week for the past ten seasons, and we repositioned The Brit Awards. Incidentally, we also work for the Premier League champions, who without wishing to rub it in, happen to reside in Manchester. But no, definitely no divide.” 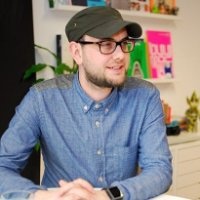 “For me I stopped thinking about a geographical North and South a long time ago as a lot of our business is spread all across the country, but what I do see is the North as being more entrepreneurial, possibly due to its financial constraints. With this I see some studios being more experimental, multi-disciplined and with a real DIY ethic. There are far more freelancers, especially in digital, here in the North, which means studios can be more flexible in their approach to projects. The results of this are lots of collaborations, with clients waking up to the fact they can get a great product from not just one agency.” 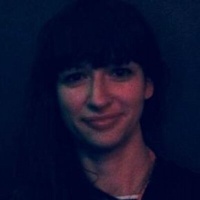 “This question is an unhelpful and divisive one given the very real fears about a lack of diversity in the UK design scene. George Osborne’s aggressive promotion of London as a design capital, rather than the UK’s worldwide reputation for design, risks being counter-productive. When looking at the design demi-gods for which we as a country are known, we see that they are from ordinary backgrounds, from all over the UK, and mostly the recipients of a free higher (and even postgraduate) education. There has, of course, been huge industrial change which has caused a very real economic divide between the North and South. Formerly learned on the job, the decline of traditional industries in most of the Northern cities has been an absolute blow for tactile craft and engineering skill. The scale and impact of this loss is only just starting to be felt. In the same vein however, I am also wary of an emerging ‘creative cities’ agenda that excludes rural communities from the off. It is tempting to say that designers from the North have a sense of humour and playfulness that designers from the South perhaps do not. At best, we can see this in the emerging field of critical design. Patrick Stevenson-Keating from Belfast (not Northern, but I’m reading between the lines) brings an import into his practice which one wonders would be the same if he grew up in Surrey. At its worst, however, this is a lazy assumption, and ignores the economic realities of working as a professional designer. While Dominic Wilcox may hail from Sunderland, he is now firmly planted in Hackney. APDIG has been discussing these issues at the ‘Great Debate’ as part of the Design MCR Festival, and looked to tease out how the creative industries across the North can play a role in a more managed model of devolved, regional growth. However, while it is my hope that ‘Northern’ does not become a byword for ‘diversity’, I suggest that the provocation itself should move to a more interrogative one concerning class, gender and access to education.”

Naomi Turner, head of the Manufacturing, Design and Innovation Group at at Policy Connect.

“With the tech available to us today, there is absolutely no reason why creatives outside the South East, can’t work with clients within the M25, and vice versa. In fact, c’mon! This question needs to zoom out a little. At GBH, we regularly work in Herzogaunerach, Boston, Doha, Paris, Los Angeles, New York, Mojave, San Francisco, Milan, Brescia, Valencia, and Wuhan without even leaving Chiswick. Get out there, and go get ’em.”

“I don’t think the divide is so much North/South as London/Everywhere else. There are lots of great, extraordinarily talented agencies outside of London (SB Studio, KerrVernon, Designers Republic to name just three that come to mind instantly), but it seems like many companies prefer to be based in London for work, recognition, and possibly drinks. Certainly we think it’s vital to be in London – the majority of our clients are here, and most of the best designers live here too. And it’s a great thing for British design – London is rightly recognised as one of the leading centres of design in the world, and it benefits everyone as a result.”

“Is there a North/South divide in ideas, ingenuity, innovation, insatiable curiosity, imagination, intolerance for lazy thinking, inability to take seriously any inane, insubstantial geographical stereotypes? Dunno. But all our clients in London think not. And the ones in the Far East agree with them.”

“Britain is a small country with only one capital city which is called London. For those who hadn’t noticed, London is also the economic centre of Britain. Therefore there are greater economic opportunities for businesses in proximity to London. While more design work is almost certainly carried out in the South, it would be lazy to think that the standard of that work is automatically superior. While a lot of design does happen in the South, it also happens everywhere else, in the North, the the East and West.
Folks outside of the South could always hold out for some sort of Alex Salmond of design, but that seems pretty pointless given that we work in an industry founded on collaboration, consensus and mutual respect.”

The Barbican asks “how do you feel?”

World Press Photo of the Year