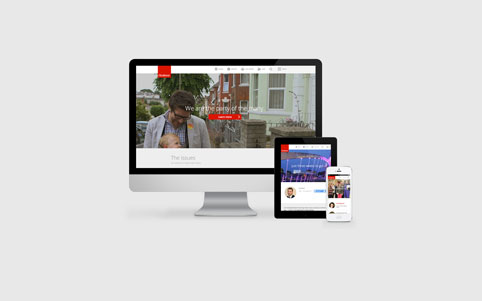 The US-based consultancy was also behind the digital strategy of successful Democrat campaigns in the US in 2008 and 2012.

The new Labour site has been created as a cornerstone to the digital strategy and is focused on community engagement and grassroots campaigning.

BSD says: “It’s an action-oriented, people-powered experience that brings important issues to life, humanises the candidates, and invites supporters to get involved at each step in the journey—by volunteering, donating, sharing social media messages, or becoming a member.”

The general election date has already been set as 7 May 2015. Ahead of this Labour’s digital team has been reorganised by BSD, which has integrated the party’s web design and development teams.

A team of eight people on Labour’s digital team is working on email, social, video, and paid media campaigns.

BSD principal UX designer Molly Norris, who was creative lead on the project says that a team of 300 was behind the last Obama campaign.

Labour has been given a set of tools to create customer supporter profiles based on how people engage with the site so that it can personalise and tailor email communications. 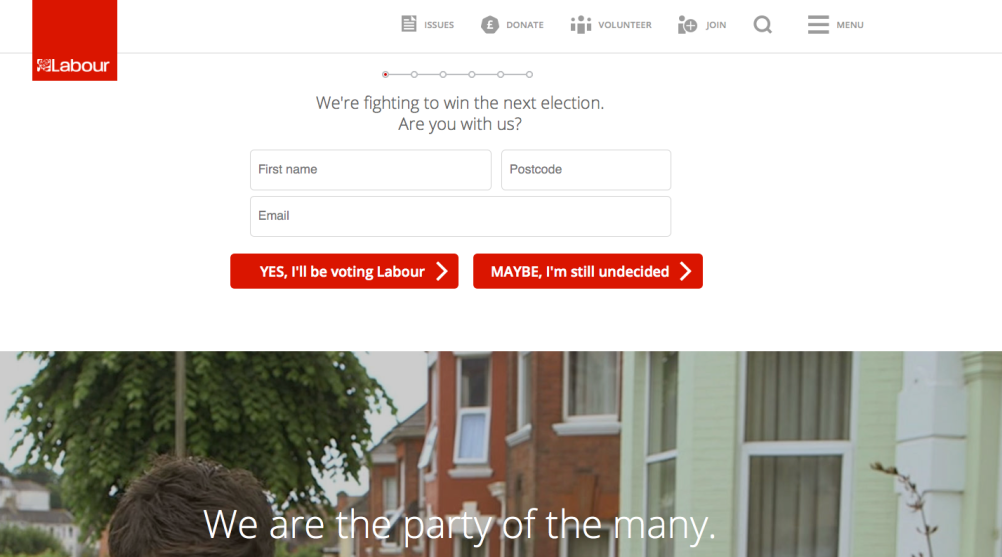 One of these tools is Target Share, a Facebook application, which was used on the last Obama campaign.

It uses big data to drive word of mouth marketing. Anyone who expresses interest in getting involved in campaigning through the Labour website will be directed to the Facebook app, which links up with their Facebook account and uses demographic data to ask “How many Tories can you kick out?” before finding the “kick out number.”

This is the number of people which the “network science” indicates might be thinking about voting Conservative. Social media action is then encouraged.

Quick Donate saves data safely so people can return to the site and donate more easily, according to Norris who says: “It raised $115 million for the Obama campaign.”

Any digital activity is intended “to mobilise people for offline action” according to Norris who says “everything has an action attached to it”.

She says that while there are some “core actions” like volunteering, donating and joining the party, there are also “low barrier” actions. 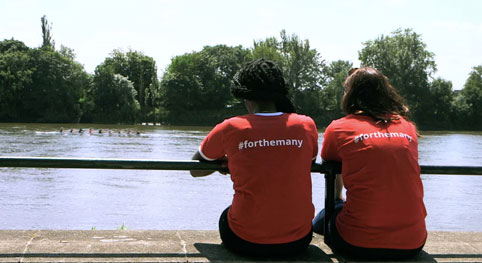 On the home page by giving an email address and clicking, “Yes, I’ll be voting Labour” visitors will be directed to some social action – a statement saying, “The Britain we need is fair, compassionate, equal and progressive.”

“They’ll then receive a social graphic to share around that value” through social media, says Norris.

Anyone that answers “Maybe, I’m still undecided”, will be asked what would make them vote before being directed to information showing that Labour is “interested in issue-based and not personality-based politics”.

Norris says although BSD has worked with other political parties overseas, it is only working with the Labour Party in the UK to avoid any conflict of interest. It is BSD’s London office which has led the Labour project.