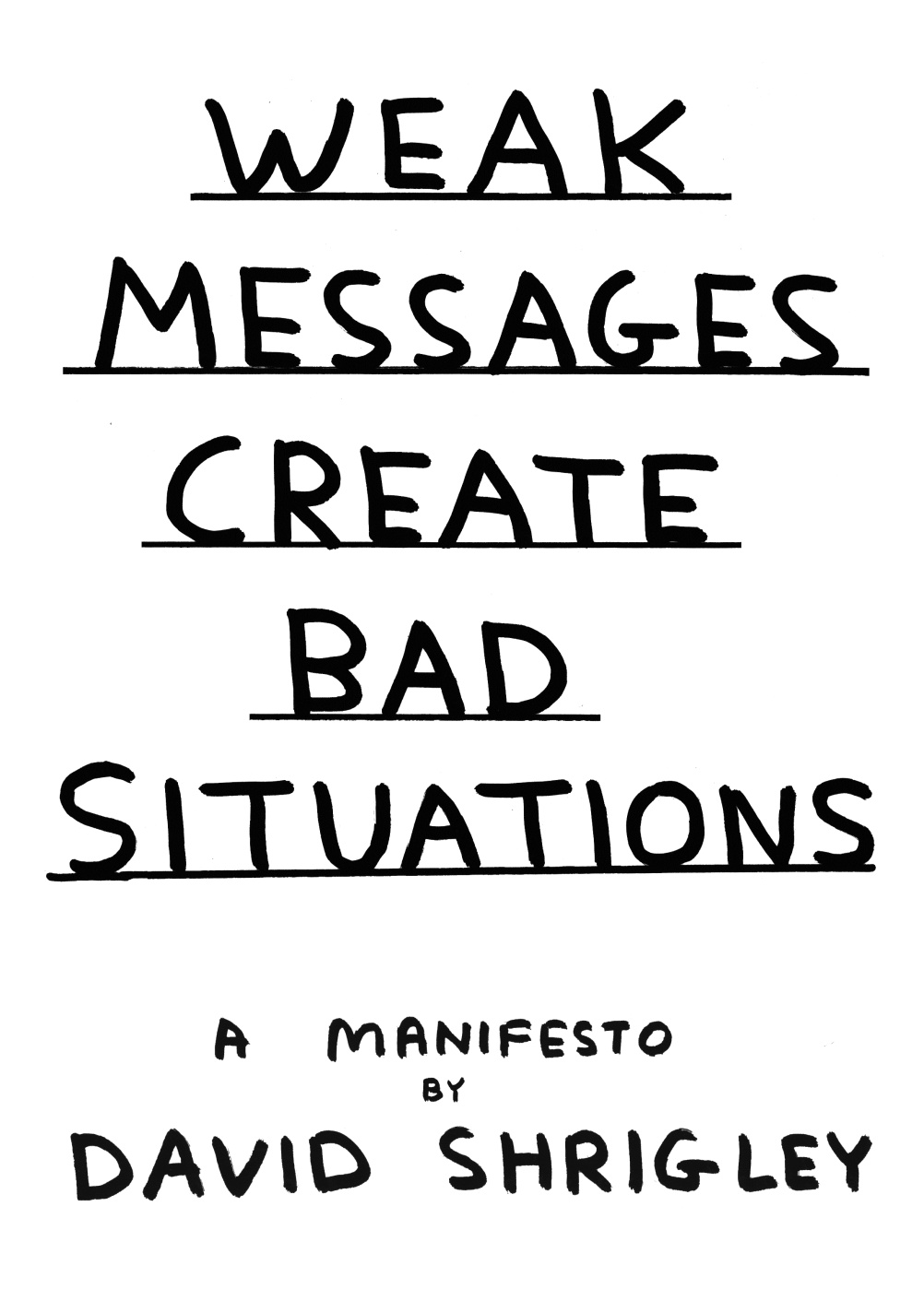 His disillusionment has only served to make him more poignant and he manages to be wry and sardonic, even nihilistic at times, but all the while somehow delivers his messages in a life affirming way. 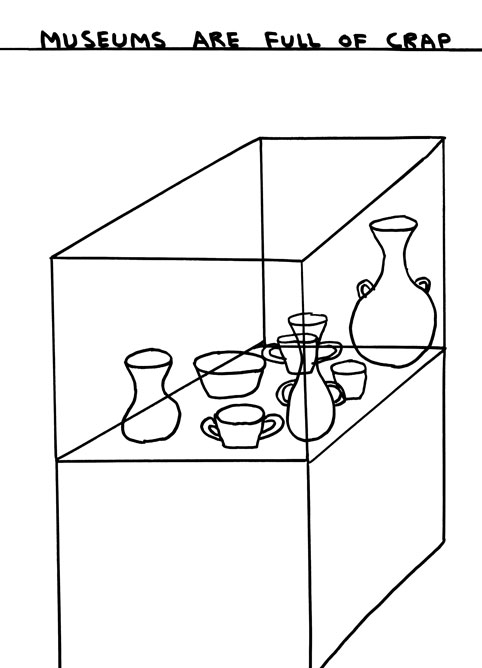 The book is composed of some 400 sketches, which are together a rambling stream of consciousness forming Shrigley’s “fully composed world view”.

The world is in an awful state according to Shrigley. People’s ideas “are meaningless” and they are illustrated using “rubbish imagery – often made by a computer”, but it’s okay, he’s here to make sense of it in the only way he knows how – by making fun of everything and doodling his way into mischief. 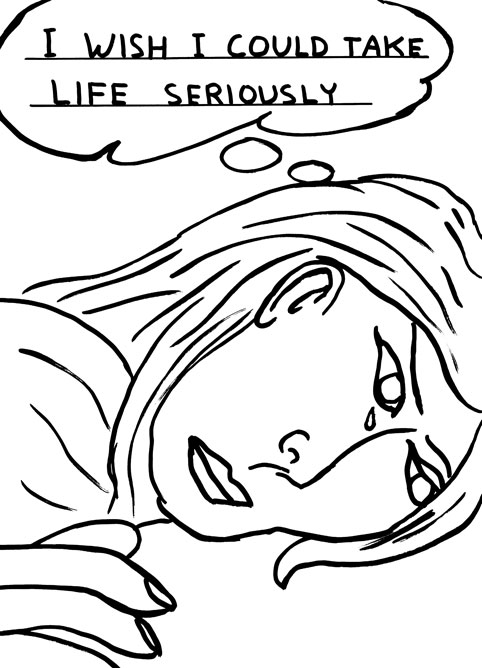 His sketches are also salient and political though, and can just as well make you stop laughing, and think for a minute. A little stick man witnessing a nose-diving plane next to the words “I saw the crash” does just that. 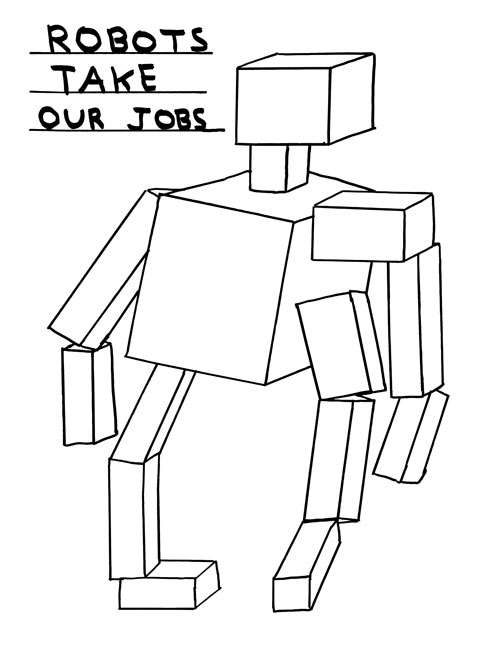 Of course it’s often as much about the messaging as the doodles: Robots take our jobs; Museum’s Are Full of Crap; spaghetti is a drug…” 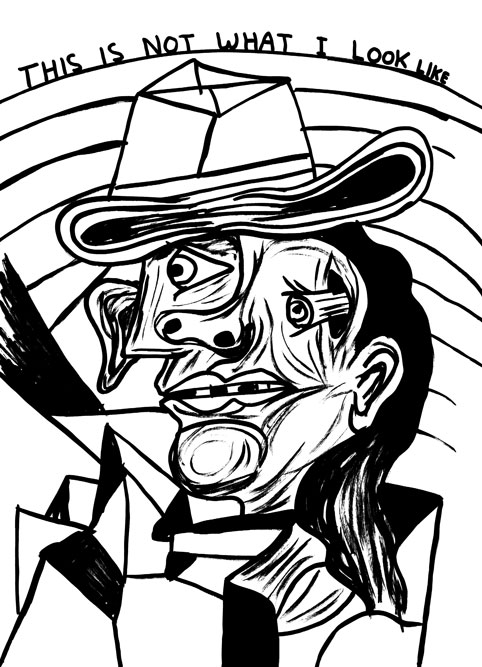 Weak Messages Create Bad Situations: A Manifesto by David Shrigley is published by Canongate Books on 6 November and priced £25

Studying the study of sex

​In for a penny…M&C Saatchi brands contactless charity scheme