If you’re at a loose end in London’s Soho tomorrow, you might like to retrace the steps of one of the neighbourhood’s great characters, courtesy of a walking tour organised by The Photographers’ Gallery.

Mr Bulldog, dubbed ‘Soho’s last watchman’ though we aren’t told when he stopped his rounds, was a creature of habit, it appears, who prowled the streets, knocking on doors and talking to residents. He also spent time researching in Westminster Library – the Leicester Square reference branch of which is unmissable for anyone involved in art and design.

For the next two weeks The Photographers’ Gallery is immortalising Mr Bulldog’s rituals  through Mr Bulldog: A walking tour, created by artist Lucy Steggals. Staged in seven sites across Soho, it will provide walkers with clues about his life, the bonus being access to otherwise private locations.

To take part in the walk you need to download a map from the gallery’s website – www.photonet.org.uk – only don’t try until tomorrow when the map goes live. 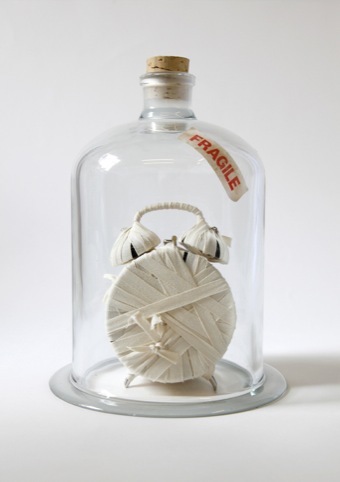 The irony is that The Photographers’ Gallery too is about to embark on its travels. It’s moving temporaily out of its Ramilles Street premises, which are being revamped by architect O’Donnell & Tuomey less than two years after the gallery moved in.

Mr Bulldog: A walking tour, created by Lucy Steggals for The Photographers’ Gallery runs from 11am – 7pm daily from 4-19 September