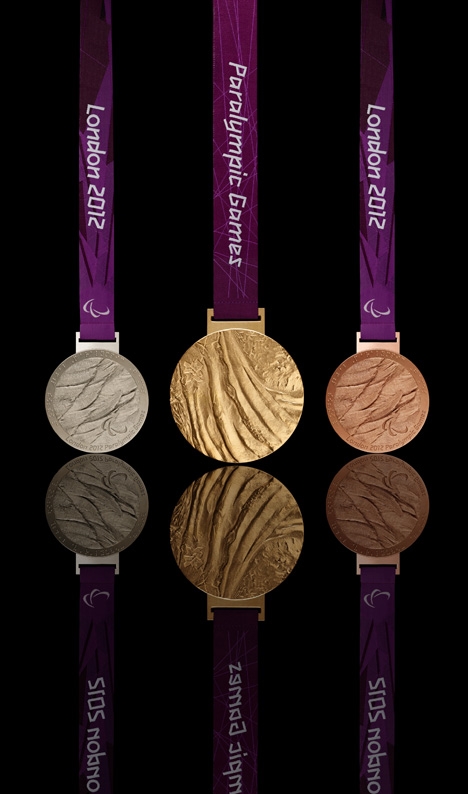 The designs are inspired by Nike, the Greek goddess of victory, with one side of the medal representing her outstretched wing. Cheung says this has been chosen to symbolise forward flight, power and lightness.

The design on the medal’s reverse has been molded directly from a cast of the Nike of Paionios, which is in the British Museum’s collection.

Cheung says that the designs for the front and back ‘clearly talk to each other, through the sculptural qualities of the goddess’s tunic on one side and her imagined wings on the other’.

Around 100 designers were initially approached by the London Organising Committee of the Olympic Games in the hunt for the medal designs. Cheung’s design was eventually selected from a shortlist of six designs.

Philip Attwood, the British Museum’s keeper of coins and medals advised this team on the historical context of games medals.

Sorrell says of Cheung’s design, ‘To take a cast from a statue in the museum – all designers would like that. It’s extraordinary design-thinking which shows a different relationship with the fabric and it will inspire athletes in the run up.’

The designs for the London 2012 Olympic medals have been created by artist David Watkins.