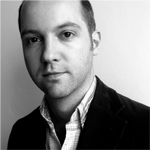 ‘I love the stories behind brand names. They often have a real charm to them. There are some, like Mars, which you assume were invented for their fun associations, but actually come a real person – Frank Mars. What a great name. Others sound like they have a genuine heritage but turn out to be made up. Häagen-Dazs is a meaningless phrase invented by two ice-cream makers in the Bronx. You have to admire their nerve. My favourite is Kodak – invented because the owner liked the letter K. Five letters, completely ownable.’ 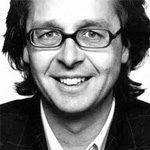 ‘Spend any time at all in Italy and you’ll spot Agip’s petrol station dog, and wonder about its meaning. What you may not spot is that said fire-breathing dog has 6 legs. True. It apparently came about after a poster design competition in 1952 when the winning design was selected to be the symbol. It’s alleged that its real designer entered under a pseudonym and died before being discovered, never having to offer up an explanation for his creation. Popular theories are either that the dog is Wagnerian in origin, or based on Greek or African mythology. The official explanation at the time was that four of the six legs represent the car, the other two its driver. Obviously.’ 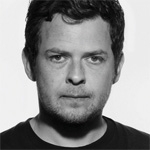 ‘Silver is an integral part of the Mercedes-Benz brand, and I’ve always enjoyed the legend behind its origin. Prior to racing in the 1934 grand prix at the Nürburgring, the Mercedes-Benz W25 exceeded the weight limit of 750 kilograms by just 1kg. To pass scrutineering, quick-thinking engineers stripped back the traditional white paint of the car’s body to reveal bare silver aluminium underneath, losing 1kg in the process. Next morning, the car was passed to race, and of course it won. This functional beginning spawned the name “Silver Arrows”, which is how Mercedes-Benz Motorsport has been referred to ever since. Silver went on to become the traditional colour for both Mercedes-Benz race and road cars.’ 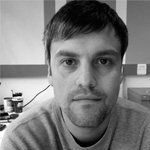 ‘On 20 January 1987, Terry Waite was taken hostage and held in captivity. He spent the first four years in solitary confinement. I can’t even begin to understand what he went through, but the brand mark designed for Hostage UK—the charity founded by former hostages—makes me try. Its honesty makes my chest thump and my spine shiver. That’s what a story should do—transcend rational thought and beat firmly in the hearts of those that favour emotion…’

Sam Gray, founder, Made By Fabric 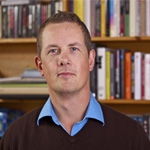 ‘My favourite stories are the genuine ones: real heritage, involving real people. Like how Jesse Boot started his chemist shop. Or, as I discovered working for Chester Zoo recently, the tale of its founder George Mottershead, who decided as a child that if he had a zoo, it wouldn’t have any bars. To me, these are the stories most likely to excite employees and customers. You can’t fake that. Well, maybe you can. But I don’t think you should.’ 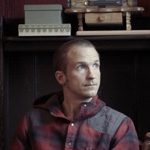 ‘A fitting topic given that I’m reading about companies that choose to be great instead of big. I’ve learnt about Righteous Babe Records who occupy an old church in Buffalo, New York, a masterpiece dating back to Buffalo’s glory days in the 19th century. The label is owned by musician Ani DiFranco, a Buffalo local who was courted by all the major record companies. But she was determined to go it alone to maintain her independence and loyalty to a city whose glory days are long gone. The church, as well as being their HQ, has become a concert venue and art gallery and now stands as a symbol of hope in Buffalo. Very righteous indeed…’ 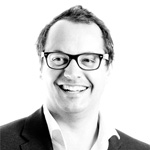 ‘Brands with real-life stories behind them ooze authenticity by definition. My favourite might just be Ella’s Kitchen (partly because I worked on it briefly!) – the story of a father, Paul Lindsey, who was so frustrated with the packaged baby foods on offer that he created a wholly organic range just for his daughter, the eponymous Ella. Like all good narratives, these brand “genesis” stories communicate values, character and a sense of mission in one neat, endearing package.’

Rabih Hage is inspired by Alice in Wonderland for new hotel