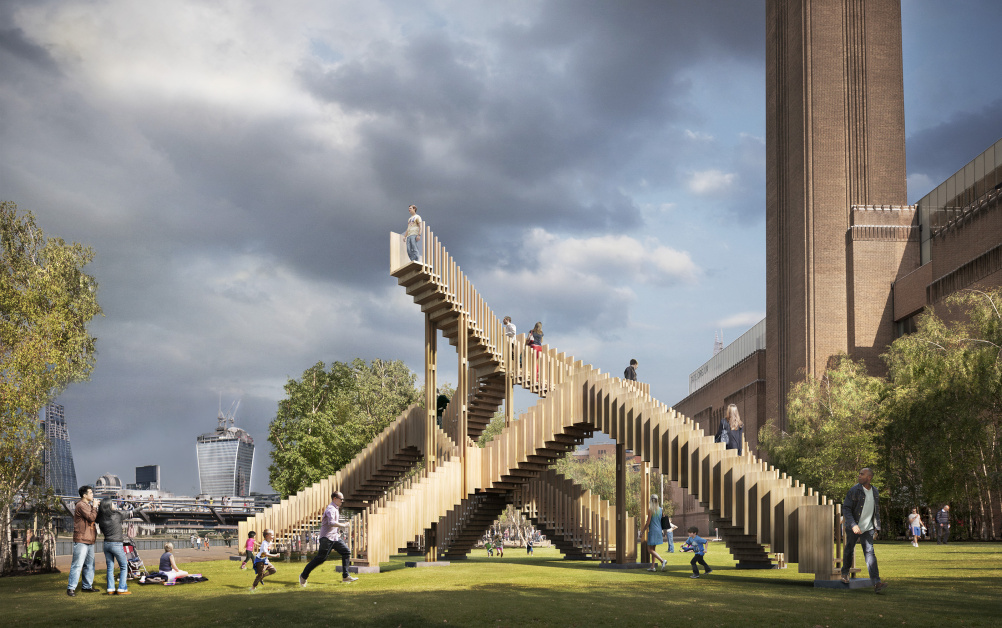 Indeed the look of this year’s festival is a reminder of the pervasiveness of design, and introduces the idea that both icons and the undervalued but vital objects of our everyday lives are permeated by its influence.

With no Trafalgar Square installation this year, or anything outside the V&A entrance, organisers have opted to commission their show-stopper for the grounds of the Tate Modern.

Endless Stair, designed by architect dRMM, is a series of 20 interlocking staircases inspired by the illusory artwork of M.C Escher.

The installation, which features 187 steps, has been designed to be reconfigured and reused, and so is in this sense, as well as its illusiory one, endless. 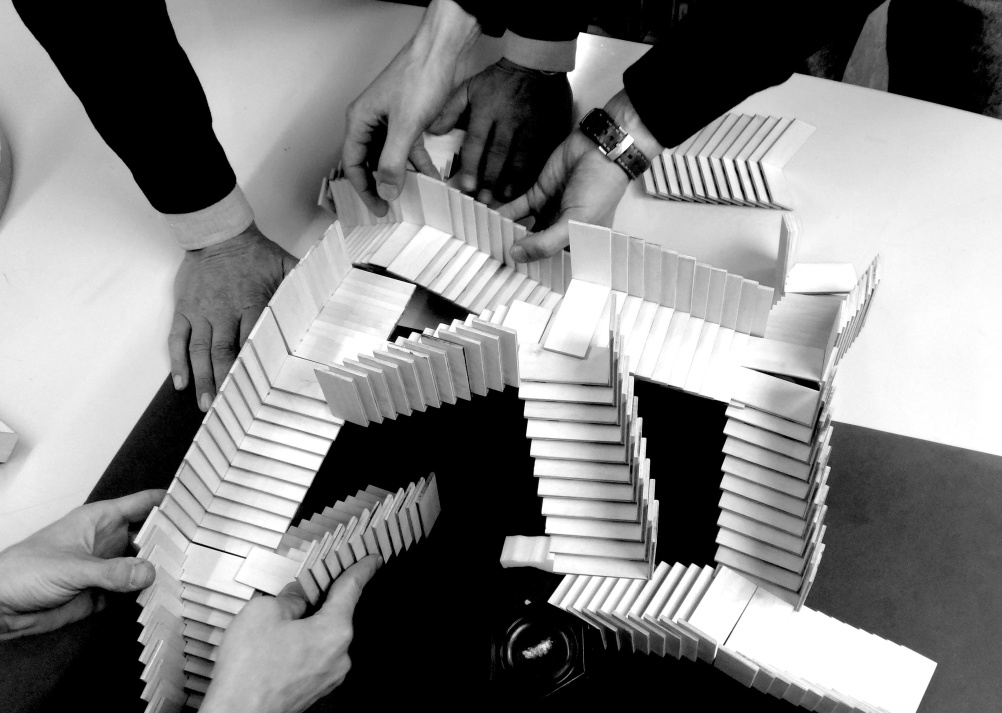 It has been developed in association with LDF partner The American Hardwood Export Council and Arup Engineers – which both have longstanding partnerships with the festival.

First earmarked for St Paul’s, Endless Stair was switched to the Bankside location for its interplay with the Thames panormama and the context of modern art and architecture offered by the gallery.

Comprised of 11.4 tonnes of American tulipwood – one of the most abundant timbers in North America – the stairs possess excellent structural properties, so the installation is presumably safer than it looks.

Its cross-laminated timber construction means that it can bear significant loads, yet with little material needed.

If all the panels were stretched end-to-end, the Endless Staircase would eventually come to rest at a height of 4.5 times the height of Big Ben.

Despite that, bravely, the installation is having its full environmental profile worked out by consultants PE International, which is producing a report to work out lifecycle impact. 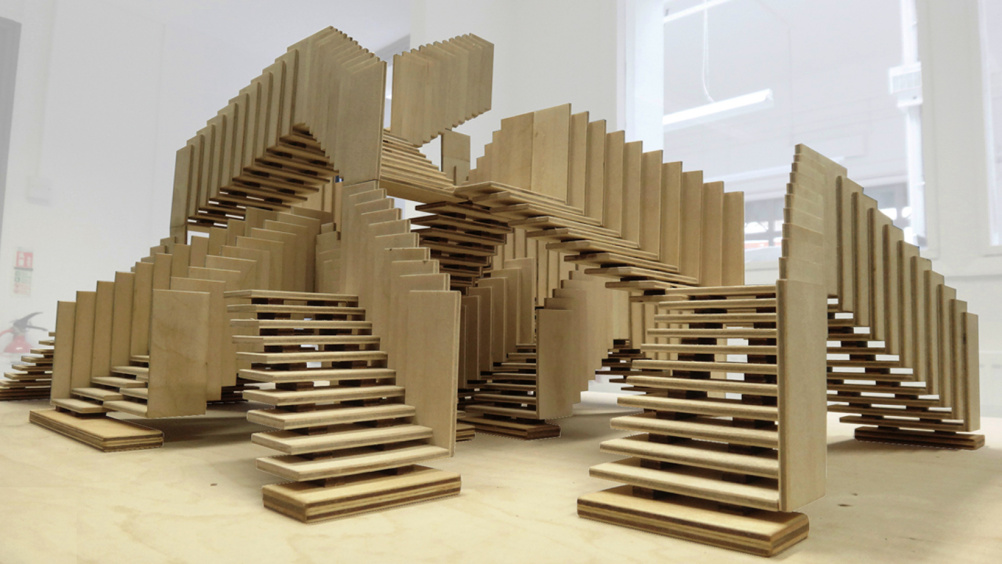 Endless Stair runs from 13 September to 10 October and will be accessible during daylight hours from 9am until dusk and by night can be viewed in the glow of illuminations by Seam Design, offering the potential to confuse and bewitch passers by around the clock.