‘In my youth I wanted to break the record for the most backflips. I could see myself endlessly flipping down the street to everyone’s amazement and I’d be the coolest kid ever. Barely being able to manage one flip however was a bit of an unfortunate setback on my quest. Whatever record you aim to break these days you better have a physical brandable gesture at the ready or you’ll be a nobody – the Mobot, the Lightening Bolt, the Bieber/Bale heart. I’ve been thinking what the “JACK” might be and am currently testing out a foot-pumping car-jack motion. So when I break the record for the longest time wasted on a conference call, I’ll be ready for that sponsorship call from Richard Branson.’

‘I’m pretty sure I’ve got this one in the bag, or should I say pencil case. As far as I know my collection of Eskesen floaty pens is unsurpassed… Record Breakers was part of my childhood TV viewing but since that stopped, other than seeing a bloke with a certificate standing next to the shortest/tallest/strongest/biggest rubber band ball Guinness World Records doesn’t really mean anything to me any more. I’ll be interested to see how Brandhouse opens up new areas for them, perhaps more visitor attractions like Ripley’s Believe It or Not! Odditoriums or another regular engagement with the brand like Record Breakers was for me. P.S. It has since come to my attention that a man in Holland has 6,000 Eskesen pens. P.P.S. If anyone wants a floaty pen designing I only need 5,986 file copies!’

‘I think the new rules should stipulate that five pints of Guinness should be drunk before any record attempt. This would open up a whole range of new records such as longest walking in straight line and most non-slurred sentences spoken consecutively. It would also make record attempts so much shorter for the viewing public. There’s nothing so dull as having to sit watching a man build the Taj Mahal out of playing cards – after five pints the record would be the front door and bit of a window.’

‘The materialistic side of me wouldn’t mind holding the “world’s richest person” title. That said there’d be something satisfying about holding the record for something ridiculous like “most absurd records ever broken”. I’d love to see the look on the face of the guy who held “most T-shirts worn whilst walking through custard in flip flops” when he realised he wasn’t a record holder anymore!’

‘The person to raise the most money to ensure that everyone on this planet has access to safe drinking water – a basic human right – through more effective water management. The money would be donated to creating better water filtration systems and fund a global design for good competition with the brief to create products and promote behaviours that can help people to lower their use of water and reduce waste. Unicef says over 1.5 million children die every year through drinking polluted water – we must apply our funding and creativity to solve this issue.’ 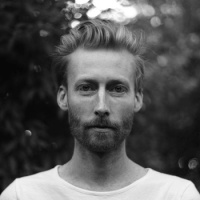 ‘Imagine going to work every day and training to beat a world record. Just over a year ago thousands of Olympians were doing just that. Call me old fashioned, but they are records worth chasing. Unlike them, the options left to me are pretty slim. I am a mere 6ft 2in away from owning the largest rubber band ball in the world (at this rate just over 48,000 years away). And at under 40, a nose exactly halfway to being the longest belongs to me. There’s still a chance. Ok, it’s not exactly going to worry Usain Bolt is it? But what is life without a dream, eh?’

‘Actually… we’ve just become record breakers. Every year since SomeOne started we’ve held a whopping Christmas Party abroad. Barcelona, Berlin, Rekjavik, Copenhagen, Paris, Hamburg, Oslo — they all witnessed SomeOne at full-tilt (quite a sight). They were all cold — like, REALLY cold, but they were hot parties with each event getting bigger (The Oslo trip saw us all “do” the Lillehammer Olympic Bobsleigh no less). This year we accidentally broke a record that has stood for over 50 years — but this time, somewhere hot. We’re delighted to say that on the weekend, we had our first ever Summer party (Winter is so last year) and managed to entirely exhaust the Rosé supplies of the Marbella Beach Club — in what we are told was a record time. The manager relayed in boggle-eyed astonishment that she’d never seen so many bottles of Rosé consumed with such enthusiasm by so few. We can’t reveal the exact bottle to person ratio as we think it’s probably illegal.’