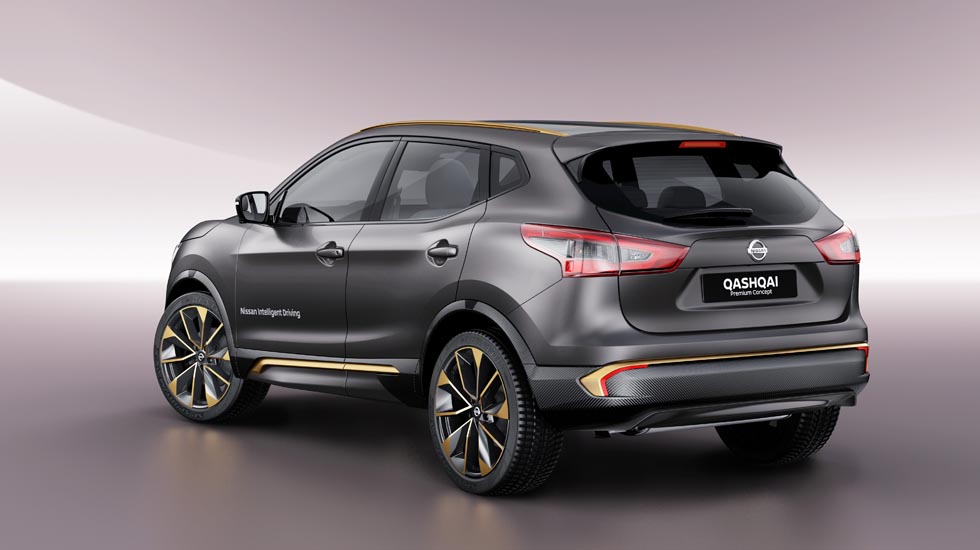 Auto-manufacturers are now designing for a tech-savvy audience with a rising degree of social and environmental awareness. An increasingly urban consumer is also concerned about safety and security as well as the cost and convenience of driving.

We know about autonomous cars from popular culture – Batman’s iconic Batmobile; Knight Rider’s KITT and Total Recall’s Johnny Cab – where a vehicle without a driver is synonymous with the future. And, now that future is here. Manufacturers are taking their versions of self-driving cars off the drawing board and onto the road, where autonomous technologies are appearing in exciting installments.

For example, premium car brand Tesla’s “Autopilot” software which allows Tesla cars fitted with it to keep in lane, change lanes when the driver taps the indicator signal, and avoid vehicles and other hazards around it.

In 2017, Nissan will make semi-autonomous drive technologies available to the mass market when it introduces its Qashqai model. The car, fitted with Nissan’s ProPilot stage one autonomous drive technology, will be able to take over from the driver in certain conditions. For example, in a single lane in heavy traffic conditions on motorways and A roads, the car will be able to manage the steering, braking and acceleration itself.

Interestingly, Google’s self-driving car prototype, the brand’s striking vision for what a fully autonomous car could look like in the near future, has no steering wheel, brake pedal or accelerator. 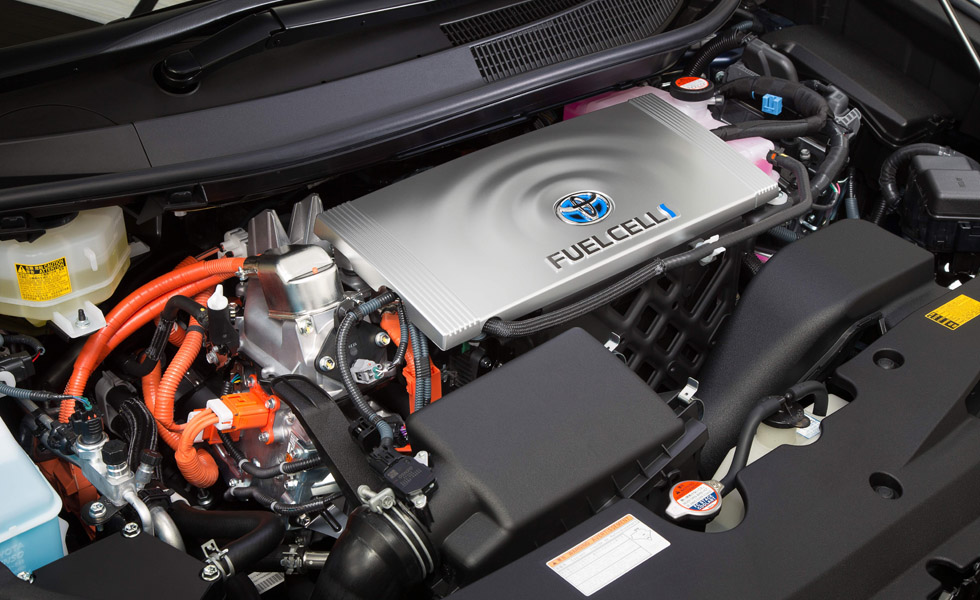 Electric cars have been the darlings of Hollywood A-listers for the past decade: Arnold Schwarzenegger famously bought all-electric sports car, the Tesla Roadster, fresh off the shelf in 2008.

We live in a world concerned about pollution and climate change as well as the end of crude oil. Fuel-efficient, clean energy vehicles fit perfectly into that global dilemma. They are no longer the preserve of the rich and famous. A combination of lower electric car battery costs and more widely available charging stations is bringing the cars into the mainstream. New research by Bloomberg New Energy Finance suggests that there are further reductions in battery prices ahead, and that during the 2020s electric vehicles, EVs, will become not only the greener but the more economic automotive option in most countries.

Beyond electric, the auto manufacturers promise a future of cars powered by hydrogen, with an impressively long driving range and emissions that are nothing but water vapour. The Mercedes-Benz F105 research vehicle is powered by hydrogen fuel cells instead of petrol.

Toyota’s hydrogen-powered Mirai, which means ‘future’ in Japanese, is available now. This design comes from the brand that took its hybrid Prius to mainstream success across the world. Designed as a hybrid, Mirai uses the Toyota ‘Fuel Cell System’ and combines fuel cell technology with hybrid technology. It can run 300 miles on a single tank of compressed hydrogen. 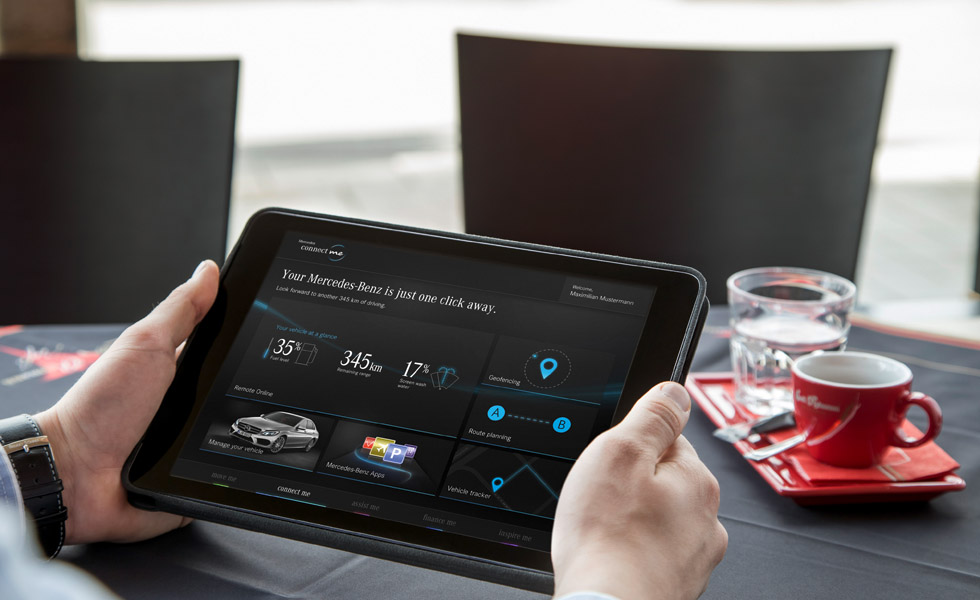 ‘The Internet of Things’ is driving change in car design. The connected car is a vehicle which has direct access to the internet and is able to link up with other connected items such as smartphones, traffic lights and tracking devices.

According to research firm Gartner, 20% of vehicles globally will have some sort of wireless network connection by 2020. This amounts to more than a quarter of a billion cars. This level of auto connection spells a massive opportunity for app developers, providing products that focus on entertainment, wellbeing, safety and more. We already see apps that enhance the driving experience with things like navigation, traffic-jam avoidance and locating the cheapest petrol station.

With the connected car, software expands car capabilities into new realms. Mercedes Benz is one manufacturer connecting the consumer to their car with their smartphone. Features include getting geofencing notifications if it leaves a defined area and using the remote parking feature to let it park itself.

With internet enabled devices vulnerable to hacking, security will remain a key concern for consumers and manufacturers will need to go the extra mile to embed trust into the connected opportunity going forward. 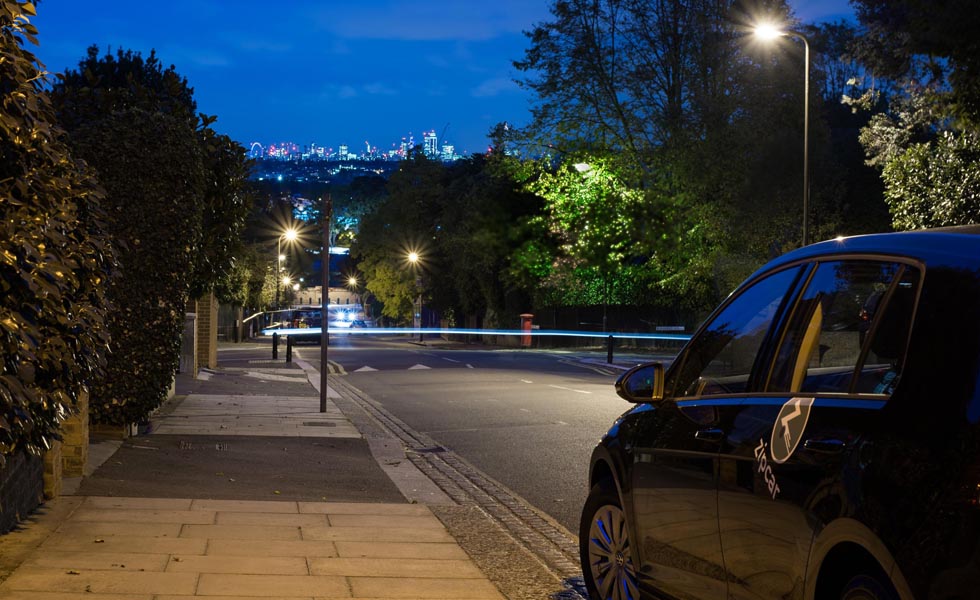 The sharing economy has made healthy inroads into the autosphere. The growth of cities and the effort by city planners to make them less polluted and less congested is one of the reasons private car ownership is in decline. According to transport charity Carplus’ latest survey of car clubs in the UK, 50% of Londoners now live within a five minute walk of a car club car. Each of the shared cars available for hire takes 17 privately owned ones off the road.

With the costs of owning a car making significant inroads into the average pay packet, it is no surprise that the number of car club members is on the rise. Apart from the environmental benefits, the personal financial savings on maintenance, insurance, tax and parking can be significant.

Brands such as Zipcar, a major player in the car sharing market, are capitalising on this. Zipcar gives consumers access to pay-as-you-go vehicles and meets the needs of people who want a car on an occasional basis. The brand, which operates in several UK cities, claims that members can save up to £3,000 in car ownership costs annually. Users can book vehicles by the hour or by the day using a web portal or app. 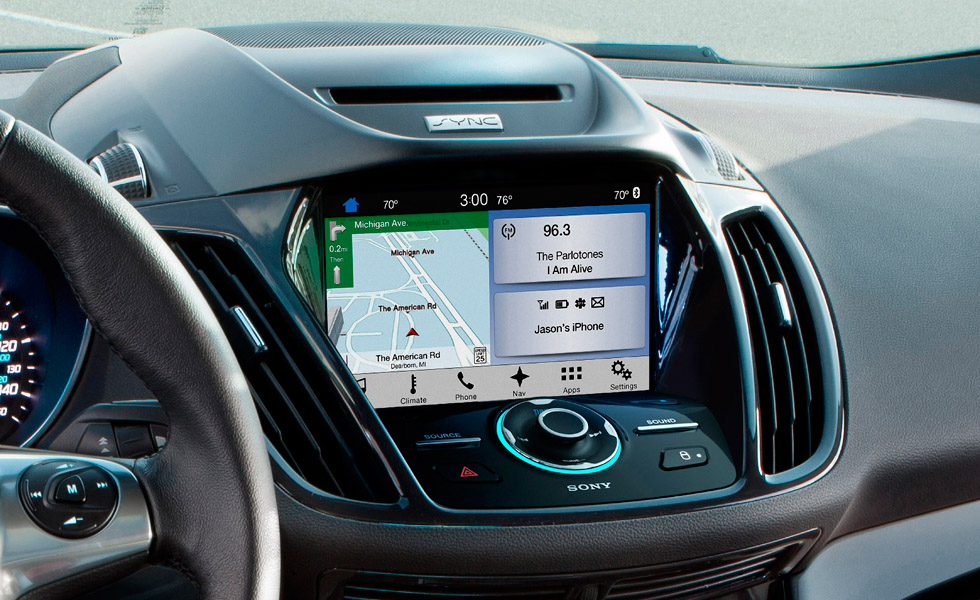 With increased pressure from regulatory bodies to cut accident numbers, enhanced safety features are appearing across all automotive segments and helping manufacturers to stay competitive. Elements such as airbags and crumple zones have been standard within car design for some time. Now there are innovative technologies focussing on aspects such as collision warning, night vision and blind spot detection.

Both touchscreen infotainment and GPS direction are typical features in today’s cars, and as well as helpful, can be very distracting for drivers. A lack of concentration is a key reason for accidents. Ford SYNC with AppLink is an infotainment system that is safer to use.

Ford’s technology connects the driver with their smartphone apps through voice commands, meaning the user doesn’t need to look at the interface while driving. This enables a hands free experience of using a phone, controlling music and, in the event of an accident serious enough for the airbags to have been deployed, making a call to emergency services.

Similarly, controls located on the steering wheel of Mercedes Benz’s forthcoming E Class saloon (launching in 2017) respond precisely to horizontal and vertical swiping movements. This allows the driver to run the infotainment system using finger swipes without having to take their hands off the wheel.