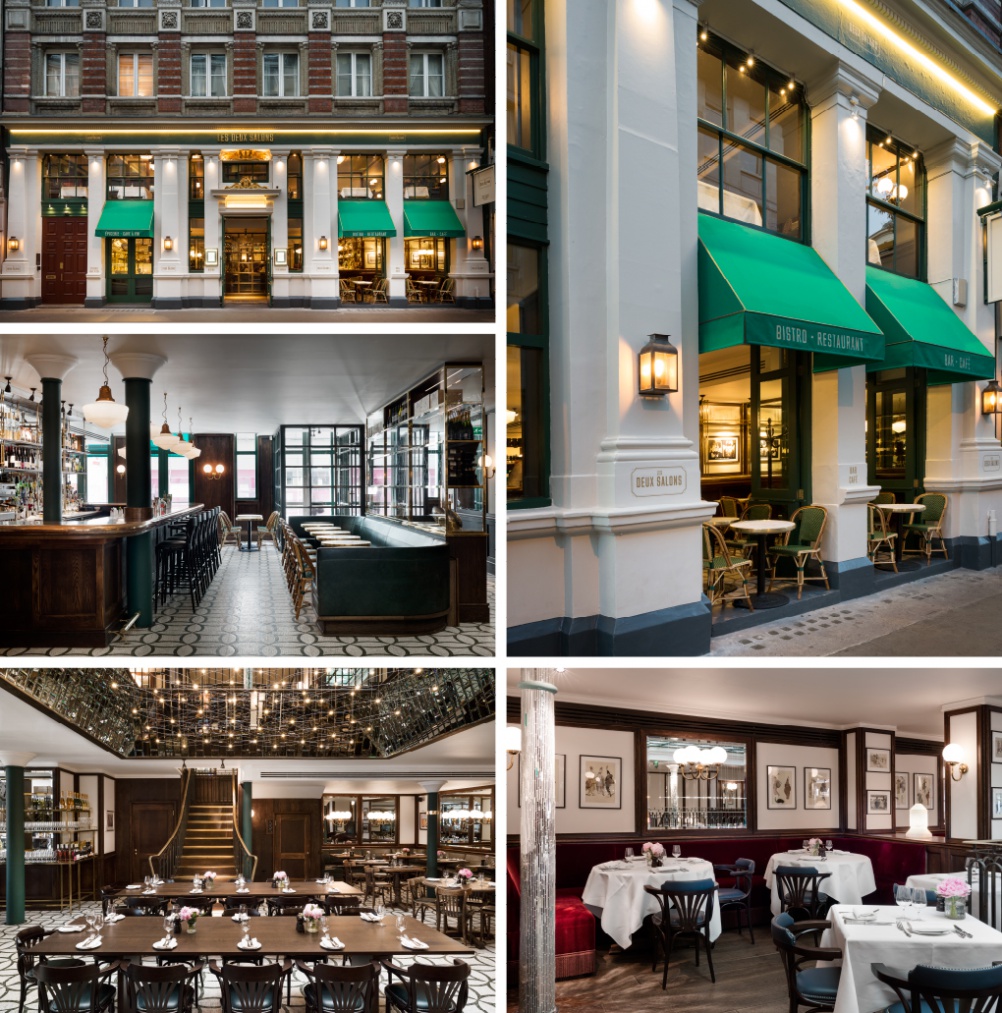 Sir Terence Conran has relaunched the Les Deux Salons restaurant in London’s West End after taking it on at the end of last year.

It has been redesigned by Spin Architecture, which was founded by Isabelle Chatel de Brancion, who previously worked for Conran and Partners.

Chatel de Brancion says she first started speaking with Conran about the project in January this year when she was briefed “to make it more French and more contemporary”.

The restaurant will keep its name as it refers to the two storeys of the building, which have now been given their own look and feel. 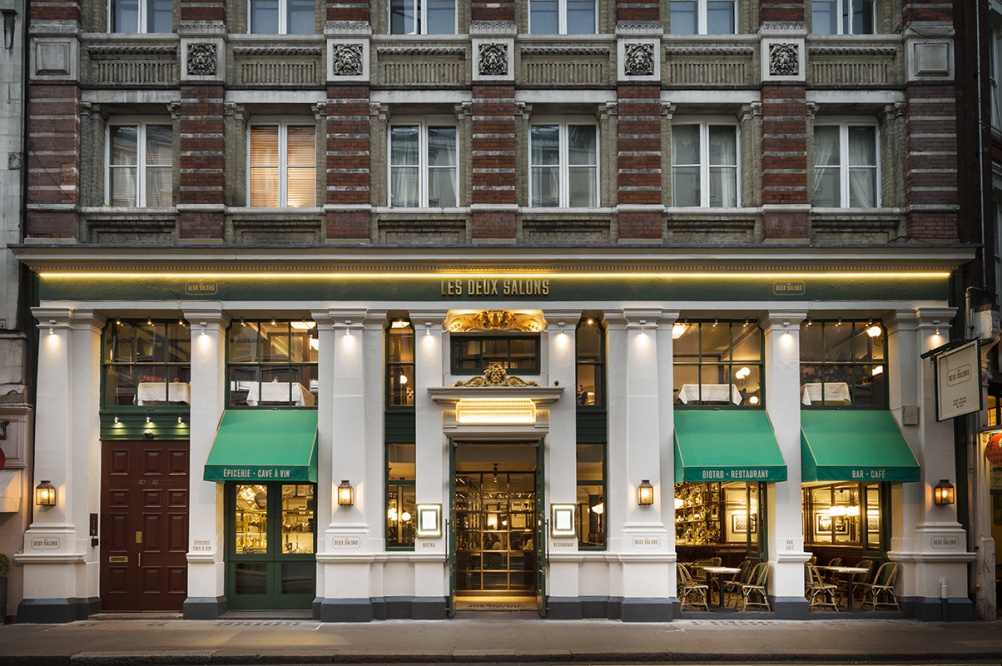 “It was quite gloomy before so needed to be made lighter and brighter. We’ve used mirrors to give more depth and created new sub spaces,” says Chatel de Brancion.

Produce is sold at a small épicerie space near the entrance, which gives way to a larger space which is “very bistro” and at the back “more dynamic” sharing tables.

Belgian lighting designer Jan Pauwels has created a light installation, which is comprised of thin metal tubes and LEDs, which Chatel de Brancion says is “a light reflective structure showing the mosaic floor tiles expressed in 3D. It has a very ethereal effect”. 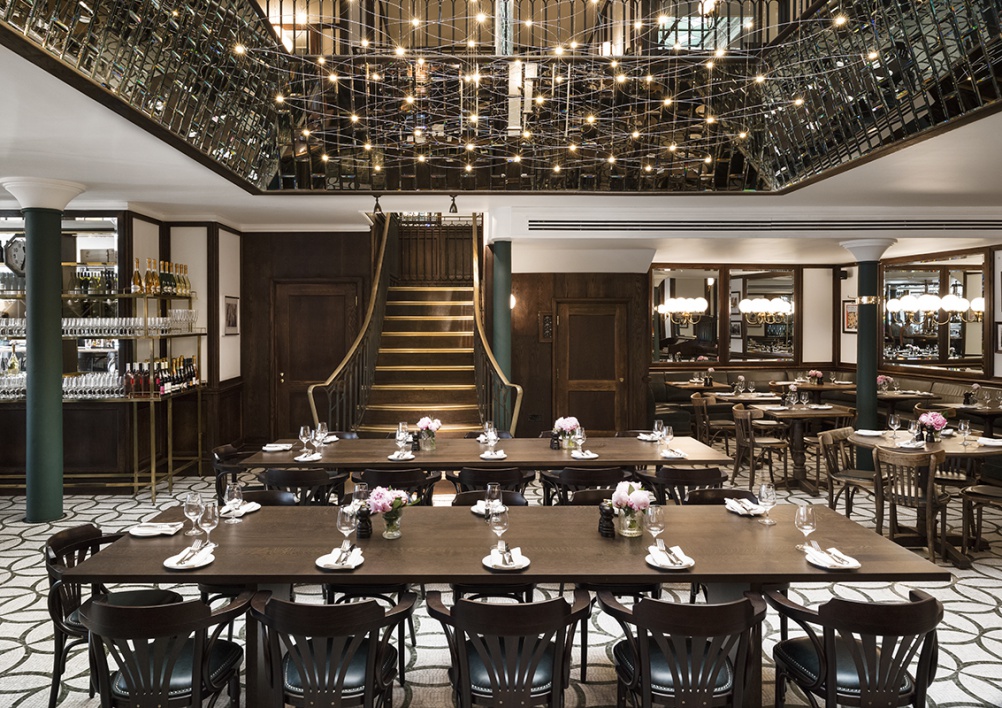 The colour palette is green outside and off white on the ground floor, there is dark oak furniture throughout and upstairs – “which has a more fine dining feel” – dark blue; “very Parisian,” says Pauwels.

All images by Paul Raeside. 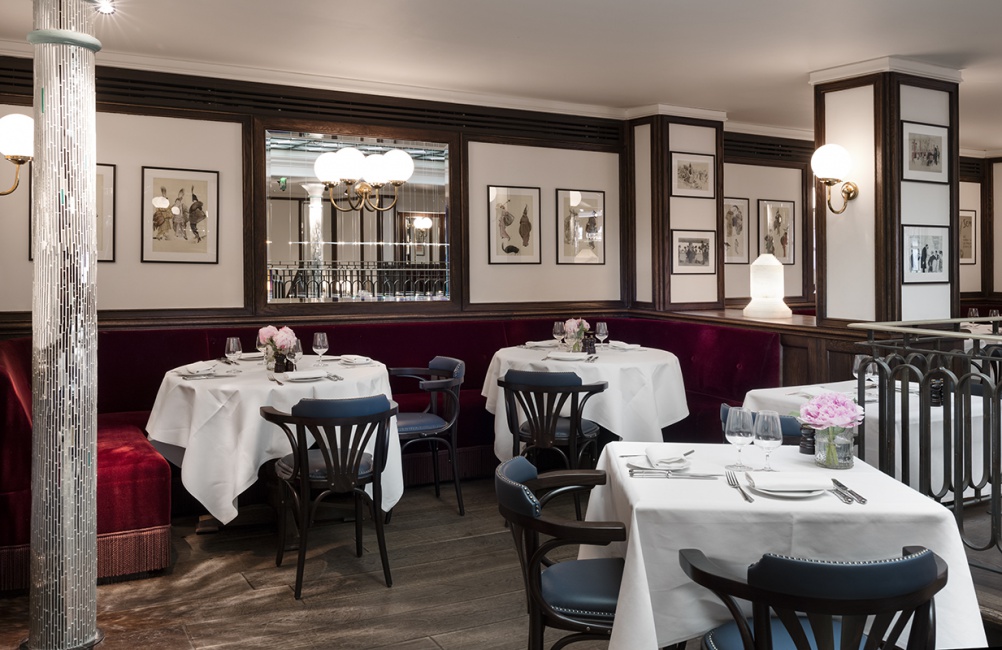 Setting up your design business and uncovering your values