“Anish Kapoor’s Cloud Gate in Chicago’s Millennium Park. It’s still the most alien and fascinating object I’ve encountered in a public space. It moves everyone who encounters it. Children glue themselves to its seamless reflections, lovers selfie themselves, uniquely taking virtually the whole city in with a single snap. The rest of us just marvel at its sheer impudence and space-twisting audacity. Great art at its inclusive best.”

“I can’t just pick one favourite –  I’m a public art curator nerd… So I would like to nominate Martin Creed’s beautiful public artwork for Edinburgh’s  Scotsman Steps ‘work no 10-007’ and AK Dolven’s ‘out of Tune’ at Folkestone beach as just two standout public art commissions in the UK. Internationally, Olafur Eliasson’s Harpa Concert Hall is a stunning work of art which creates one of the most beautiful and uplifting buildings to be in.” 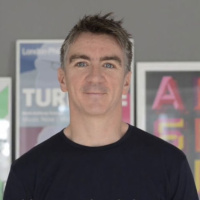 “We’re really lucky in Brighton, because we do have quite a lot of public art pieces, and a lot of unauthorised public art pieces that pop up too. My favourite from Brighton would have to be the ‘Kiss Wall’, by Bruce Williams. A really simple sculpture that captures the spirit of Brighton – equality, understanding and acceptance between all individuals. It’s also referenced nicely by Banksy’s ‘Kissing Coppers’, which also sprang up in Brighton.”

“As a resident of Notting Hill the neighbourhood is always filled with tons of inspiration. One to discover is the mosaic under the Westway on Portobello Road. Commemorating the Spanish refugees who fled Fascist Spain and the men and women from Kensington who fought in the International Brigade and supported the Spanish Republic during the Spanish Civil War of 1936-1939 against Franco and his Fascist allies. Notting Hill has become a refuge from many who have had to flee political oppression.”