Graphic and branding design teams often agonise over the perfect colour palette, imagery or tone of voice – so much so that the words and letters in a project can sometimes be overlooked. While choosing the logotype is always a considered decision, it’s easy to forget that even the simplest typefaces have characters that can be misconstrued, particularly for people with problems deciphering letters.

That’s why graphic designer Thomas Bohm, director of User Design, Illustration and Typesetting, has written a guide to help designers define letters and symbols that are often misrecognised when used in common, legible typefaces.

Bohm’s report looks at misread characters from the viewpoint of children, those with dyslexia, those who are visually impaired, older people, and those who have no visual impairments and are aged 13-45 – a “general” population.

His inspiration for investigating the topic stemmed from the comparison of Erik Spiekermann’s Nokia typeface used on an old mobile phone, which had clearly defined the letters I (capital i), l (lowercase el) and 1, with more modern typefaces, which don’t define the letters as clearly.

“I always think – defining characters such as ‘I, l and 1’ would not affect a typeface drastically or negatively but would make it clearer,” says Bohm. “So why don’t typeface designers define these characters?”

He adds: “I have a passion for making graphic communication design highly usable. And by including aspects such as sight, age and disability into the paper, I thought it could make for an interesting and inclusive read.”

Bohm starts the paper by saying that different people misconstrue different letters and symbols, and confusion can occur in different situations – from reading a book to more “serious” situations such as misreading medicine information leaflets.

His report is composed of research and investigative work carried out on secondary sources. Here is a summary of Bohm’s findings:

Confusing letters and symbols for:

“General” people (aged 13-45, with no dyslexia or visual impairments) 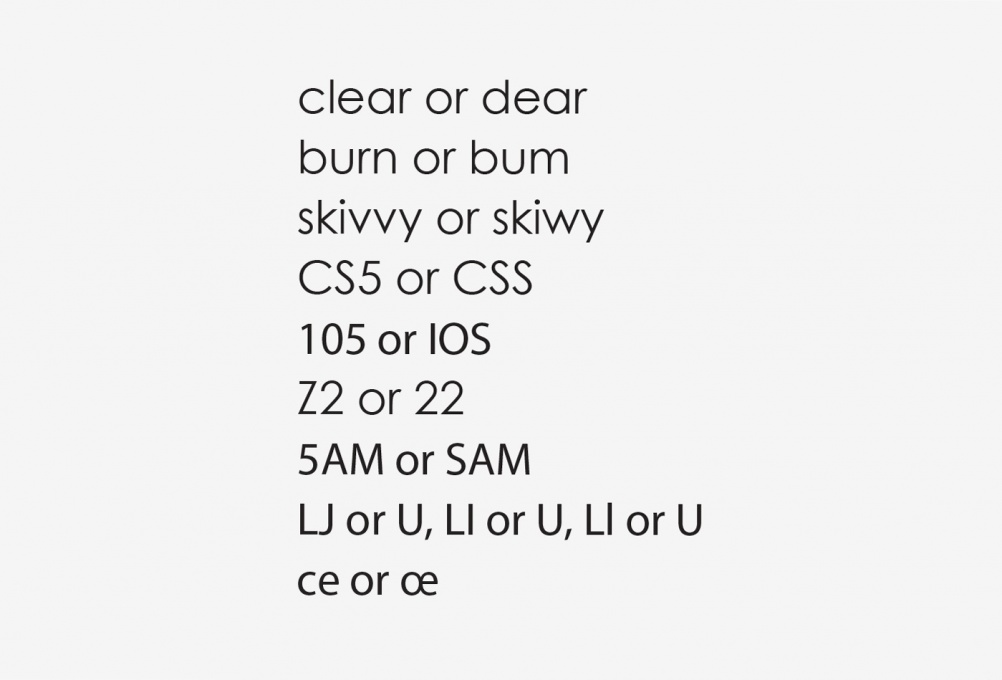 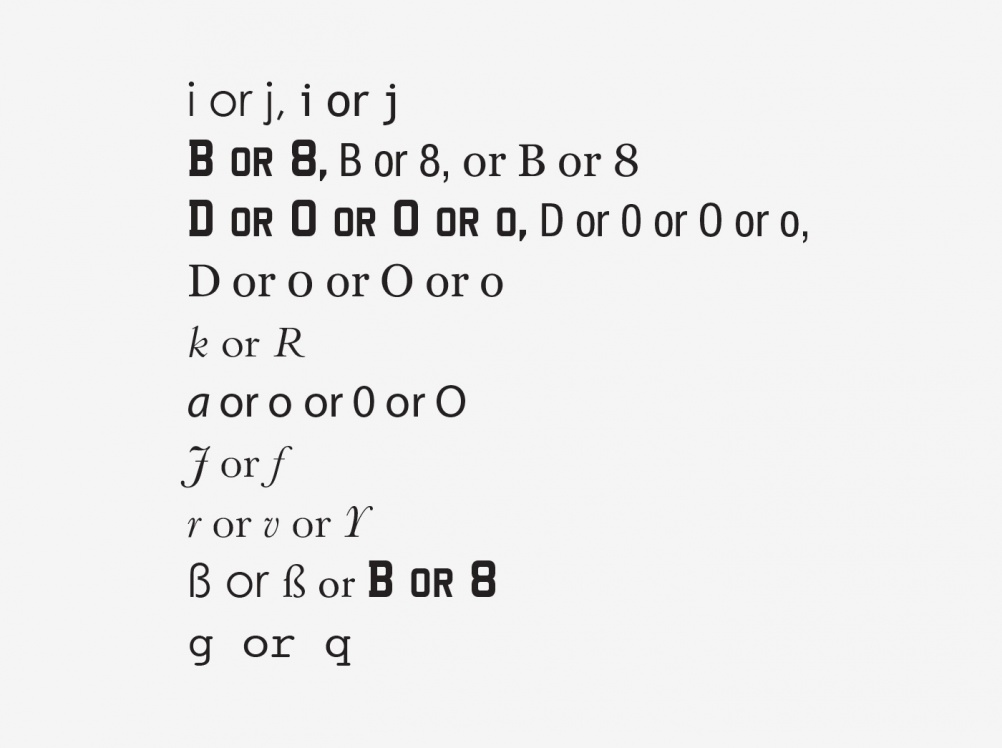 Bohm concludes his report by saying that neglecting to define letters and symbols can not only result in word confusion, but also “fatal incidents”. He advises that typeface designers use programs such as OpenType to amend and alternate particular letters in a defined typeface. “One of a designer’s social responsibilities is to make sure the design and communication they produce can be used well by the many different types of people who use it,” he says.