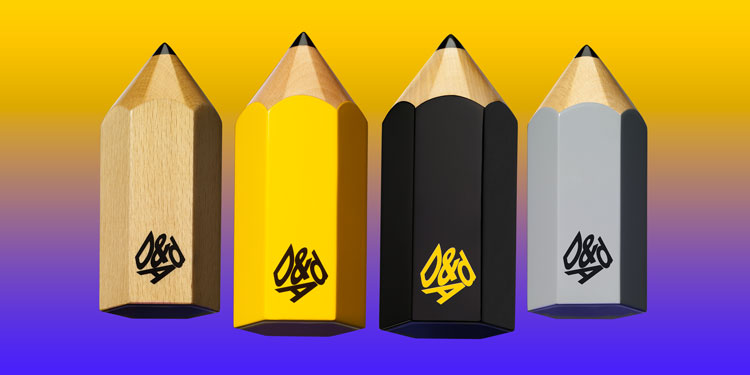 D&AD has announced the winners of its 2019 awards, with six projects claiming the coveted black pencil.

The Design and Art Direction (D&AD) awards have been running since 1963 and see four different levels of black, yellow, graphite and wooden pencils given out to merit great design work from the last 12 months, with black being the highest accolade.

This year saw over 10,000 entries received from 73 countries across 34 categories, with US creative teams submitting most entries, followed by the UK. The total number of awarded projects is 720.

Categories cover a broad range of creative disciplines, including design fields such as product, digital, branding, experiential, environment, sound and print design, through to advertising, writing for design, illustration, visual effects, radio and audio and typography.

There is also a “creativity for good” category, focusing on design projects that have a social purpose, and this year D&AD introduced a “side hustle” category, specifically for up-and-coming creatives and entrepreneurs.

This year’s entries responded to the theme of “Shaping the Future”, which asked entrants to think about the role design and creativity plays in building a better future.

Advertising agency Droga5 and US-based production company Furlined have both won for their collaboration on a New York Times multimedia campaign, The Truth is Worth It, which aimed to highlight the newspaper’s “rigorous journalism”, says D&AD. Droga5 has been awarded in the TV Commercial Campaigns category, and Furlined in Writing for Film.

Australian branding studio BWM Dentsu won in Digital Design for its Project Revoice campaign for the ALS Association, a US-based charity that helps those with motor neurone disease.

The disease, which affects the nervous system and eventually causes muscles to stop working, often results in people with the condition losing the ability to talk. Project Revoice creates a “digital clone” of someone’s voice that can be used alongside text-to-speech devices, enabling someone to recreate their voice.

Another accessible design project, Microsoft has been awarded in Product Design for its Xbox Adaptive Controller, a gaming kit specifically designed for disabled gamers and those with limited mobility and dexterity.

US-based ad agency Wieden + Kennedy has been awarded in the Integrated category for its Dream Crazy campaign for Nike, which featured athletes such as Serena Williams to make the 30th anniversary since the birth of the brand’s ‘just do it’ slogan.

Yellow pencils, the second highest D&AD accolade, have been awarded to 58 projects, including several for The Truth is Worth It and Viva La Vulva.

Another is Sehat Ka Batua — The Health Purse by advertising agency Grey’s India studio, a selection of purses with printed graphics offering women informative diagrams on how to check their breasts for lumps.

Other yellow pencils went to The New York Times for Kids magazine, in the Magazine and Newspaper Design category, and to German architectural practice Atelier Bruckner for the Macallan Visitor Experience in the Exhibition Design category, for its visitor centre for whisky brand, Macallan.

In the Packaging Design category, Jones Knowles Ritchie received a yellow pencil for its work for Miller Harris Scarves, while in the Branding category, BBC Creative and Superunion received one for their collaborative rebrand for BBC Two.

The D&AD President’s Award, which goes to a coveted individual in the creative industries, has been awarded to stage and experiential designer, Es Devlin, best known for creating sets for the likes of Beyoncé, Kanye West, U2, Miley Cyrus, the Olympics 2012 closing ceremony, and more.

For the full list of D&AD Awards 2019 winners, head here.