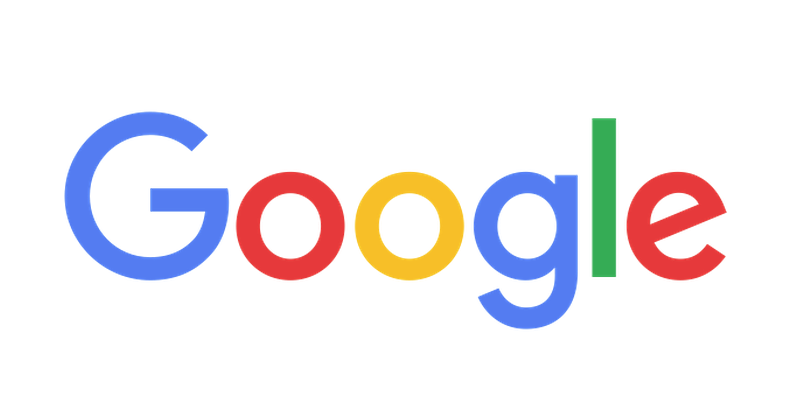 Search engine Google is launching a new logo, which the company says “updates [the branding] for a world of seamless computing”.

The new identity has been created by Google’s in-house design team. Designers from across the company, including Creative Lab and the Material Design team, were brought together in New York earlier this year for a week-long “design sprint”.

The design team says it wanted to look at four challenges:

Distilling the brand to its core and building it back up

The team says: “We started by distilling the essence of our brand down to its core — four colours on a clean white background—and built it back up.”

The design team says of the new logo: “The Google logo has always had a simple, friendly, and approachable style. We wanted to retain these qualities by combining the mathematical purity of geometric forms with the childlike simplicity of schoolbook letter printing.”

The team says the new logo “maintains the multi-colored playfulness and rotated ‘e’ of our previous mark—a reminder that we’ll always be a bit unconventional”.

Google says its new logo “will reflect this reality and show you when the Google magic is working for you, even on the tiniest screens”.

As part of the rebrand, Google is ditching its blue “g” icon and replacing it with a four-colour “G” to match its logo. It is also bringing in new elements such as a “colourful” Google microphone.

The design team says: “The Google G is directly derived from the logotype ‘G,’ but uses increased visual weight to stand up at small sizes and contexts where it needs to share space with other elements.

“Designed on the same grid as our product iconography, the circular shape was optically refined to prevent a visual “overbite” at the point where the circular form meets the crossbar.

“The colour proportions convey the full spectrum of the logotype and are sequenced to aid eye movement around the letterform.”

A new “Google Dots in Motion” graphic has also bee introduced. The design team says: “The Google dots are a dynamic and perpetually moving state of the logo. They represent Google’s intelligence at work and indicate when Google is working for you.

“We consider these unique, magic moments. A full range of expressions were developed including listening, thinking, replying, incomprehension, and confirmation.”

As part of the rebrand, the Google colours have also been updated “to maintain saturation and pop”, and a new Product Sans typeface has been introduced.

The new look follows the introduction of the new Alphabet corporate identity, which is used to operate a collection of businesses, including the search engine.

The Google brand will continue to exist, but at a holding level the new Alphabet identity will be used, with Alphabet Inc replacing Google Inc as a publicly traded identity.

Google says of its new identity: “So why are we doing this now? Once upon a time, Google was one destination that you reached from one device: a desktop PC.

“Google of the future”

“These days, people interact with Google products across many different platforms, apps and devices – sometimes all in a single day.

The company says: “This isn’t the first time we’ve changed our look and it probably won’t be the last, but we think today’s update is a great reflection of all the ways Google works for you across Search, Maps, Gmail, Chrome and many others. “

This is Google’s first major update to its logo since 2013, when it introduced a “flat” identity.