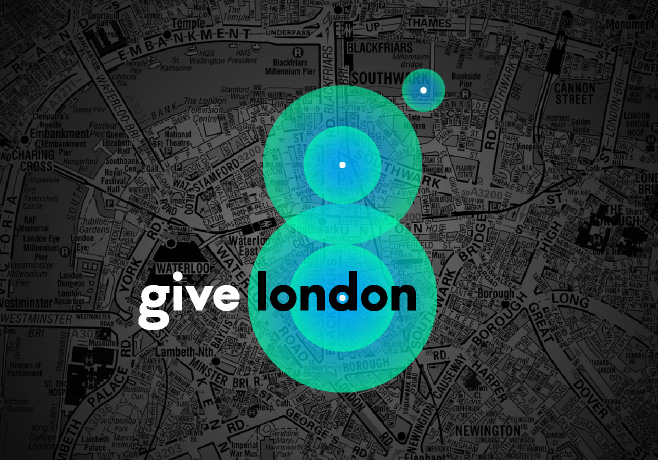 The Allotment has created an “emotional” visual identity and website for a new London-based charity fundraising initiative.

Give London, founded by the London Community Foundation, looks to support people across London by raising money for local charities.

The new Give London logo incorporates a geolocation device, which pulsates when viewed online, coupled by portrait photography and A-Z maps of London.

The pulsing circles also create an “abstract G-shape”, says Paul Middlebrook, managing director at The Allotment. The eventual aim will be that users of the website can show their support by adding their postcode, and then their position will come up as a “pulsing beacon” on the map.

Middlebook says: “Eventually, this will tie in with the donation process and light up the London map with constant pulses to show how generous Londoners are towards local people and charities in need.”

A colour palette of green and blue has been used for the geolocation device, alongside monochrome photography and logotype, a custom-drawn version of Futura typeface.

Middlebrook says the aim was to create a “strong emotional connection” with the new charity, to enable it to become a “powerful force for good” in London.

The use of photography of people supported by the various charities is about “telling the absolutely amazing stories of the work that many relatively unknown charities do,” he adds.

Sonal Shah, chief executive at the London Community Foundation, adds that Give London is about creating a “highly effective way of making a difference to the lives of those who live in our city.”

The project took roughly three months to complete, and The Allotment worked with photographer John Angerson on the portraits.

The London Community Foundation was founded in 1995, and has given £50 million in funding to more than 9000 charities and charitable projects over the last 21 years. 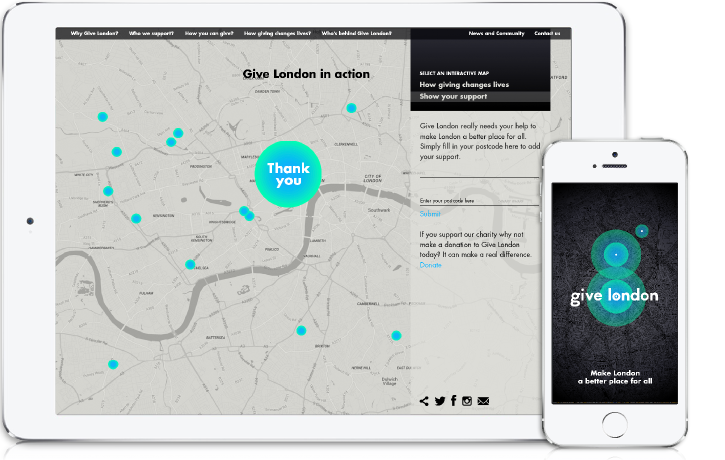 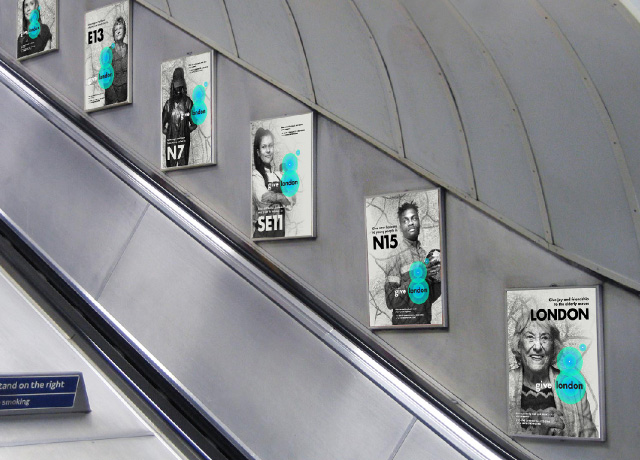 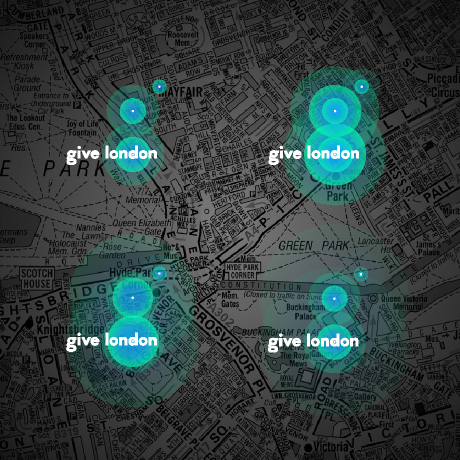 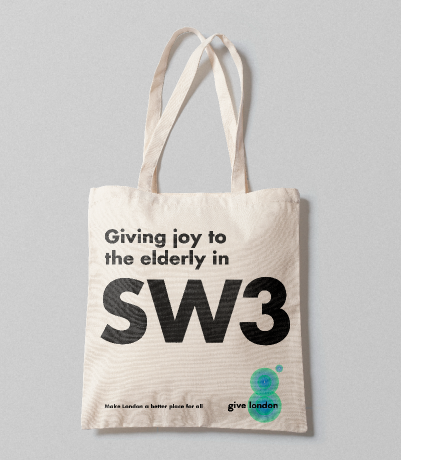 V&A engineering season – designed by humans and built by robots