Design Week: Why did you decide to publish your monograph Projects?

Jay Osgerby: It’s the third book we’ve published, following our first book in 2011 and one we self-published in 2015, which was a photographic exploration of our work to date with no words or explanation. We made our first piece of furniture over 20 years ago, so we wanted to explain the evolution of the studio, go into detail on the projects and tell the stories behind them. Along with Phaidon, we felt it was time to capture the essence of both books in a new one that was written by someone who was more objective. 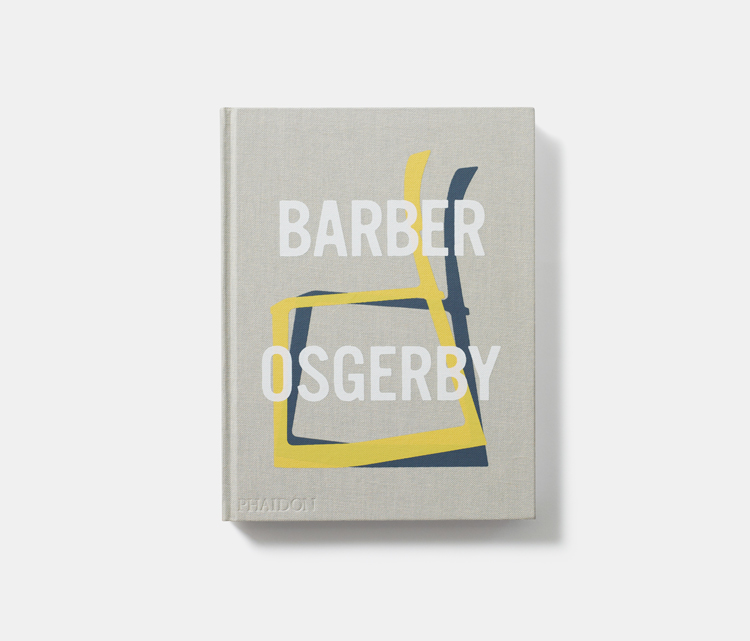 DW: Tell me about the structure of the book?

JO: Devising the structure was probably the hardest part; it felt too logical to run through things chronologically. We categorised things into three areas: folded structures, frameworks and volumes.

Folded structures encapsulates products made from sheet materials, those which have a lightness to them. This includes the Olympic Torch we designed for the London 2012 Olympics and the Loop Table, which we created in 1997. Both are made from folded materials, such as plywood and aluminium.

Frameworks is about constructing objects with apertures and openings that bring in our architecture training, such as the Tip Ton chair, which we designed in 2011.

Volumes is a diverse section, and is made up of items where we’ve taken a solid block or mass and sculpted it, rather than constructed it. This includes our Tobi-Ishi Marble Table, which we originally designed in 2012.

Key projects are also spoken about in the form of essays, written by Jana Scholze, who was previously curator of contemporary furniture at the Victoria and Albert (V&A) Museum. For example, the Loop Table is really important to us, probably because it was our first project and gave us confidence, and the Olympic Torch is probably our best known and most seen work.

DW: Which project are you most proud of?

JO: The Tip Ton chair, which we designed for Vitra in 2011. It’s not the most glamorous one, but we managed to find a new mode of use for a very standard object. It’s a one shot plastic chair with skid legs, which allows the user to tip the chair and sit back at an angle in a comfortable position. It’s like an inverse rocking chair and allows people to exercise their core. It’s an answer for people sitting still for hours, like in offices, and is good for their backs. We designed it based on research in ergonomics.

DW: And which project did you find most difficult?

JO: Definitely the Olympic Torch. Firstly, it was difficult winning the project – hundreds of design teams submitted interest in it. Then, once we won it, it was a real sprint to deliver the design; in the end, there were 11,000 torches made.

It was also tricky devising a design that would mean something to everyone when a lot of people were actually against the London Olympics; some people saw it as a waste of money. We were part of the team involved in getting people to buy into something, and our team was occupied with that project every single day for 18 months.

It was an object that formed part of the Games’ legacy and history, so it was a big deal; we had to get it right. It also had to perform well in terms of engineering. It had to be strong, light, carry a flame and not go out when four billion people watched it on opening night. 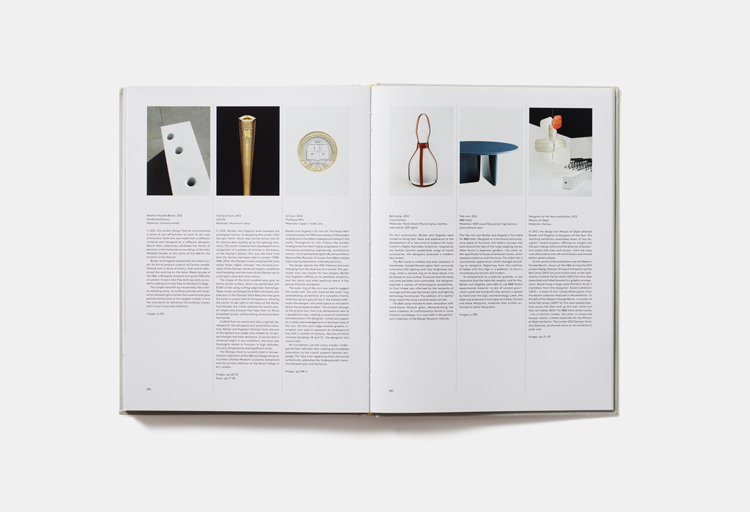 DW: How has your style as furniture designers changed?

JO: We’ve never really had a style, it’s always been an approach. We look at each project as if it’s the first time we’ve ever done anything. There are stylistic connections to our projects, but I’ll leave it up to the people who get the book to draw their own connections. It’s hard for us to find relationships between projects, they’re so diverse.

DW: So what approach do you take?

JO: In a way, we’re in the worst profession in the world. All of us are guilty of promoting the idea of consumerism when that’s the last thing we need. We have a duty to make sure we create furniture and objects that bring something new and valid to the market but also have a long-lasting legacy.

People shouldn’t need to buy so many things; we should buy things that can be kept for a long time, won’t break and will give you joy every day you use them. You should have a connection with these things and they should form part of your life permanently. Our approach is that a project has to really justify itself before you can let it be born. It’s much more fun to be an inventor than a designer, in that sense. It’s not just about styling something, it’s about seeking new ways of doing things.

DW: You’ve partnered with a lot of organisations – which one has been the most fascinating to work with?

JO: We’re lucky in that we’ve worked with lots of really good ones, which bring their own contributions. Vitra was the most interesting. We really thrived on the way they work and it was very collaborative. Such as with the Tip Ton Chair, we didn’t just take a sketch to a manufacturer and get a product made; we sketched out a written document, a thesis almost, then over two years we had conversations with Vitra, then the designs evolved out of that. The most powerful way you can be a designer is to collaborate with people with expertise, with great technical ability and manufacturing skills. Design thrives in that environment.

DW: Brexit could mean the UK loses access to EU copyright and intellectual property laws we currently benefit from – how do you think this could impact the furniture design industry?

JO: Our country has thrived for generations on the notion of being creative innovators. The post-war arts school system enabled people from all walks of life to express themselves creatively and bring to the world.

As far as I know, a large amount of our legislation is getting written into UK law. We would hope our Government – which talks a lot about the creative sector – heeds the warnings that are coming from creative organisations, and makes sure there is registration to protect our patent laws and intellectual property. That IP belongs to the country, and the people who came up with the ideas. Protecting people here leads to export and industry.

DW: And what can designers do to stop others copying their ideas?

JO: Ultimately, you can’t protect yourself from copycat designs, you just have to hope people won’t buy into copycat things. You can try to stop that happening by really using technical innovation in your projects to make them difficult to copy. The Tip Ton Chair was out for 10 minutes before we started seeing them being produced in China.

But these fake replica companies didn’t understand how we’d designed the mold or made them structurally strong. They also stuck an extra leg at the end and therefore couldn’t stack the chair. If you use your technical advantage, you can’t be copied easily.

DW: What advice do you have for designers to be original rather than derivative?

JO: Unless you can find a technical innovation, it’s very difficult not to be derivative. All forms of human creation, from fashion design to graphics, textiles and music, are all creations using the same ingredients. Most things have been visited before, and it’s impossible to claim you’ve created something brand new.

I don’t think people should be frightened of producing work that has references to other work, that’s a natural part of what we do as creative people. My advice would be to innovate through advances in technology, which have always enabled real newness.

For example, the cordless, Bellhop Lamp we created with Flos is so simple. It looks like it could have come from any time, except for the fact that it’s rechargeable. It means the product can be moved around and stay with you without a cable – it’s like being able to carry a candle around the house.

This wasn’t possible two years ago, as the battery would have died in a few hours, but the tech of LED has allowed us to create something new and think of new possibilities.

Barber Osgerby, Projects is written by Jana Scholze and published by Phaidon. For more info, head to Phaidon’s website.